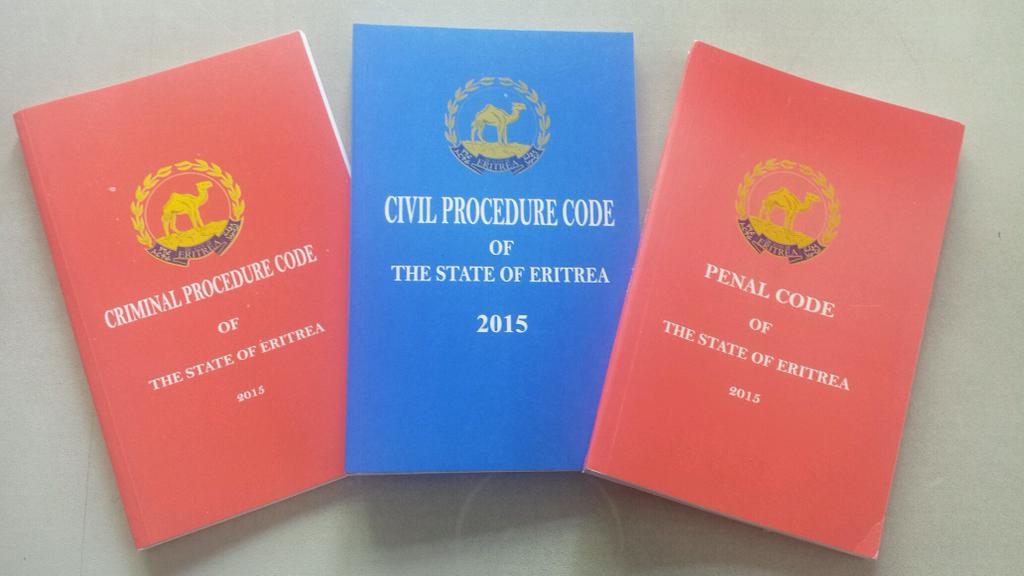 The government of Eritrea introduced civil and criminal penal codes in 2015 and is scheduled to release a national constitution in 2018.
Eritrea’s journey From a National Charter to the Planned 2018 First National Constitution of Eritrea by legal Means.
A Fresh National Dialog occurred through the Las Vegas ECCC, that took place at DESERT BREEZE park during our National Martyrs Day, on June 21, 2017.
I.   Introduction
A quote from the National Charter of Eritrea which was adopted by the 3rd Congress of the EPLF/PFDJ in Naqfa, February 10-16, 1994 had stated it this way:
"A National Charter for Eritrea" is not copied from books or from the charters of other countries. It starts from the realities of our country and society, and from our rich experience. It does not borrow wholesale any analyses or formulas that are fashionable in today's world either. Rather, by critically examining all ideas and relating them with the realities of our society and our experience, the purpose is to chart an independent line that works:”.
Article of the PFDJ National Charter:  (refer to the link for complete reading of the entire charter)
The intention of the National Charter for Eritrea was meant to be a standalone document and was never intended to fully copy from books or other countries experiences or ideology from abroad.  The national charter drafted with the intent of providing to the Eritrean People’s Liberation Front (EPLF) or People's  Front for Democracy and Justice (PFDJ), ideology to the overall building a national government which ensures unity and equality for the people of Eritrea; rejects all divisive attitudes and immoral mentally devious activities.   The real proven experiences of EPLF/PFDJ education toward the public was to:
(a)   The equality of economic and social justice (social justice as defined by PFDJ)
(b)   What are the greatest benefits to the national society in terms of economic, political issues and the resolution of all forms of social ills?  These are addressed before any   program approved by the government.
(c)   The safeguarding of the people’s fundamental rights of all Eritrean citizens according to the anticipating newly drafted constitution of Eritrea.  It is the fundamental rights, that all citizens are equal before the law and are entitled to equal protection of the law.
The overall effort of educating the Eritrean society, (Society is here understood as a nation with a circumscribed territory which is internationally recognized as a State of Eritrea) began a political awareness teaching within the civilians for safeguarding their human and democratic rights, and improve their material, cultural and spiritual lives; as well as attaining what the meaning of independence in legal terms is?  As soon as the independence referendum of 1993 was completed, the EPLF had begun a public education to take steps forward to the civilians in a sense of all their rights and their obligations to be disseminated to the general public (citizens) within the national charter guidelines.  Then in 1994 EPLF transformed itself into PFDJ moving toward the practice of justice and democracy in accordance to the guidelines outlined in the National Charter.  Then soon began the inevitable moments of constitutional crafting which would have been the  Eritrean National Constitution.  Additionally, the intention was to provide the Eritrean people for the national debate on fundamental social and political issues in a methodical way with a National Unity Consciousness (one country, one people, one nation and one heart) the most sacred words of the PFDJ ideology.
Source: Madote.com ..........Continue reading
172049-Eritrea’s journey From a National Charter to the Planned 2018 First National Constitution of Eritrea by legal Means..pdf
Back to Dehai News

VOE-DC:Tamerat Negera is an inconsequential individual, should have been ignored - Tesfaye Gebreab