GlobalResearch.ca: “Modern Attilla the Hun” Ravages Iraq, Libya, Yemen, Syria, Iran… China and Russia Block The Momentum, Are They the Next Targets?

In 1991-1992, just prior to, and following the collapse of the Soviet Union, the US gloated over its global supremacy which, of course guaranteed its unfettered dominance of United Nations agencies, the most powerful of which is the UN Security Council.  In 1990-1991 the US bullied all members of the Security Council into passing Resolution 678, which authorized UN-Nato bombing Iraq (using “all necessary means”).  At one point in 1991, according to the New York Times, the UK dropped one bomb per minute on Baghdad, and the result of UN Security Council Resolution 678 was the “destruction of the infrastructure necessary to support human life in Iraq” according to former US Attorney General Ramsey Clark, Prince Sadruddin Aga Khan, United Nations High Commissioner for Refugees, and former President of Finland Marti Ahtisaari, Nobel Laureate and United Nations Under-Secretary-General for Administration and Management.  The only Security Council members with the courage and decency to vote against Resolution 678 were Cuba and Yemen, with US Ambassador Thomas Pickering threatening Yemen’s Ambassador Al-Ashtal:

“That will be the most expensive vote you ever cast.”

Intelligence agencies have “long memories.” Is it possible – or probable that the slaughter-bombing of Yemen today is payback for Yemen’s courage in opposing US sponsored Resolution 678, defying US hegemony?  UN Secretary-General Antonio Guterres has described the carnage in Yemen today as  “the world’s worst humanitarian crisis.”  On August 12, 2020 the New York Times cited:

“Report Links Weapons Sold to Saudis by the U.S. to Yemeni Civilian Deaths….The State Department inspector general issued a report on Tuesday criticizing the agency as failing to take proper measures to reduce civilian deaths from American-made bombs used by Saudi Arabia and the United Arab Emirates in the catastrophic Yemen war…..The American-made bombs are central to the Saudi-led air war against Yemeni rebels that has resulted in what the United Nations calls the world’s worst man-made humanitarian crisis.  Thousands of civilians have been killed since 2015, many of them  women and children…Secretary of State Mike Pompeo pushed the $8.1 billion sale of these munitions, mostly made by Raytheon, despite a two-year bi-partisan congressional hold on the proposed transfer of the arms, comprising 22 packages…The move infuriated Democratic lawmakers, who asked the inspector general at the time, Steve A. Linick, to open an investigation….In congressional testimony in June, Mr. Linick identified Mr. String as one of the two officials who attempted to pressure him into dropping the arms sale investigation.  The other was Brian Bulatao, the Under Secretary of State for Management, and a longtime friend of Mr. Pompeo’s. ‘He tried to bully me,’ Mr. Linick said.”

United States dominance of the UN Security Council continued almost unabated through 2011, when, during the Medvedev Presidency of Russia, a phone call from US Secretary of State Clinton to Russia’s Foreign Minister Lavrov assured Russia’s abstention on UN Security Council Resolution 1973, while China was still too weakened to veto the abhorrent resolution, which led to Resolution 1973 approving “all necessary measures” under Chapter VII, authorizing the NATO members’ destruction of Libya, transforming the once progressive Middle East nation into a failed state, and the extrajudicial murder of President Khadafy, during whose torture-death he was sodomized with a bayonet.

Having succeeded in bending the UN Security Council to its predatory will, disguised as sanctimonious “concern for the human rights and democratic freedoms of the Libyan people,” the Libyan state was destroyed, as was Iraq, and both are now incubators of terrorism.  The US was evidently confident in its ability to bully the Security Council into authorizing a repeat performance, this time destroying the government of President Assad in Syria, beginning in 2011, but the Presidency of Vladimir Putin in Russia, and the ascendancy of China to great power status had not been factored into their grandiose blueprint, and by 2013 the multiple plans to gain UN Security Council authorization for attacks on Syria, overt or covert, were frustrated by the three double-vetoes cast by Ambassador Vitali Churkin for Russia and Ambassador Li Baodong for China.  Seven years later, the US during July 2020 is still trying to manipulate the Security Council into authorizing surreptitious invasion of Syria and destruction of the government of President Assad. 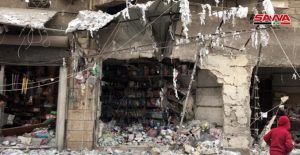 In July, 2020 there were three Security Council meetings on Syria, the West attempting to double “humanitarian aid” access routes to Syria from Turkey, thereby increasing Syria’s vulnerability to a NATO member.  Russia and China opposed this “new initiative,” leading to a virulent “right of reply” between the US Representative and China’s Ambassador Zhang.  The US Representative deplored China’s “lack of concern for the humanitarian needs of Syrian Civilians” to which China’s Ambassador Zhang brilliantly retorted:

“US unilateral coercive sanctions against Syria are causing the greatest humanitarian crisis for the Syrian people, and the U S’ hypocritical ‘concern for the needs of the Syrian people’ is a masquerade for their surreptitious effort to undermine and threaten the sovereignty and territorial integrity of the Syrian government, which is effectively providing humanitarian aid for its own people;   external interference is suspect.”

On the following Saturday morning emergency meeting a resolution was adopted permitting one border crossing at Dab Al-Hawa, the border crossing from Turkey into Northwest Syria. On August 5 the NY Times quoted John E. Smith, former director of the Treasury Department’s Office of Assets Control:

“It is generally the people of the jurisdiction that pay the ultimate penalty from the poverty that is inflicted on that government.”….”the vast nature of the United Nations sanctions efforts is scaring companies away from the region, even though they may be legally allowed to operate. ‘It’s a double-edged sword,’ said Basma Alloush, policy and advocacy adviser for the Norwegian Refugee Council, a humanitarian organization that operates in Syria. ‘If the US is using such sweeping, vast sanctions to yield some kind of political goal, they’re not paying enough attention to the unintended consequences.’ She added: ‘With the US adding this additional pressure on ordinary people that have gone through hell and back, they really need to do a lot more to demonstrate how exactly they’re going to be protecting these civilians.’”

Consistent with its savage trajectory, the US effort to coerce the UN Security Council into restoring international sanctions against Iran has reached the point of absurdity.  However that has not stopped  Mr. Pompeo. On August 21, The New York Times quoted Wendy Sherman, former American negotiator during the Obama Administration stating: “The United States does not have the standing’ to restore the sanctions and is unlikely to convince European diplomats that it did,” The United States infuriated even its allies on the Security Council when it withdrew from the JCPOA (Joint Comprehensive Plan of Action).  Nevertheless, the Security Council and the JCPOA contain a technical loophole enabling the US to again force its will upon the currently entirely alienated Security Council, and with breathtaking arrogance, 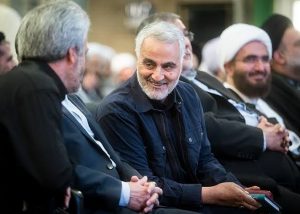 The unilateral coercive sanctions that the United States has imposed on Iran has devastated the Iranian economy and people.  The US assassination of Iranian General Sulimani was a criminal act in violation of international law.  The fact that assassination has been a method of eliminating leaders that do not bend to the will of US corporate interests is seldom raised in the Security Council, and the only powers that allude to these crimes are Russia and China, permanent members of the Security Council, and arguably the only ballast safeguarding a modicum of legitimacy for the Security Council at present..

The entire Middle East has been subjected to cataclysmic violence, and the trajectory is alarming.  It is now clear that the perilous schism between the United States and China may have deadly consequences, and there are multiple possibilities that could culminate in war, possibly the final war.

The classic culmination of monopoly capitalism is fascism, and the dynamic of capitalism is suicidal.  The question is: can this economic system based on greed and profit maximization be controlled, or replaced by a more humanitarian economic order?  As Xi Jinping referenced “The Thucydides Principle,” the question must be asked:  is it possible to avert armageddon?  And is the United Nations now a solution, or will it be swallowed up into an engine of the problem?

In his famous book “The Grand Chessboard, Zbigniew Brzezinski,  the psychopathic national security advisor of former President Carter stated that the greatest obstacle to US global dominance would be an alliance between Russia and China.  Brzezinski was, some say, demonically brilliant, and he probably recognized that the only force that the West could not defeat was precisely such an alliance.*

*Carla Stea is a Research Associate of the Centre for Research on Globalization (CRG) and Global Research’s Correspondent at UN headquarters, New York.