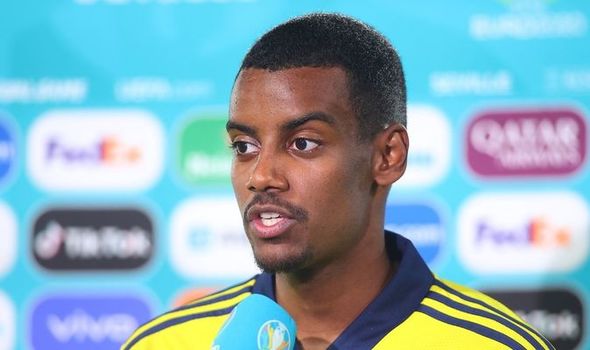 Arsenal are interested in Alexander Isak but are unlikely to trigger his £60m release clause (Image: GETTY)
Chelsea have decided to join Arsenal in the race for Alexander Isak this summer, newspaper reports in Spain claim.
The Swedish striker caught the eye in their Euro 2020 opener against Spain in Seville despite the match finishing goalless.

Isak was a constant threat throughout and came close to opening the score in the first half when his shot was cleared off the line and onto the post.

The Spanish defenders of course know him well from La Liga, where he has flourished with Real Sociedad.

Last season he fired 17 goals for the Basque club and was named the Young Player of the Season in Spain.

Isak's performance in Andalusia on Monday night saw him lavished in praise and now Premier League clubs are beginning to circle. 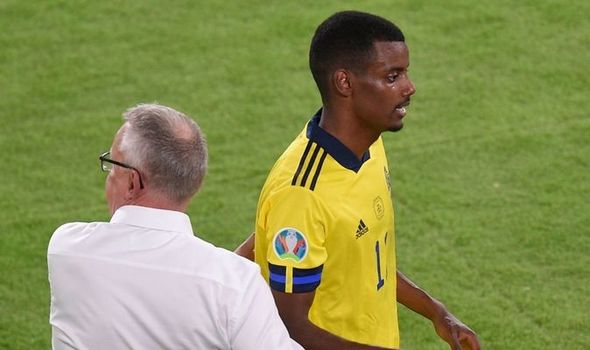 Arsenal were said to have identified Isak as a target before the tournament as his stock continues to rise.

According to today's print edition of Spanish newspaper AS, Chelsea have now joined the Gunners in the race for the 21-year-old, who has a release clause of £60million (€70m).

The Blues are on the lookout for a new striker and want to sign Erling Haaland, the man who effectively ended Isak's hopes of making the grade at Borussia Dortmund.

Yet Chelsea are well aware that signing the Norwegian could prove difficult given his value and therefore, alternatives are being identified.