The already-uneasy relationship between the two countries is showing signs of simmering over into protracted conflict. But how did it reach this point? 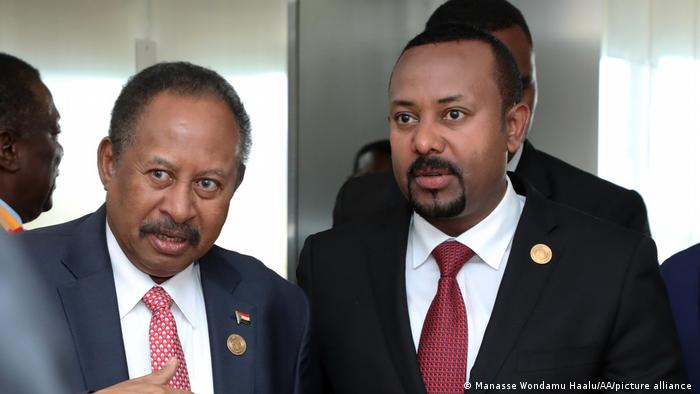 Tensions between Ethiopia and Sudan continued to escalate on Tuesday, less than a week after Sudan accused an Ethiopian military aircraft of crossing into Sudan.

The Sudanese army reportedly advanced to the west of Ethiopia's Gondar region near the border, while residents and government officials claimed some members of the military looted cattle and burned farmlands belonging to Ethiopian farmers.

Ethiopia-Sudan relations have long hinged on mutual suspicion and disagreements over territory.

A fragile peace between the two countries began to unravel in November 2020 after conflict broke out in Ethiopia's northern Tigray region along the disputed border. 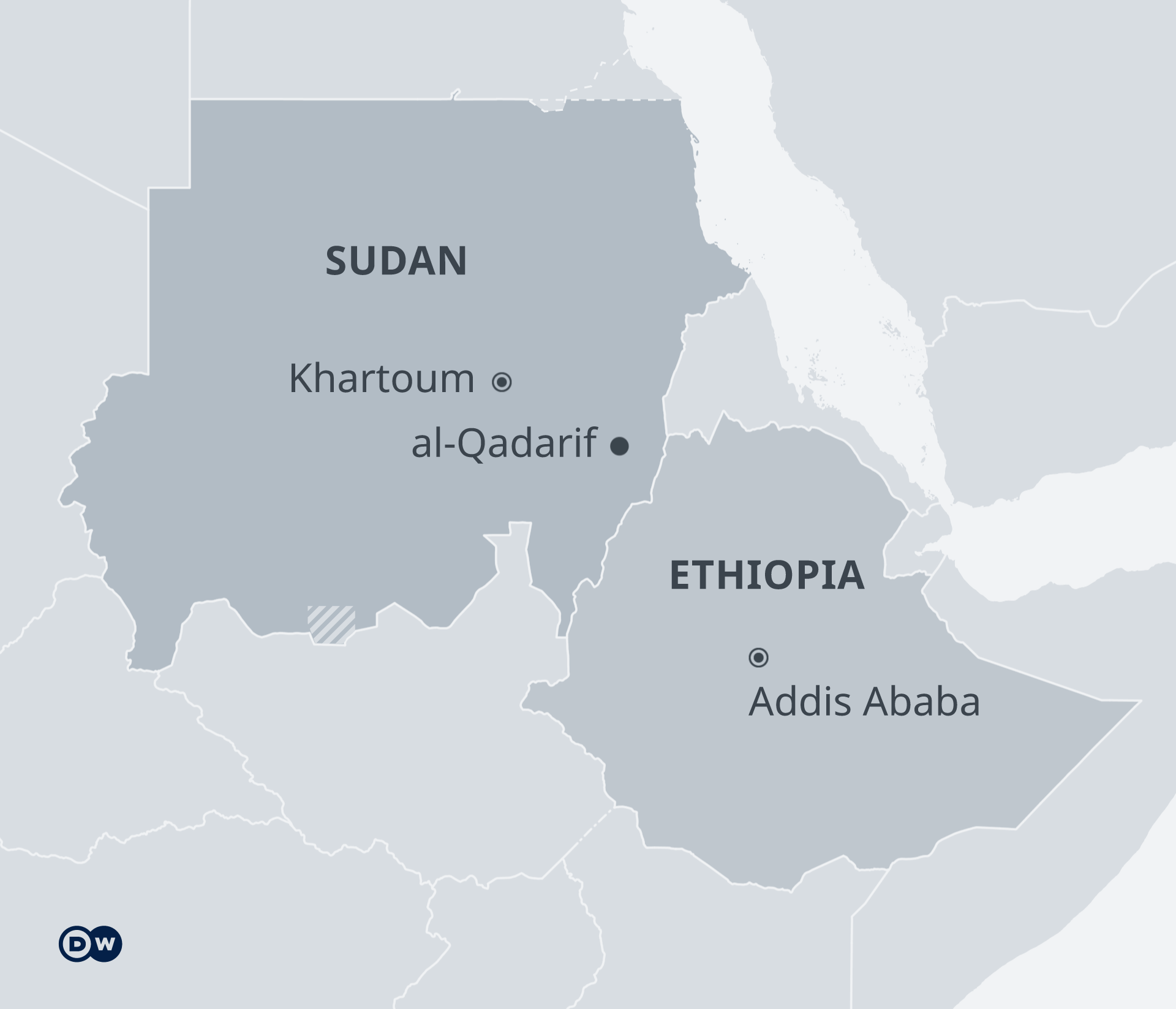 What's going on with the border?

The border between Ethiopia and Sudan has been disputed for more than a century, with a number of failed attempts to negotiate an agreement on exactly where the border should run.

Treaties drawn up in 1902 and 1907 between Ethiopia and Britain were intended to define the border between Sudan and Ethiopia.

But Ethiopia has long claimed that parts of the land given to Sudan actually belong to them.

"This issue has been shelved for some time and although there was Ethiopian agriculture activity in these areas, there seemed to be an understanding that it didn't mean it was Ethiopian land," William Davison, a senior analyst for Ethiopia at International Crisis Group told DW.

Decades of friction and negotiations seemingly ended in 2008 when a 'soft border' compromise was reached between the countries.

However, this agreement began to unravel after Ethiopia's Tigray People's Liberation Front (TPLF) was removed from power in 2018.

The Ethiopia delegation's head of the 2008 border talks, Abay Tsehaye, was a senior official of the TPLF, which ethnic Amhara leaders have since labeled a secret deal.

Initially, Ethiopian Prime Minister Abiy Ahmed's friendly relationship with his Sudanese counterpart was cause for optimism.

"He has spent a long part of his career in Ethiopia, so he knows a lot of people in the TPLF, but he's also very close to Abiy Ahmed." 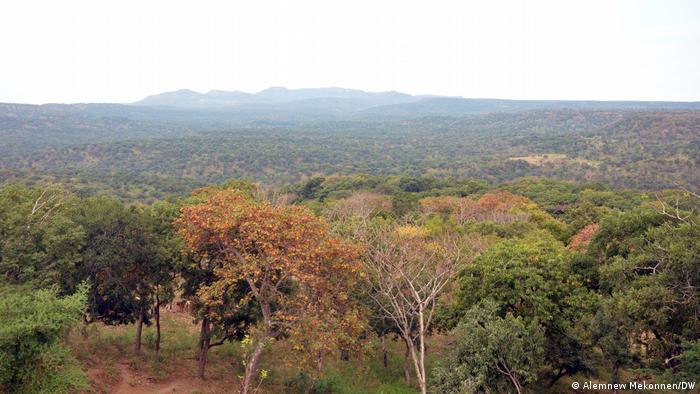 The Ethiopia-Sudan border is primarily made up of agricultural areas, which are also inhabited by Ethiopian farmers on Sudan's side

However, attempts to resolve the issue at a regional summit in December 2020 were unsuccessful. Shortly afterwards, clashes between the Sudanese army and Ethiopian shifta forces took place on farmlands in the border area.

"Exactly what has triggered [Sudan's] assertive move is not clear, but it is that assertiveness that Ethiopia believes goes against the agreements that the parties had to resolve this through negotiations that had led to the tensions," said Davison.

Ethiopia is also still reeling from an ongoing armed conflict in the northern Tigray region near the Sudanese border, possibly triggering fears on the Sudan's side that the Ethiopians may try and take some of the disputed amid the chaos.

"When Amhara nationalists and other elements in Amhara regional state reclaimed territory in Tigray that they say historically was Amhara, they are also looking at regions that were historically part of [Ethiopia]," said Davison.

"This is believed to have led to some concerns in Sudan that the Amhara farmers will consolidate their occupation of these areas which Sudan considered Sudanese."

Ethiopia's ambassador in Khartoum, Yibeltal Aemero, also accused the Sudanese military of taking advantage of the Tigray crisis to take control of the disputed land. 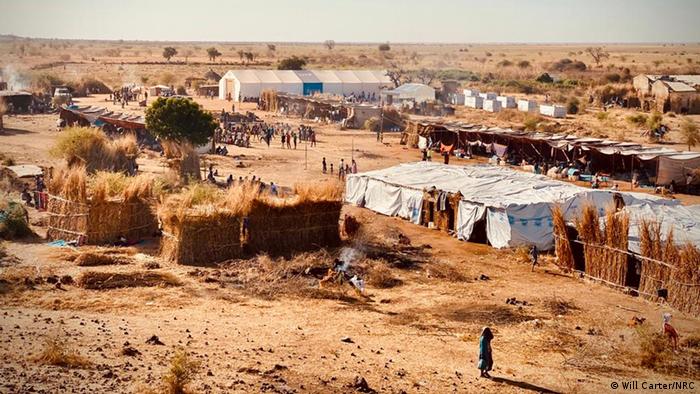 Sudan is currently hosting more than 50,000 Ethiopian refugees from the Tigray conflict. Refugee agencies are now scrambling to relocate the refugees away from the border

Although Ethiopian government forces declared victory over the TPLF in the northern Tigray region in November, sporadic fighting continues in a number of areas, while the humanitarian situation continues to worsen, prompting calls for access from international aid groups.

Away from the core issue of the border, the Grand Ethiopian Renaissance Dam also looms over Ethiopia and Sudan's tense relationship.

Ethiopia began building the dam in April 2011 about 20 kilometers east of Sudan's border. Once complete, it will be Africa's largest hydroelectric power plant. However, no agreement on the use of Nile waters has been reached – much to the concern of Sudan, which relies heavily on the Nile reservoirs for agriculture.

"Sudan was supportive of the Renaissance Dam, which of course can be beneficial to Sudan in terms of electricity, reducing flooding, enhancing irrigation," explains Davison. "But in the last couple of years Sudan has taken a more assertive stance, it's stressed its concerns about how the joint operation of the dam and the Sudanese dams are going to be managed…and that's led to some tensions in the relationship with Ethiopia." 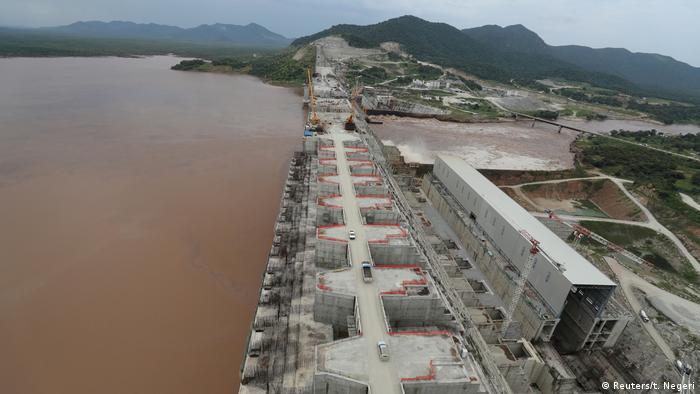 Is conflict on the horizon?

Despite Sudan's increasing assertiveness, Jahn said a protracted conflict is not in the best interests of the Sudanese interim government, or the Sudanese people.

"Sudan is in a deep government crisis with hyperinflation," said Jahn. "It is in the process of negotiating a new government with the rebel groups, the civilian side and the military, which has been repeatedly postponed … Sudan cannot afford this conflict at the moment."

Still, some civilians are already preparing to get their families near the border out of harm's way. 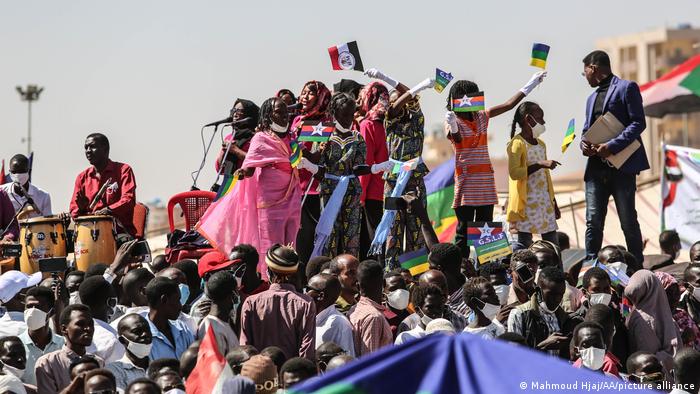 People in Khartoum celebrate the hosting of peace leaders in November 2020. Sudan is undergoing a political transition after the overthrow of Omar al-Bashir in 2019

"A lot of people in Khartoum are travelling to the east and relocating their family members to the cities," said Jahn. "So everybody is very afraid of an upcoming conflict."

But Davison believes that war between Ethiopia and Sudan is "by no means inevitable."

"We have reached a rather sticky point…but there is also plenty of opportunity for the parties to pull back and take themselves away from the prospect of conflict," he said.

"The prospect of Ethiopia opening up another major military front is worrying because the country is already very fragile and if it were to have more internal instability that would also have regional ramifications."