TheNewYorkTimes.com: Why Did Ethiopia’s Leader Just Launch Airstrikes on the Tigray Region?

Ethiopian fighter jets bombed targets in the restive northern province of Tigray, Prime Minister Abiy Ahmed said on Friday, in the latest escalation of a three-day old conflict that is driving the populous African nation toward a potentially destabilizing civil war.

Stores of missiles and other heavy weapons around the regional capital of Mekelle were destroyed in the airstrikes, Mr. Abiy announced on state television, making no mention of casualties.

“The first phase of our operation has been fully completed,” he said.

Mr. Abiy, who last year won the Nobel Peace Prize partly for making peace with Eritrea, ordered the start of a military offensive against Tigray on Wednesday after accusing the region’s ruling party of attacking a government defense post and attempting to steal artillery and military equipment.

A long-simmering feud between the federal government and the powerful faction in control of Tigray has been barreling toward such a violent confrontation in recent months. The conflict comes as Ethiopia, Africa’s second-most populous nation, faces mounting economic and social challenges amid a volatile democratic transition.

Here’s a look at why the Tigray issue became a flash point in Ethiopia, and what the situation there means for the broader region.

Why is Tigray strategically important? 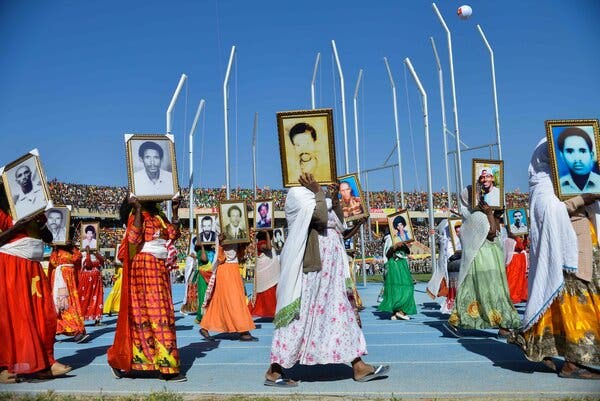 Tigray, the northernmost region of Ethiopia, is home to the Tigrayan people who make up an estimated 6 percent of the country’s population of more than 110 million. Despite its small numbers, the Tigrayan ethnic group has for almost three decades enjoyed disproportionate power and influence in government affairs.

After fighting the military dictatorship that ruled Ethiopia in the 1970s and 1980s, the Tigray People’s Liberation Front, or T.P.L.F., emerged as the leader of the coalition that took power in the country in 1991. The coalition, known as the Ethiopian People’s Revolutionary Democratic Front, consisted of four main political parties, largely split along ethnic and geographic lines, and it backed a federalist approach that gave significant power to Ethiopia’s regions.

Meles Zenawi, a Tigrayan, led Ethiopia from 1991 until his death in 2012, during which time Ethiopia became a stable nation in a turbulent region and experienced significant economic growth. But the coalition controlled all levers of power and repressed almost all political opposition.

Anti-government protests propelled Mr. Abiy into the prime minister’s office in 2018. Soon after, members of the Tigray ethnic group were purged from positions of power and arrested in corruption and security-related crackdowns — opening a deep chasm between the Tigray region, governed by the T.P.L.F., and the federal government.

Mr. Abiy has said that he wants to unify the country by increasing the federal government’s power and minimizing the autonomy of the regional governments. But Tigray has openly resisted, and other regions and ethnic groups are uneasy with Mr. Abiy’s centralization push.

Why did Mr. Abiy launch a military offensive?

Mr. Abiy said the government’s offensive was in response to an attack early Wednesday morning by the T.P.L.F. on a military base in Tigray. Mr. Abiy said in a televised speech later that day that during the assault, many federal troops had been “martyred” and wounded.

Mr. Abiy did not provide details, and it was impossible to verify his account because early Wednesday morning, the government of Ethiopia shut down internet and phone communications in the Tigray region, according to the digital rights group Access Now.

On Thursday afternoon, Gen. Birhanu Jula, the deputy chief of the Ethiopian National Defense Force, said there were “injured soldiers on both sides.”

The bombing raids on Friday, which followed sporadic clashes between government troops and local security forces across the region, indicated how rapidly the conflict is intensifying.

In his televised comments Friday evening, Mr. Abiy accused the leaders of Tigray of “criminal hubris and intransigence,” ignoring pleas from the United Nations and the United States, among others, to step back from the conflict.

The already tense relationship between the two sides had been worsening in recent months. Tigray defied the federal government by deciding to hold parliamentary elections in September, even though general elections were postponed because of the coronavirus pandemic. Ethiopian lawmakers voted to cut funding to the region in October, a move that incensed Tigray leaders. 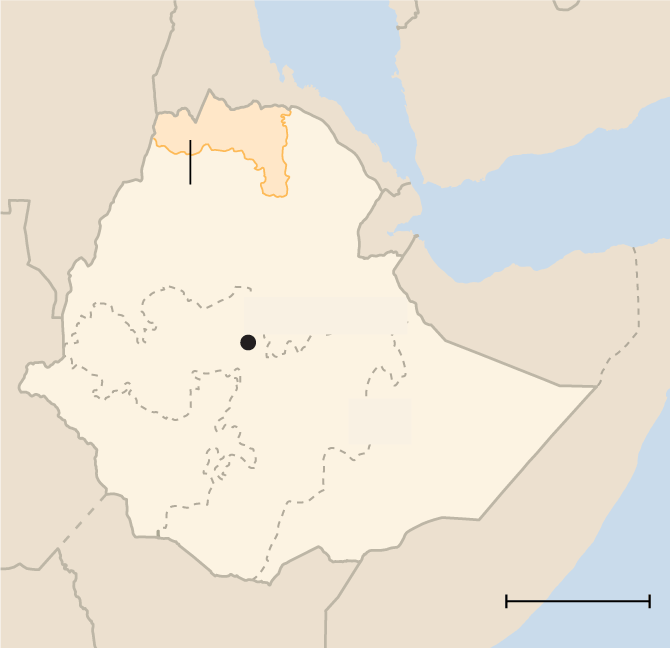 Following the announcement of the offensive, Mr. Abiy’s cabinet declared a six-month state of emergency in Tigray.

Tigray officials immediately announced the closure of their airspace, restricted road movement in the region, and declared that soldiers from the Northern Command of the Ethiopian military had defected and sided with the Tigray people.

How might this conflict affect Ethiopia and its neighbors?

The military offensive comes at a time when Mr. Abiy’s government faces serious challenges on multiple fronts. Besides battling the pandemic and working to boost a debt-laden economy, Mr. Abiy is confronting disaffection within his own Oromo ethnic community, many of whom say they do not see much progress despite his promises of change. Many Oromo have also criticized his government’s crackdown on them following the ethnic violence that resulted from the killing in June of a prominent Oromo singer, Hachalu Hundessa.

“Nothing good will come out from this war for any side,” said Mehari Taddele Maru, who lectures on governance and migration at the European University Institute, a graduate study center in Italy. “This is a transition gone wrong.”

Experts believe that a full-blown war in Ethiopia will be bad not only for Ethiopia, but also for the six countries that surround it.

The violence in Tigray could draw in nearby Eritrea, which is now allied with Ethiopia’s federal government and has a long-established resentment toward the T.P.L.F. Many veterans from the T.P.L.F. who participated in the Ethiopian-Eritrean war between 1998 and 2000 are now part of the Tigray region’s paramilitary forces.

Tigray has a paramilitary force and a local militia thought to number about 250,000 troops, according to the International Crisis Group.

What has Mr. Abiy done since coming to power?

At 44, Mr. Abiy is among the youngest and one of the most closely watched leaders in Africa.

Since coming to power two years ago, he has reshaped Ethiopia’s political and economic trajectory. The son of a Muslim father and a Christian mother, he has freed political prisoners, welcomed back exiled opposition groups, helped end hostilities with neighboring Eritrea and played a role in mediating regional conflicts inside and between nations, including Sudan, South Sudan, Djibouti, Kenya and Somalia. His efforts earned him the 2019 Nobel Peace Prize.

As part of his vision for a more unified Ethiopia, he last year launched the Prosperity Party, which has brought together members of the former ruling coalition — with the exception of the Tigray — along with previously excluded ethnic groups.

But over the past year, Mr. Abiy has come under criticism as his government detained opposition leaders, and security officers were accused of killing hundreds of people following unrest involving different ethnic groups. Mr. Abiy’s government has also resorted to old tactics by shutting down the internet and arresting journalists.

Jawar Mohammed, the prime minister’s biggest challenger, who hails from the same Oromo community, is currently in prison and charged with terrorism.

Mr. Abiy is also engaged in a high-profile standoff with Egypt over a hydroelectric dam that Ethiopia is building on the Nile, which will be the largest in Africa when completed.