3 refugees from Eritrea alleged forced work at a gold, copper and zinc mine controlled by Nevsun 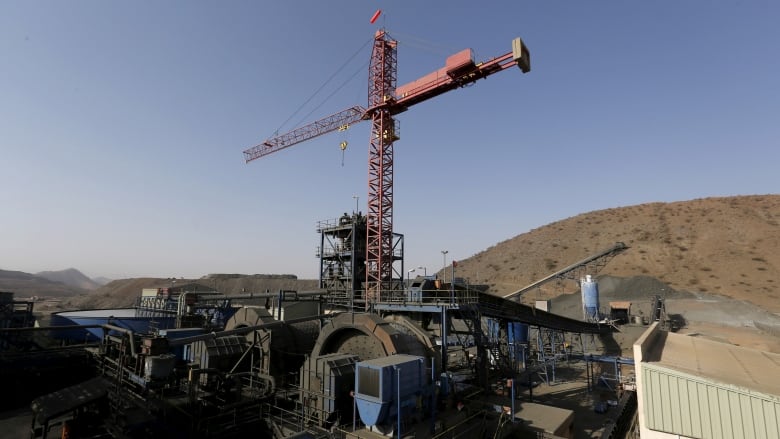 A general view shows the sag mill and ball mill within the processing plant at the Bisha Mining Share Company (BMSC) in Eritrea, operated by Canadian company Nevsun Resources, on Feb. 18, 2016. (Thomas Mukoya/Reuters)

A human rights lawsuit alleging slavery and torture has been settled outside of court with a Canadian mining company for an undisclosed but "significant" amount, according to Amnesty International.

In February 2020 the Supreme Court of Canada ruled the case could be heard in B.C. despite the fact it involved events in Africa.

The terms of the settlement remain confidential but human rights advocates say the outcome of this legal proceeding will resonate.

Tara Scurr is the business and human rights campaigner for Amnesty International Canada.

She says this case — brought forward by three refugees from Eritrea — involved allegations of torture, slavery and other human rights abuses.

The fact that the Canadian mining company opted to settle the dispute will send a message.

"It's a precedent-setting case. It's the first time that level of human rights abuse has been brought before a Canadian court for the activities of a Canadian extractives company overseas," said Scurr.

She said this serves as an example that such cases can be heard in Canada and result in significant settlements with corporations. 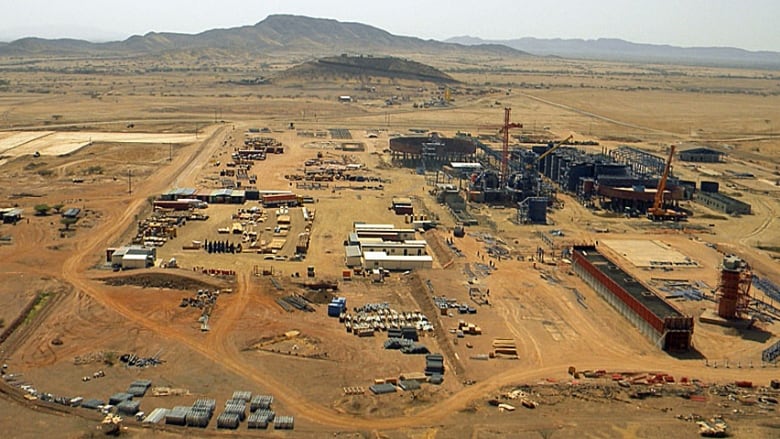 Nevsun Resources' gold and copper mine in the Bisha mining district in northern Eritrea, adjacent to Sudan. (CBC)

The case was first filed in 2014 by former mine workers Gize Yebeyo Araya, Kesete Tekle Fshazion and Mihretab Yemane Tekle.

The trio of Eritrean refugees alleged that Nevsun was responsible for benefiting from human rights abuses including slavery, forced labour, torture and crimes against humanity during construction of its copper and gold mine in Eritrea.

Amnesty International said in a news release that the terms of the settlement between the company and the three refugees are confidential.

The secretary general of Amnesty International Canada lauded the courage of the mine workers who came forward with their "horrific" experiences in a "groundbreaking" lawsuit.

"These individuals helped pave the way for corporate accountability overseas. Canadian companies must take responsibility for alleged human rights abuses associated with their operations, not just on Canadian soil, but anywhere in the world," said Ketty Nivyabandi.

SCOC allowed it to proceed in B.C.

In a landmark ruling, the Supreme Court dismissed Nevsun's appeal of the case and allowed it to proceed in B.C., affirming that international law applied to both states and corporations and making it clear that companies can be tried in Canada over serious allegations in other countries.

During the proceedings Nevsun denied that the company or any subsidiaries enlisted the Eritrean military to build the mine or supply labour, and said the refugees behind the court action were not mistreated.

B.C. courts dismissed Nevsun's attempts to make Eritrea the forum for the lawsuit.

In its March decision, the Supreme Court rejected the company's argument that Canadian courts are precluded from assessing the sovereign acts of a foreign government, including Eritrea's national military service program.

Scurr said the trio who first brought the case continue to suffer trauma because of their experiences.

She said workers described being bound and beaten, tied up in the hot sun and left for hours, while earning about $30 US per month. There was no sick leave and they faced retribution that affected their families if they took any leave.

She said the settlement is a relief for the families, despite the fact details about who was involved won't be publicized.

"It saves them giving testimony, giving evidence, having every single issue scrutinized and debated while they are still recovering from the terrific abuses they suffered. In fact, fantastic for them that the case has been settled. I know that they are very happy."

CBC reached out to former Nevsun executives who declined comment.

Requests to Zijin Mining Group Company, a Chinese company that acquired Nevsun in 2018 for $1.9 billion, have gone unanswered.

In previous statements, Nevsun denied all allegations and said it planned to "vigorously defend itself in court."

Landmark settlement is a message to Canadian companies ...