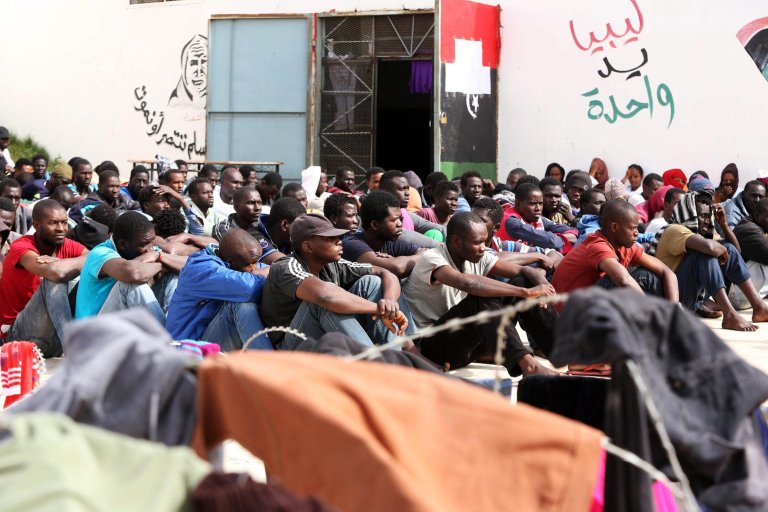 Almost 3,200 people are being held in eleven detention centers in Libya, according to IOM and UNHCR insiders. This includes many refugees fleeing armed conflicts and persecution.

A total of 3,196 refugees and migrants were being held in eleven detention centers across Libya as of October 19, sources from the UN refugee agency UNHCR and UN migration agency IOM told InfoMigrants partner ANSA. This reportedly includes 1,178 people under the mandate of the UNHCR. This means that these people are either asylum seekers who have fled armed conflicts or persecution and have been registered by the UNHCR or they come from countries generating refugees (so countries that are generally considered not safe).

The eleven detention centers are managed by the Directorate for Combatting Illegal Migration (DCIM).

Meanwhile, a charter flight on the night of October 15 marked the resumption of UNHCR refugee evacuations from Libya, ending a seven-month-long suspension.

The UN agency evacuated a group of 153 vulnerable refugees and asylum seekers from Libya and Niger as part of the Emergency Evacuation Transit Mechanism (ETM).

The UN agency said in a statement that humanitarian flights had to be halted in March, due to public health concerns related to the coronavirus pandemic, which led to the suspension of air traffic in many countries.

The people who were evacuated last week are nationals of Eritrea, Somalia, Sudan and South Sudan. Among them were 16 families and 15 children under the age of 18, many of whom were unaccompanied, UNHCR said in a statement.

All passengers tested negative for COVID-19 prior to departure.The group is now undergoing a two-week quarantine in Niger and further testing.

This is the second evacuation UNHCR organized thusfar this year. It brings the number of refugees the UN agency evacuated from Libya to 501. This includes 221 people who have been resettled in Europe.