Danakali bullish about sulphate of potash demand growth beyond Covid-19 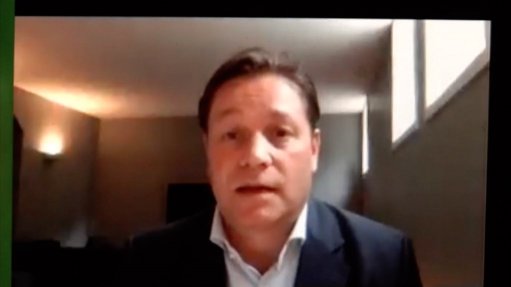 JOHANNESBURG (miningweekly.com) − ASX- and LSE-listed Danakali is cautiously optimistic about the food markets globally, despite uncertainty owing to Covid-19, and thanks to the sector’s resilience to the crisis.

Danakali is developing the Colluli sulphate of potash (SoP) project, in Eritrea.

Wage says demand for potash is being driven by the increasing global population, which is expected to reach 20-billion by 2050. This is coupled with people having changing dietary preferences, with increased demand for vegetables, especially in the growing middle class.

SoP is consumed in premium agriculture, which is broadly defined as all crops other than cereals and oilseeds. Wage notes that producers are generally prepared to invest in premium fertilisers to avoid chloride toxicity and provide improved yields and taste.

“The SoP market fundamentals are quite healthy. We can deliver consistent quality at a low cost over many years, which positions us well in the market.

“The world currently demands seven-million tonnes of SoP a year, driven by a well-established agricultural industry in the US, Europe and China. These regions produce high-value crops at high yields,” explains Wage.

He adds that there is a massive under-application of SoP in Latin America, Africa, Russia, Canada and Australia. Wage believes SoP has the ability to increase efficiencies in these countries' agriculture industries.

Wage explains that Mexico, for example, already uses mostly SoP in its agricultural sector, which is underpinned by beans, coffee and citrus fruits, while more avocados are being planted to meet “health food” demand in the US and Europe.

“We also see several macro-trends that are boding well for SoP demand. There is expansion in the cultivation of chloride-sensitive crops, which now cover around 20% of the world’s arable area.

“Over the past five years, chloride intolerant crops have grown at a compounded annual growth rate of 2.1%, compared with 1.2% for other crops, providing support for SoP consumption.”

Moreover, changing fertiliser and farming practices offer an upside for SoP demand over the coming years. Growing levels of fertigation have promoted more efficient use of fertilisers.

Water-soluble fertilisers are gaining traction, and SoP is well-positioned to fill the niche.

Finally, Wage says that, with weakening fundamentals forecast in grains markets, farmers are expected to shift areas towards chloride sensitive crops such as fruits and vegetables.

The higher value of these crops could encourage farmers to use increasing amounts of SoP to better capture yield potential, providing positive prospects for demand.

Danakali is developing the Colluli project in a 50:50 joint venture with State-owned Eritrean National Mining Corporation.

The project will start producing SoP in 2022. Wage assures shareholders that although some work in the first two EPCM phases had to be rescheduled in light of Covid-19, the delays will not be material to the project.

Wage adds that the Eritrean government has demonstrated strong leadership during the Covid-19 pandemic, embarking on proactive and progressive approaches as part of its overall response strategy. He is confident that the country will not suffer adverse impacts on its economy as a result of the pandemic.

Colluli is the only known SoP resource that allows for the extraction of potassium salts in solid form that, in turn, allows for immediate processing, significantly less time between mining and revenue generation, and a reduction of the evaporation pond’s footprint, consequently contributing to a lower overall capital intensity.

The company plans on using an openpit mining method without drilling and blasting, processing the ore on site and trucking it 230 km to the Massawa port for export.

The project has a real net present value of $439-million, with an internal rate of return of 31.3%.

Danakali has a ten-year offtake agreement in place with fertiliser producer Eurochem, which will take, pay, market and distribute up to 100% of Colluli’s Module 1 SoP production. Wage says this helps provide cash flow certainty for Danakali.

The capital requirement of the project to get to production is $250-million. The company has executed documentation for $200-million in senior debt financing from Africa Finance Corporation (AFC) and African Export-Import Bank.

Additionally, AFC has made a $50-million equity investment in Danakali, with the second (and final) tranche of this transaction – valued at $28.4-million – expected to be settled by November 21.