(New Europe) Competing for cooperation in the Red Sea

Competing for cooperation in the Red Sea 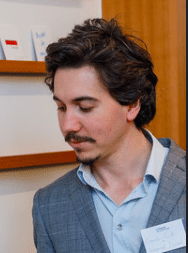 Intern at Gulf State Analytics. He previously worked in Djibouti, where he researched the Red Sea’s geopolitics and Arabian-East African relations

The council signed its charter at the meeting. AFP

On January 6, the foreign ministers of eight coastal states—Djibouti, Egypt, Eritrea, Jordan, Saudi Arabia, Somalia, Sudan, and Yemen—gathered in Jeddah to sign the charter of a new regional organisation.

The organisation’s lengthy name—the Council of the Arab and African States bordering the Red Sea and the Gulf of Aden—reflects its broad and ambitious mandate: Strengthening political, economic, and security cooperation across the region. The Red Sea basin is indeed one of the world’s most critical waterways, where 230 million people live and 10% of international trade and four million oil barrels transit every day. Not surprisingly, Middle Eastern powerhouses have partially reviewed their foreign policies to “pivot to the Horn” in recent years.

Despite their critical geostrategic position, Red Sea countries experience profoundly different conditions. At one end of the spectrum, Saudi Arabia has launched several large investment projects to build an oil-free economy such as Neom. At the other, two of the Council’s member states, Somalia and Yemen, are wrecked by civil war while another, Sudan, is coping with a complex transition to democracy. Such disparities are the reason why numerous actors from within and without the region called upon enhanced multilateral cooperation. In this perspective, the Council represents the first accomplished project rallying together the countries of the Red Sea and Gulf of Aden rim.

As the location of the signing ceremony suggests, the Council was conceived by Saudi Arabia. Born as a Saudi-Egyptian joint initiative, Riyadh took ownership of the project in 2018 by throwing its weight behind it to overcome the reservations of the other prospective members. The Saudi acceleration did not come without frustration from the Egyptian government. Instead of a light cooperation forum, as envisaged in Cairo, the Council has taken the shape of a structured organisation, perhaps not unlike the Gulf Cooperation Council (GCC).

The Council was not the only initiative on the table. In 2018, the EU and Germany tried to convene a meeting with regional stakeholders in New York but without much success. Moreover, the African Union (AU) and IGAD (the East African organisation) had both appointed special envoys to explore viable cooperation frameworks. But their proposals of large membership were met with resistance by Egypt and, to a lesser extent, Saudi Arabia. As a result, the Saudi plan outflanked all other initiatives for regional cooperation.

The Horn of Africa attracted Saudi Arabia’s attention in 2015 for a mix of military, economic and security considerations. Firstly, the Yemen civil war led Riyadh to secure the Bab Al-Mandab area to prevent arms smuggling in support of the Houthis. The Saudis hence took over the Eritrean base of Assab and agreed with the Djiboutian government to build a military base on its territory. Secondly, the Horn offered an attractive region for investments that could replace other Middle Eastern counties, such as Syria, from where Riyadh had withdrawn. Finally, yet importantly, Iran, Qatar, and Turkey, with their footholds in the region, constituted a security threat to Saudi Arabia in its close neighbourhood.

Given these considerations, the Saudi strategy centred around the provision of financial and security assistance to African governments in exchange for alignment with Saudi foreign policy. This Horn policy culminated with two significant accomplishments: the Saudi- and Emirati-brokered peace between Ethiopia and Eritrea and the decision made by Eritrea and Djibouti to downgrade their relations with Qatar in 2017. Now the Council of the Red Sea and the Gulf of Aden seems embedded in this very strategy. The overriding purpose of the organisation is regional security, as made clear in public statements. But despite the emphasis on piracy, smuggling and terrorism, Riyadh’s key security concern remains the Qatari and Iranian presence in the region. Therefore, the Council risks becoming just another instrument against Tehran, Doha and their likes that would extend divisions from the Middle East to the Horn of Africa.

Another fundamental issue affecting the Council is membership. During past conversations, Saudi and Egyptian officials rejected any extended interpretation of the region, as wished by the African Union. Nevertheless, even gathering direct stakeholders has given rise to frictions in a region fraught with bilateral rivalries. While Israel’s exclusion is unsurprising, the absence of Somaliland, the semi-autonomous state in northern Somalia with 850km of coast on the Gulf of Aden, deprives the organisation of a valuable asset in the fight against piracy and smuggling. Saudi Arabia backed down on Somaliland fearing to alienate Mogadishu, already close to Ankara. But even more notable is the exclusion of Addis Ababa, which complicates any cooperation project in the region. The country is not only projected to become the Horn’s leading political, economic, military and demographic power in the years to come but is also deeply reliant on the Red Sea and the Gulf of Aden for its development. Yet, once again regional enmities stepped in and Cairo vetoed Ethiopia’s membership as part of its diplomatic offensive against the Grand Ethiopian Renaissance Dam.

Other issues question the Council as a viable security structure

First, the pressures for the exclusion of Saudi Arabia’s rivals could exacerbate tensions between and within Horn states. For example, Qatar gave up its mediation role and withdrew its peacekeepers from the disputed border between Eritrea and Djibouti, when both countries decided to downgrade their relations with Doha. In Somalia, these pressures could put under strain the already troubled relationship between federal and local governments, respectively allied with Turkey and the United Arab Emirates.

Second, given the rapid but uneven growth rates across the Horn, any adequate investment in security should focus on rural development and public services. Nevertheless, Gulf-Horn development cooperation could suffer a severe setback as a result of the recent oil crisis. After the fall in prices in the past months and the OPEC agreement, Riyadh will understandably need to reduce its allocations to foreign countries. This would challenge the idea that Gulf’s largesse can be the engine of Red Sea cooperation.

As its premises show, the Council of the Red Sea and the Gulf of Aden rests upon Saudi Arabia’s foreign policy. While this framework could enshrine remarkable opportunities for cooperation, its setting appears at least problematic. The issues of membership, external and internal divisions, a securitised approach and the oil crisis will hunt the Council in the immediate and long term. The direction it will take is yet to be seen, as is the reaction of excluded actors. The first meeting of the Council’s chiefs of state will be crucial in this regard. The competition for cooperation in the Red Sea has just moved up to the next level.

Competing for cooperation in the Red Sea | New Europe