ModernDiplomacy.eu: The Dilemma of Democracy: Why has Pakistan Failed as a Democratic State? 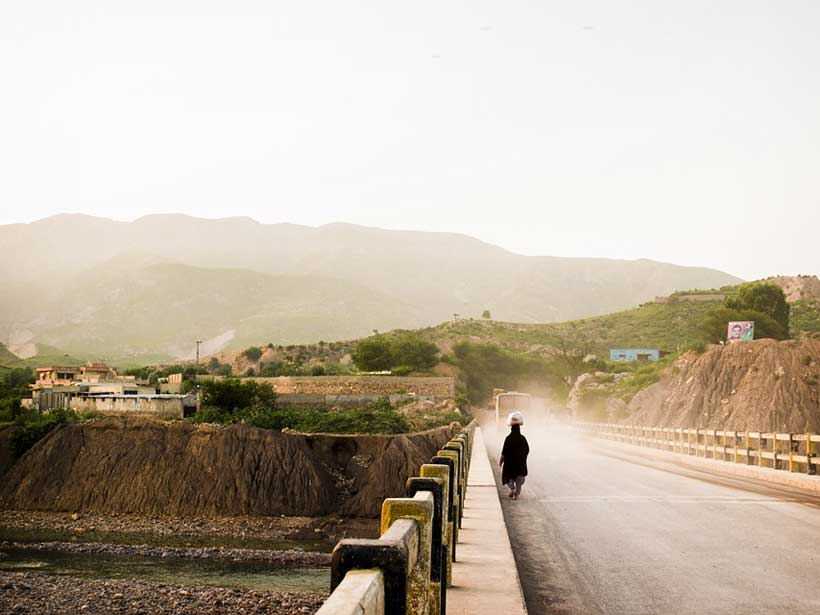 Democracy gives every man the right to be his own oppressor – James Russell Lowell. Although this quote is not conceivably pertinent for the western world; however, it is over and beyond applicable for the Pakistani democratic system. Despite coming into existence 73 years ago, Pakistan is still endeavouring for an authentic and real democracy. From weak political parties to unsteady institutions and lack of political awareness, Pakistan covers it all. However, in order to analyse the prospects of Pakistan’s democracy, the Pakistani political history needs to be examined.

To begin, upon the creation of Pakistan, a constituent assembly was set up. Their functions were: constitution making and serving as a legislature under the parliamentary system. Regardless of these critical obligations, the assembly failed deplorably. Firstly, there was an extraneous delay in constitution making; meaning, legal standards for the state’s functions and division of power were not clearly set out, leading to political unrest. Moreover, dodging general elections for selecting the members of the constituent assembly meant that it was unrepresentative of the Pakistani population; indicating the lack of democratic process. Furthermore, the assembly took insufficient interest in legislative work; as, they were involved in relishing the benefits of power. In fact, 16 out of the 28 ministers became ambassadors, governors or governor generals. Thus, since the very beginning, the Pakistani democracy was in shatters, laying down the foundations for a weak democratic system.

Furthermore, the failure of Muslim League as a political party, holds considerable  significance in the creation of Pakistan’s Sham democracy. Until 1936, the Muslim League was an unsteady organisation; however, Quaid e Azam gave it perspective and a new meaning. Breeding  it to become the most influential Muslim party in India. Since the main purpose of Muslim League was to battle for an independent homeland, Quaid e Azam had scarce time for the political training of his party members. Thus, the individuals had little enlightenment and background regarding running a  parliamentary form of government. Nevertheless, Muhammad Ali Jinnah was able to control and regulate  the political unrest of Pakistan, through becoming the first Governor General. He played an active role in the running of state affairs and simultaneously also presided over the cabinet. However, after his death, the politically uneducated members of the Muslim League were unable to develop and maintain a stable democratic government in Pakistan. The party got divided into fractions, and political activities were discouraged. As a result, there was no freedom of press, healthy competition etc. Consequently, the political elites isolated themselves from the electorate, resulting in the decline in democracy.

To add on, Pakistani government lacks democratic traditions, resulting in weak a democractic framework. Quaid e Azam set a democratic precedent by stepping down as president of the Muslim League, upon being appointed as the Governor General of Pakistan. He did not want to be associated with a party, since his responsibility was to look out for the interests of the entire nation. In this manner, Muslim League could pursue political activities without official interference and check on the activities of the parliamentary party and ministers. Notwithstanding, Liaquat Ali Khan discounted this practice, which resulted in weakening of the Muslim League and making it the handmaiden of the government. The weakness of the league encouraged the then Governor Generals to import leaders from outside the country, which were then imposed on to the party. For example, Pakistan’s ambassador to the USA, named Muhammad Ali Bogra, was appointed as Prime Minster by Ghulam Muhammad, and was then elected as the Leader of Muslim League. This altogether went against the spirit of democracy; as, in democracy the leader of the majority party runs for elections, not the other way around. Furthermore, another important point to be noted is that bureaucrats – who had no value for democratic principles- were being turned into politicians. A prime example is Ghulam Muhammad, who misused his powers to dismiss Khawaja Nazimmudin and dissolved the constituent assembly in 1954; such activities further collapsed the demoractic framework of Pakistan.

Moreover, Military interventions in the politics of Pakistan further annihilated the democratic system. Pakistan has experienced Military coups in 1958, 1977 and 1999, which weakened its democratic institutions, and adversely impacted the constitutional and legal developments of the country. As, under military regimes there is no freedom of expression, creation of political parties, healthy competition and freedom of press; all of which are essential factors of a democracy. As a result, democratic values in Pakistani society were lost, and the present day governmental system lacks political awareness. In this manner, individuals are unable to distinguish between corrupt political leaders and loyal ones. Thus, military interventions negatively impacted the democratic dynamics of Pakistan.

In conclusion, the Pakistani democratic system cannot be compared to the West, as its  system lacks several key essentials of democracy. Nevertheless, it is possible to learn from historical snarls, and find ways to establish an effective democratic system. This can be done through: raising political awareness, creating student unions in colleges and universities, and incorporating politics in curriculums; so that individuals can be informed on true democratic values and norms. Furthermore, civil institutions can be strengthened; since, civil military cooperation and consensus on important matters like terrorism can improve the democratic system. Pakistan still has a long way to go in terms of democracy, but a few steps in the correct direction can bring about positive changes in the political system of Pakistan.