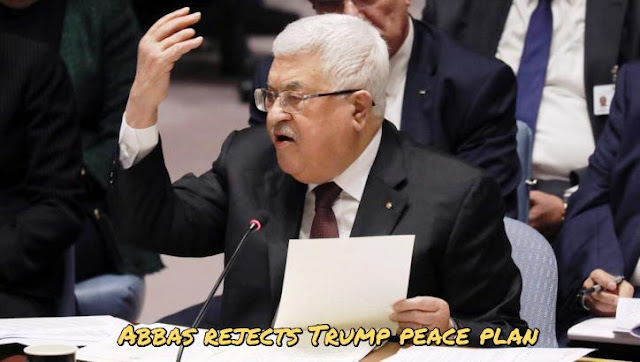 It is becoming increasingly obvious to the world at large that a peaceful, productive. flourishing Middle East is not only possible, but within grasp. Steps are being taken, plans are being made, to achieve a bright new future for the region. The Palestinian people could share in that prosperity, but their path forward is being blocked by their leaders – all of them, right across the Palestinian political spectrum.

It is clear that the Palestinian leadership simply cannot shake itself free of old outworn aspirations, no matter how unrealistic they obviously are in the here and now. Unfortunately for the Palestinian man and woman in the street, their leaders have no appetite for normalization or for peace. Encouraging economic growth, fostering industry and business, improving health and social provision, raising the living standards of its citizens – all have been subordinated to the objective shared by them all, which is to gain control of the whole of what used to be Mandate Palestine, eliminating or neutering Israel in the process..

The rejectionist Hamas organization and like-minded extremist bodies make no bones about it. They take their lead from the pronouncement by Yassir Arafat back in 1970: “Our basic aim is to liberate the land from the Mediterranean Sea to the Jordan River.... The Palestinian revolution's basic concern is the uprooting of the Zionist entity from our land and liberating it.”

Where Hamas and the Palestinian Authority (PA) differ, and differ fundamentally, is about the most effective way to achieve their common purpose. That disagreement is so basic that it has ensured the two main Palestinian political groups have remained at each other’s throats for decades. Recent reports of a reconciliation are likely to prove as illusory as the scores of previous such efforts. Hamas wants to replace Fatah and control the West Bank.

As for its policy toward Israel, Hamas believes that the only appropriate way to achieve its desired outcome is through terror and the armed struggle. Any pause in the battle – such as the agreement just reached on ending the tit-for-tat attacks on each other - must be of limited duration and represent a tactical advantage.

The PA also takes its lead from Arafat, but at a time when he was in a more strategic frame of mind. At the Oslo meetings in 1993 and 1995 Arafat decided to woo world opinion by supporting the two-state solution overtly, with the covert intention of using that support as a first step towards eventually overthrowing Israel. 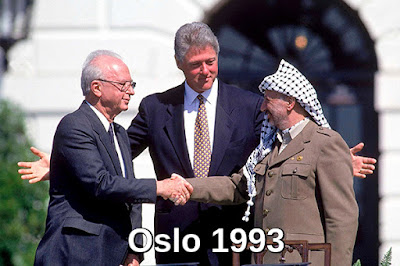 Not long after the conclusion of Oslo II, he held what was intended to be a secret meeting with Arab leaders in a Stockholm hotel. To his embarrassment, both his tactical plans and his strategic objectives were leaked to the Norwegian daily, Dagen. Among much else, he told Arab leaders that the PLO intends: “…to eliminate the state of Israel and establish a purely Palestinian state.”

Following Arafat’s death the PA, and its new leader Mahmoud Abbas, took their lead from his prospectus. A determined effort was made to win over world opinion to establishing a sovereign Palestine within the boundaries that existed before the 6-Day War in 1967 – that is, in the West Bank and East Jerusalem, and the Gaza Strip. Pressing for a Palestinian state within those boundaries inevitably meant acknowledging that a sovereign Israel existed outside them. This was the pill that Hamas and like-minded rejectionists found impossible to swallow. Clever-clever tactics were not for them. They would never recognize that Israel had any right to exist on “their” land at all, not even as one step towards its eventual destruction.

And that is where they are stuck today. Hamas never supported Abbas’s effort to gain recognition within the UN for the “State of Palestine”, because the state that Abbas sought recognition for was less than the whole. The problem for Abbas and the rest of the PA leadership is that they dare not appear less zealous than the hard-line extremists within the Palestinian body politic. So willingly, or perhaps in some cases unwillingly, all are forced to turn their backs on the bright future that is beckoning.

Peace to Prosperity, the economic leg of Trump’s Middle East peace plan, is subtitled A New Vision for the Palestinian People. It covers all aspects of Palestinian life from education and health care to taxes, roads and railways. With a financial input of some $50 billion, it is based on three pillars – the economy, the people and the government. 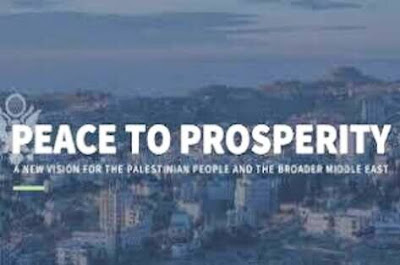 A main goal of the economy pillar – to connect Palestinian-occupied areas to regional and global markets – included integrating Gaza and the West Bank “through an efficient, modern transportation network, including a transportation corridor directly connecting” the two areas. “Billions of dollars of new investment will flow into various sectors of the Palestinian economy,” said the document, which also detailed how “hospitals, schools, homes and businesses will secure access to affordable electricity, clean water and digital services.”
The second pillar aimed to “improve the well-being of the Palestinian people” through educational programs, vocational and technical training, expanding the female labor force, reducing Infant mortality and increasing average life expectancy.

The third pillar proposed a range of reforms in the Palestinian government including reforming the tax structure and increasing exports and direct foreign investment.

In the document’s own words: “Peace to Prosperity represents the most ambitious and comprehensive effort for the Palestinian people to date. It has the ability to…open a new chapter in Palestinian history – one defined not by adversity and loss, but by freedom and dignity.”

Root and branch rejection from Palestinian leaders and spokesmen was immediate. The PA seems to believe that Trump’s “Deal of the Century” is a case of take it or leave it. That is not the situation. As the document states: "We hope that the parties will seize the opportunity, embrace this vision, and begin negotiations."

A Palestinian leadership genuinely committed to the welfare of their people could take the proposals in Vision for Peace as a starting point for negotiations. Stuck in the past, their knee-jerk response was to reject it. Their negative reaction to the historic UAE-Israel normalization deal is further evidence of how out of step with today’s reality they are.

The Palestinian leadership have positioned themselves on the wrong side of history. They are leading their people along a road to nowhere. The Palestinian people deserve better.
Home