ModernDiplomacy.eu: A war of Competing Narratives in Middle East 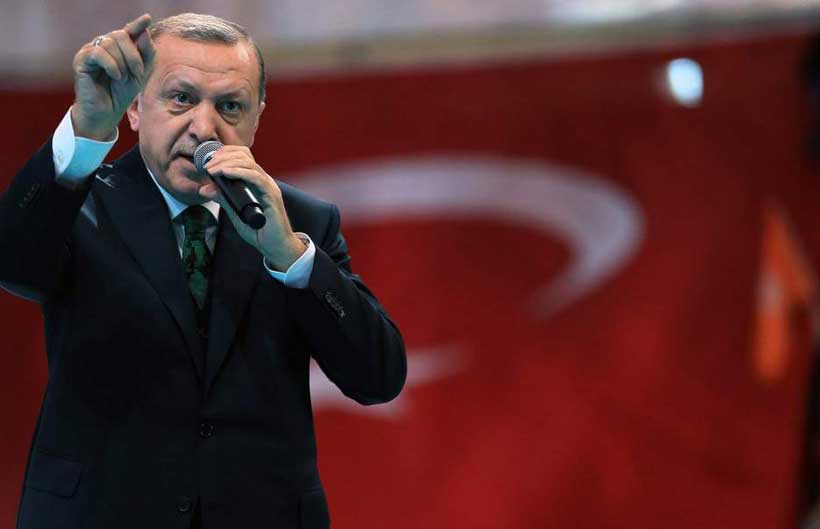 Narratives and metanarratives have a key role to play in determining and establishing the collective sense of history in a nation, as they fashion popular perception among masses. Movies, dramas, cinema or media in general have been contributing significantly in establishing these narratives for a long time, around the world. Since the era of world wars, period continuing through the cold war, until contemporary times – every entertainment industry across the world is advancing a particular narrative, objective or ideology. For instance during the cold war, United States produced and released movies like “The hunt of Red October” and “fail safe” as propaganda movies against the former Soviet Union. Media plays a crucial part in propaganda, soft power and public diplomacy, for it engages with ordinary audiences and therefore directly influences public opinion. However, this battle of narratives via media and movies has found itself a fresh arena in the Middle Eastern Region.

With active military conflicts in Syria, Yemen and Libya, the Middle East has been a troubled region from quite some time. It has been a potential proxy ground for Iranian and Saudi influence; consequentially it has also served as a home for some of the world’s most notorious terrorist organizations. However, out beyond the shadows of conventional politics of regional state actors, a new state is increasingly influencing the Middle Eastern region in contemporary times. Being present at the crossroads of East and West, Turkey has exploited its geopolitical position for centuries but after the forced secularization policies by the founding father of Turkish republic, Mustafa Kemal, it unilaterally abandoned that role – until recently. Turkey under current President Tayyip Erdogan has taken a front seat not only in Syrian matters but has also flexed a different kind of confidence while dealing with Libya. Whether it is about securing a ‘Safe Zone’ in the North Eastern Syrian region for two million Syrian refugees against the wishes of Arab states or about supporting the official GNA government in Libya against Gulf-backed Hafter government; Ankara has been changing the order of regional deck by replacing and sidelining Arab influence from the region. In another way, it is challenging the status quo prowess, which Arab countries like UEA, KSA and Egypt once enjoyed in the Middle East. The recent recognition of Israel by UAE has pushed political circumstances further towards a destabilizing situation in the region. Where Turkey has been extremely critical of the move, there the actual custodians of holy land and their allies have observed sickening silence.

Having said that, a storm of Drama wars is also gathering in the region. Arts and politics are overlapping grounds as it always has, but this time certain historical narratives are being endorsed in a way that they can result in kind of a ‘media coup’. Turkish period dramas or ‘dizis’ have taken over the world, the picture of history which they are painting has a potential to destroy the Arab states monopoly over Muslim community across the world. For instance, Turkish historical drama – Dirils Ertugrul has achieved a record-breaking viewership in South Asia, Africa, and the Middle East. It revolves around the life and journey of Ertugrul, father of Osman: who laid the foundations of Ottoman Empire. Ertugrul has become a face of efficient Turkish soft power, with underlying national objectives. It has not only glorified the Ottoman Empire but has provided adequate support to the current Turkish establishment to break the chains with its bewildering past and embrace the ideal of “Neo-Ottomanism” openly.

UAE, KSA and Egypt have banned Ertugrul and ceased it from airing in their respective countries. This Arabic bloc maintains that Turkey is advancing a nationalistic narrative, by showing one side of coin or by telling a selective narrative, which portray Ottomans as true custodians of Muslim world. Meanwhile, it has also argued that Turkish narrative has undermined the subjugation and humiliation that Arabs faced, due to Ottoman Empire’s ruthless expansion during the reign of Selim – the Grim. In order to generate a counter narrative, they produced another series last year, by the name of ‘kingdoms of fire’ or ‘mumlikat al Naar’. It is a fourteen episodes long series, which is directed by a British director Peter Webber; who is hailed for his work in movies like ‘Emperor’ and ‘Girl with a pearl earring’. Kingdoms of Fire is the story of resistance which Ottoman sultan faced from Mamluk commander Toman Bey-II, when he decided to conquer Egypt and expand Ottoman territory. It highlights forced occupation by Ottoman armies of foreign lands and brutal killings of dynasties such as Mamluks. Understandably, Istanbul has banned this series at home and is rather promoting their narrative of history quite skillfully. The advisor to President Erdogan has directed his criticism at such politicization of art, by saying that Turkish dramas have never painted “Arabs in a controversial way”[1], whereas Kingdoms of Fire has specifically targeted Turkish sentiments. The writer of Mumlikaat al nar, Muhammad Abdul Malik has also said that his drama is a historically more authentic and “well researched”[2] as he seeked help from credible historians while composing and compiling the script.

This race for recording and filming the authentic story or correct history has spread like fire in Middle East. The geopolitics and power dynamics in the Middle East are already highly sensitive due to simmering conflicts, while these drama wars are further adding into flames. Endorsement from rest of the world leaders has also become a part of diplomatic practices. For instance, Pakistan’s Prime Minister Imran Khan has praised Turkish serial vehemently and is showing the Urdu dubbed version of the show on Pakistan national television.

Whereas, Egypt is steadily removing the remnants of ottoman rule from Cairo by renaming squares[3], markets and popular places from titles or names of Ottoman pashas to Egyptian heroes. The latest judicial order of Turkish high court, which has opened the gates of Hagia Sophia, once again as a mosque, would not have been possible without a global campaign, which depicted Ottoman rulers in a stunning manner. This move has also provided Istanbul adequate ground in Sunni world, to potentially challenge the intellectual status quo – of Egypt based Al Azhar University over contemporary Islamic political thought – in Muslim world. As, Hagia Sophia has previously played a crucial role in defining and shaping Islamic political thought and intellectual cadre, under Ottomans.

In reality, expansions and occupations as large as they were, took place at horrific price and unaccounted bloodshed. History simply is not a black and white affair; it has all the shades of grey as the baggage of narrative is duly attached to it. That is precisely why; one would rarely find a true historian absolutely validating one narrative over the other, while critically evaluating a historical scenario. Politically manufactured narratives certainly have the capability of forging historic contexts in desirable outcomes. The recent use of media by Turkey can lay preferable grounds for Ankara, where it can redefine its position in Middle Eastern region in particular and Muslim world in general.