Forbes.com: The US Versus Chinese Investment In Africa 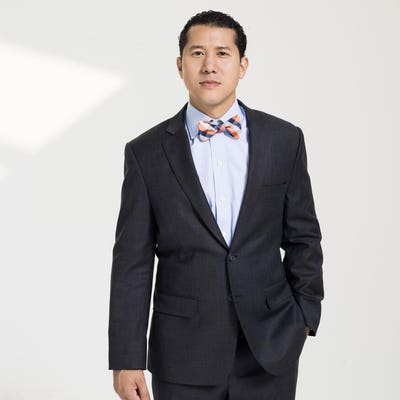 The United States recently launched negotiations with Kenya for a free trade agreement. The talks are quite a turnaround. From its onset, the Trump administration has been averse to new commerce initiatives with the continent. In addition, its approach has been more reactive, striving to counter China’s commercial, security and geopolitical influence in Africa, rather than proactive, seeking to fully implement the “Prosper Africa” and “US Africa Strategy.” These proposals initiated in 2018 and 2019 represent a winning American strategy in Africa which should focus on advancing mutual interests. Historically and to date, US economic engagement with the continent has been modest at best. A successful trade agreement would be the latest reinvigorating step per the US Trade Representative's statement, the "two countries recognize that an agreement between them has the potential to serve as a model for additional agreements across Africa."

Efforts renewed, the US building closer relationships with African countries can be a vital economic lifeline especially during times of financial instability and uncertainty; Covid-19 being the clearest example. China's relationship with its African partners is complicated, but will hopefully serve as a significant example in the future as the pandemic subsides. China's flagship global development strategy, the Belt and Road Initiative (BRI), has led to $1 trillion spent in roughly 70 countries. Despite Covid-19, the US-China trade war, the Hong Kong security law, and a decline in global trade, China's relationship with Africa can help soften the economic blows.

President Xi Jinping himself called "Mask Diplomacy," a primary issue in fighting Covid-19 at the Extraordinary China-Africa Summit in early June. The Alibaba foundation has already led much of the PPE relief efforts for several African countries. Alibaba has also benefited in regular business as a global key supplier of PPE throughout Africa and beyond.

Chinese-led infrastructure building will be needed to complement healthcare delivery. Electricity capacity, a long-term issue for many African countries, must increase to facilitate new equipment. The foremost Chinese partners in this sector have been the China National Petroleum Corporation(CNPC) and Sinopec, who are likely participants. Roads must be constructed along with new hospitals, warehouses, and manufacturing centers. Companies to keep in mind include the China Civil Engineering Construction Company (CCECC), which in 2018 received a $6.68 billion contract to complete the Lagos-Kano Standard Gauge Railway in Nigeria. An effort that is well-funded and coordinated in healthcare and complementary industries can lead to lasting sustainable goods and services rendered to many African markets. At the same time, providing significant returns for the Chinese partners.

There are wrinkles in this relationship for Africa. Development initiatives and aid in Africa are indicative of Chinese "soft power." In development, Beijing can utilize this avenue of engagement to gain influence. For a partnered African infrastructure development, the Chinese government, via an institution like China Exim Bank, is likely to offer a loan for backing 85% of the financing. Stipulations tied to the loan typically include the company leading the project and the equipment solely of Chinese origin. Locals enjoy the results, contrary to popular belief, that provides for job creation benefits as well. But there are significant issues that arise with this increased engagement. Many of the infrastructure developments involve unfavorable financial, technical, and environmental conditions for African partners. Chinese state firms that eventually build the proposed infrastructure are often the same firms conducting the assessments. Critics say this setup leads to developments that are not worth the project's price (and in essence, the loan) and did not require the latest technology. Through this process, the economic gains for China are cyclical and reinforcing. Export credits, the loan mechanism that this depends on, ties into the criticism levied at China of being a suspicious lender to developing countries. The influence that China then has over its debtor's future actions tie back into the critiques of this "soft power" approach.

How does Africa rectify this imbalance? Ofordeme Columba Nduka, Project Industrialization leader at Schneider Electric, who attended university in China and worked with Chinese partners on Nigerian developments, thinks that capital is a crucial first step. "African governments need leverage to renegotiate contract terms to include local sourcing for services or equipment. Better terms would have a huge boost for African participants in the industries related to these projects; reliance on Chinese capital means this doesn't happen," he explained. When asked if local labor laws could help, Columba remarked that although it would be great to hire more Africans, there is a belief that "one Chinese worker will end up doing the workload of four African workers." Chinese state firms send many migrants to work under conditions that make them more valuable than locals. The Chinese migrant will operate seven days a week compared to the African locals five days. Because China provides the funding, they can set the terms and reap much of the economic benefits. Capital investment, along with more robust public and private leadership, is the likely first step in building up these high growth industries' African counterparts to better that imbalance.

How should the US develop its relationships with African countries? Despite the negative perceptions in Sino-African ties, the benefits have generally been well received. The strength of this is in part due to the difference in perspective China has in building long-term relationships in contrast to the US's short-term time horizon and transactional approach. Deborah Brautigam, Bernard L. Schwartz Professor of Political Economy and Director of the China Africa Research Initiative at Johns Hopkins University's School of Advanced International Studies, describes US companies as seeing "risks whereas China sees opportunities." She remarked that US commerce doesn't get assistance via government action overseas like Chinese business. Government assistance to alleviate the risk would change their prospects and concerns.

If the free trade deal with Kenya is successful, the US can follow through on its statement of engaging with other countries. With government assistance clearing the path via substantial trade deals and other actions, US commerce can facilitate a worthwhile bottom-up approach in investment engagement with its private sector entities leading the way. In contrast to China's top-down approach, this will allow for US engagement to avoid some of the critiques that come with the government being too involved in the process. When powered by more long-term relationship building and cultural competence, the US can enjoy valuable benefits as it seeks to further engage with the continent as an equal partner. What African countries desire is respect and not derogatory insults. Contrary to popular belief, more partners are welcome, as Professor Brautigam says, "African countries don't have to and don't want to choose between the US and China." The opportunities are there, and African business is open.

Special thanks to Mr. Owakhela Kankhwende, Global Research Consultant at Momentum Advisors and MS Candidate in Business Analytics at Fordham University, Gabelli School of Business who also assisted with research and contributed to this article.