ModernDiplomacy.eu: War between Libyan groups and Syrian mercenaries erupts for the GNA wallet 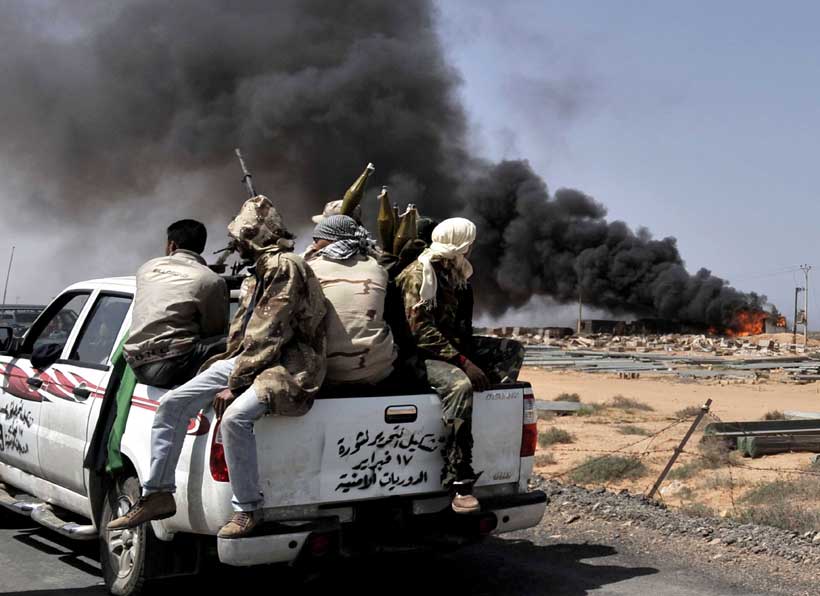 A series of large-scale anti-government protests and local clashes in Libya’s Tripoli demonstrate huge problems of the Government of National Accord (GNA).

At the same time, Sarraj’s reliance on Syrian mercenaries fighting on his side just adds fuel the fire. The recent open confrontation between GNA-affiliated militias and Syrian mercenaries erupted in al-Daribi area of Tripoli city on August 31 became a clear example of growing resentment among Libyans.

In addition, there was a powerful explosion on the same day in the area of Yarmouk Camp located to the South of the Libyan capital. As a result of the explosion 81 people were killed and more than 50 others were injured. This event has received considerable attention in the Arab world. Many regional and international media began covering the explosion. However, its reasons and prerequisites for the accompanying fighting on the streets of Tripoli were not mentioned. So, what was the reason for such kind of bloodshed?

It’s not a secret that from the very beginning most of the security forces under the control of the GNA, especially local armed groups, have negatively perceived the emergence of mercenaries from Syria in their country. The fact that Syrians receive salaries exceeding payments of local armed groups further had increased the displeasure of Libyan fighters. According to the local media, Syrians receive several thousand dollars monthly.

Local sources suggest that the massive explosion in the Yarmouk camp, which left behind a huge number of dead, was the result of fighting between Syrian and Libyan militants on August 31. According to them, there was a detonation of a vehicle loaded with ammunition after the GNA units fired at Syrians accurately with the RPG causing the powerful explosion.

According to analysts of the Jamestown Foundation, an American research center, the reason for the increased confrontation between Syrian mercenaries and local militias is Turkey’s and the GNA’s policy in dealing the Libyan conflict. Ankara and Tripoli prefer Syrian mercenaries to local armed groups. This condition arises from the fact that the Syrian nationals are only interested in earning money. The same cannot be said about Libyan armed groups, which along with financial benefit looking for ways to strengthen their position and extend its influence on local authorities.

It is difficult to suggest whether there will be a retaliatory strike by Syrian mercenaries, but it is clear that Turkey along with the GNA needs to change priorities to keep the situation under control.