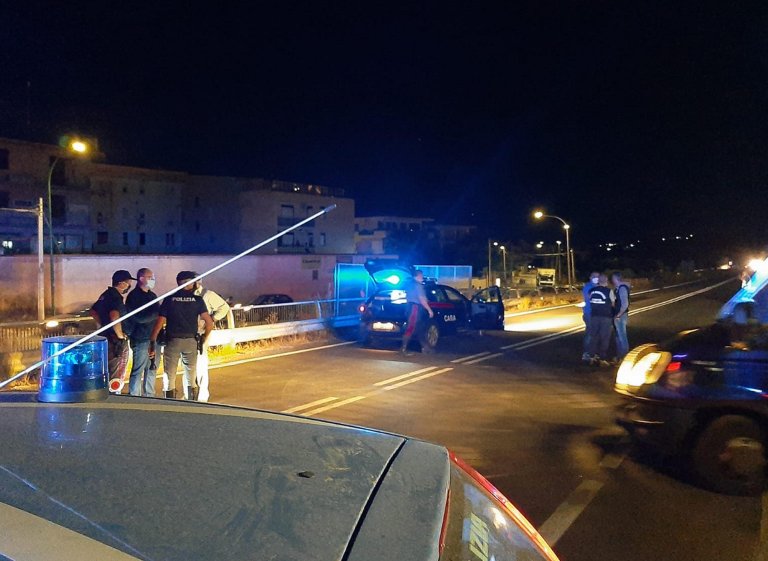 A young Eritrean migrant was killed by a car on a Sicilian highway on Thursday night | Photo: ANSA/

Migrant killed by car in Sicily after fleeing center

A young man from Eritrea was fatally hit by a car in southern Italy as he was running away from an asylum seeker residence. Three police officers were reportedly also injured. The Eritrean was part of a group of migrants who had attempted to flee the center following a protest against overcrowding and bad living conditions.

The young Eritrean migrant was struck and killed by a car on a highway in the early morning hours on Friday, according to reports from news agencies AP, ANSA and local Italian media. According to ANSA, the man was just 20 years old. He was reportedly part of a group of roughly 20 migrants who were trying to flee the "Villa Sikania" residence for asylum seekers. All others were reportedly caught and brought back to the center.

Three police officers who were trying to catch the migrant were also injured; none of the injuries appear to be life-threating, though one officer reportedly fractured a leg and required surgery.

The driver of the car was arrested and is being investigated for vehicular homicide. The 34-year-old man did not stop the car to help after the accident, according to ANSA.

Why were the migrants running away?

During the day on Thursday, migrants at the "Villa Silkania" center had staged a protest against overcrowding and bad living conditions at the residence in Siculiana, near the tourist town of Agrigento. Several migrants climbed up on the roof of the building. 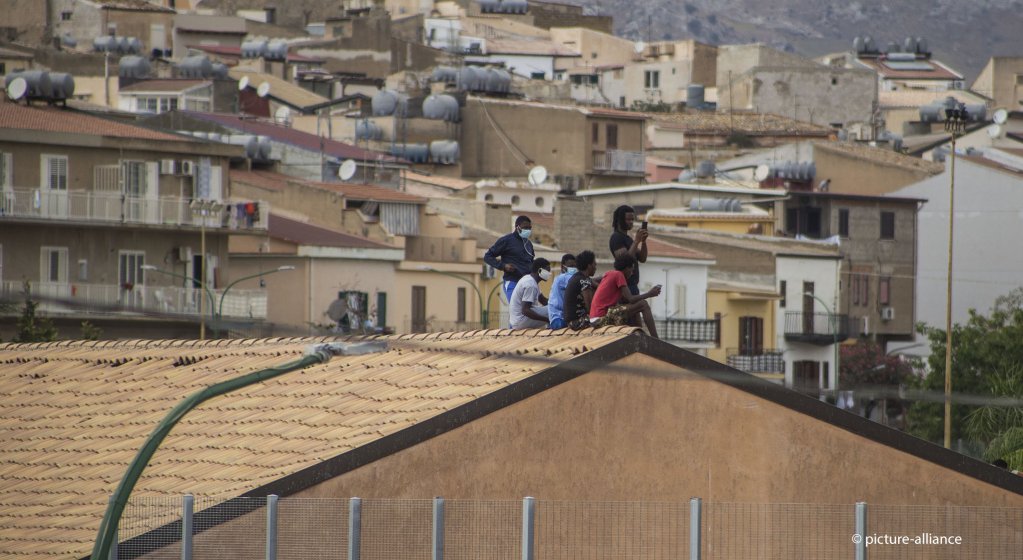 MIgrants climbed on the roof of the "Villa Sikania" center during a protest in September 4, 2020 | Photo: picture-alliance

In the southern Italian region of Sicily, several hosting centers for migrants and refugees are severly overcrowded -- which means that migrants can't socially distance themselves from others, one of the main precautions against the spread of the coronavirus. Protests against overcrowding have erupted at several facilities in recent months.

Recent numbers show that migrant sea arrivals -- which mostly take place in southern Italian regions like Sicily -- have increased significantly over the past year.

The Sicilian governor had issued an order to close all migrant centers on the island late last month because they could not uphold anti-coronavirus safety measures, but a court rejected the decree, declaring it invalid. 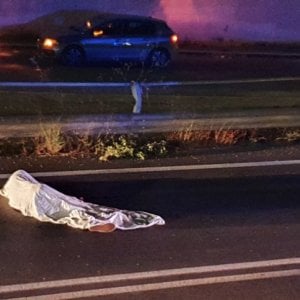 The corpse of the migrant on the asphalt (photo Sandro Catanese)
With AP, ANSA

Migrant killed by car in Sicily after fleeing center - InfoMigrants

Car hits and kills migrant fleeing from Sicily residence - The ...

MIGRANT DEAD IN SICULIANA, THE VIDEO AFTER THE ACCIDENT: THE DRIVER ARRESTED