ModernDiplomacy.eu: African Brothers: Morocco’s Stance on the Republic of Mali 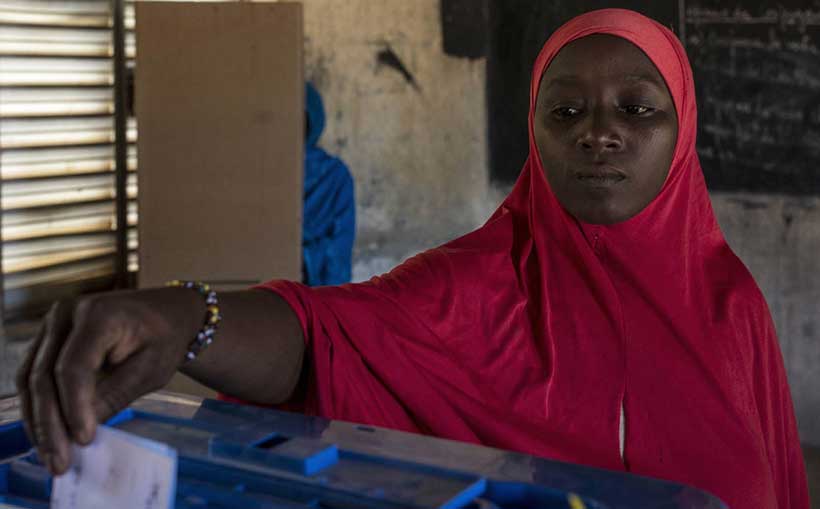 Unexpected Violent and drastic outbreaks that the Republic of Mali has seen for several decades, but the current unrest of the economic crisis and social constraints brought the state of affairs into a setting of confusion due to the lack of a political vision that would pull Bamako out of instability, which created a space for an internal coup d’état, which was officially realized a few days ago after a rebellion led it Military launched from the capital.

Yet, After the results of the legislative elections in Mali were announced, opposition voices manifested calling for the return of national elections in some regions and rejecting the decisions of the Constitutional Court, particularly the electoral district of the President of the Malian National Assembly. though, the Parliament, which proofed major violations, according to the opposition.

Although these events that followed by the international community have forged a comprehensive concern in the region, the military coup was met with global condemnations that called mainly for the return of military soldiers to their bases and rejecting regime change outside the legal framework. It is a position that the Kingdom of Morocco shares through its adherence to responsible dialogue and respect for the constitutional order, according to what was declared by the Ministry of Foreign Affairs.

Accordingly, the current assertion of Moroccan diplomacy indicates the intense efforts that Rabat has led over the past years to enhance the economic and social standard of life in Mali. For sure, it is necessary to point out the great virtue of two African -states Morocco and Mali -under the strategic friendship of which both states relations of comprehensive coordination and strategic partnership have known regionally and continentally. This is characterized by the highest degree of mutual trust by frequent royal visits, on one hand, the highest level of interaction and intimacy consensus on the second.

In light of the regional reality where the Kingdom of Moroccan upholds national stability in Mali reflects the kingdom’s stance since there have existed strong Islamic,  cultural, and historical traditions of friendship and solidarity in support of the African neighbors for peace, freedom and interstate security.

In this regard, Scholars and Experts on African studies as Mohamed Benhamou, a researcher in international relations, noted, “the Kingdom of Morocco has always – and still is – collaborated positively with African issues that would ensure the unity of the African sovereignty particularly Malian soil, given the state of instability for many years ago. He also added, that “what is going on in Mali is unconstitutional move and cannot be accepted, especially since the power took over by the military and resorting to illegal framework is not recognized by African Union states or even international organizations, notably within the African continent.”

Due to this, Morocco’s stance on the resignation of former Malian’s President Ibrahim Keita is rationally unexpected as a good confidant of Mali, Morocco appreciates the efforts of different parties in Mali to accurately undertake the current issue towards dialogue and compromise within the legitimate approach with a view to the long-term and component interests of the nation. The kingdom of Morocco regards the Malian people are suited for maintaining political peace stability and national security development. Behind this soft support is that Kingdom of Morocco denying to any superpowers’ intervention with the interstate affairs of Mali. For instance, Morocco points out that only the Malian people who will govern their political situation and other states will not be set aside to govern the future of Malian’s politics.

Though, the Kingdom of Morocco and the Republic of Mali have maintained friendly relations for a long time. Both states have stood the proving of time and ever-changing international landscape. In current years, the strategic cooperation in several domains between the two sides have frequently pushed on and brought substantial outcomes to each other. Rabat highly values its interrelations with West African Mali and stands ready to cooperate with all parties of the Republic of Mali to enhance Morocco-Mali friendship and across-the-board partnership. For example, In the Economic and market trading perspective, the total volume between the two states has reached 850.5 million dirhams in 2016, making Mali the 19th largest African supplier to the Kingdom of Morocco (39.3 million dirhams) and its 10th largest customer (811.2 million dirhams). Moreover, the Moroccans are aware that the stability and development of the Republic of Mali would serve the local people’s benefits and are the shared aspiration of the African and global communities.

As we all know, the kingdom of Morocco has indeed appreciated personal friendship with Ibrahim Keita. Even though it is reported that the Moroccan parties’ leaders and African Studies experts are a little bit displeased about Keita’s misleading of Mali’s economic policy which led to rampant corruption, the Kingdom of Morocco hopes the Republic of Mali to maintain stability and security without any anarchy. After all, Ibrahim Keita stays seen as making a significant contribution to Mali’s national Assembly and Party Rally for Mali (RPM). He is also an active advocate and promoter of the Pan-African movement.

Given this, the Kingdom of Morocco has surely kept his promise to Mali during this crisis and as well as to the African society. Despite its economics looks not solid as expected. Morocco’s policy through Africa is of a long-term strategic approach. Thus, Morocco has maintained on three aspects in terms of crisis management in West Africa mostly and in the Republic of Mali this time. First of all, Rabat calls to all parties of Mali that they should put aside the group’s interest to seek a peaceful and suitable settlement of the proper issue under the legal perspective and in light of Mali’s national stability and social order. Indeed, this is the consent among the social elites and the regular citizens as well throughout the state. Secondly, the Kingdom of Morocco has a large number of investments in the Republic of Mali which has the potentials to be one of the most promising economies and growing countries in Africa. By 2015, Morocco had invested nearly 100 MAD million, more or less than many other FDI sources, into the Republic of Mali. Recently, Moroccan enterprises and financial banking firms in Mali are the most dominant one among Arab or North African firms. Third, The Kingdom of Morocco has normally taken a favorable policy through Mali, and their partnership is mutual and profitable to both countries. Because of this, Morocco quests forwards to unifying the further strategic cooperation with the Republic of Mail in line with the principle of social equality, win-win situation, and shared outcomes no matter who takes power in Mali.

Yes, president Ibrahim Keita is displaced finally. But West Africa‘s growing showing to Morocco has led to big exports to the Kingdom and have enhanced promote economic growth on the continent. The doctrine of the new strategic cooperation has advanced secured Morocco-Mali relations and centralized Morocco’s responsibility to mutual economic incentive policy through the Republic of Mali. It is generally noted that just one week ago before Keita was advised to step-down, by the commander of the Forces Armées Maliennes.

In sum, African diplomacy is a component process based on dialogue, friendship, and compromise. Morocco and the Republic of Mali have shaped their strategic relations in a positive sense due to their long-term perspectives. Thus, their cooperation in West Africa would be more motivated and pragmatic. Yet, Let’s see how the leadership and legacy in Morocco react to their African brother’s needs in Mali taking a new chapter into the national reform and international openness transparency.