https://www.youtube.com/embed/xlzbIKcm9xA?feature=player_embedded
Already available as an ebook, and due to be published on 28 August 2020 as a paperback, ‘Trump and the Holy Land: 2016-2020’ is the only full account of President Donald Trump’s bold effort to deliver a plan for Israeli-Palestinian peace. Tracking and analysing everything from inception to unveiling, I examine the plan from both a geopolitical and economic perspective, ultimately begging the question – what will be the eventual fate of the “deal of the century”?

"I would love to be the one who made peace with Israel and the Palestinians," said Donald Trump as he became US President in 2017. "That would be such a great achievement."
"Trump and the Holy Land 2016-2020" is the history of that effort. It traces the development of what he called the "deal of the century" from its inception to its final unveiling on 28 January 2020.


On 28th January 2020, President Donald Trump stood next to Israeli Prime Minister Benjamin Netanyahu and unveiled his plan, officially titled “Peace to Prosperity: A Vision to Improve the Lives of the Palestinian and Israeli People”.
Known to most as the “Deal of the Century”, it was a bold plan to achieve Israeli-Palestinian peace, something first announced by Trump during his presidential campaign. Since its inception, I have been tracking its every move.
For the first time, the entire deal and its journey have been chronicled in book form. ‘Trump and the Holy Land: 2016-2020’ has been four years in the making; the product of much research, writing and analysis.
Starting with pledges Trump made during his presidential election campaign, I trace the development of what he termed “the deal of the century” from its inception to its final unveiling on 28 January 2020. The account of its evolution is set against the backdrop of a turbulent Middle East including such seminal events as Trump’s recognition of Jerusalem as Israel’s capital and his relocating the US embassy there. These, and much more, provide the setting for the slow emergence of the peace plan - events such as the defeat of the Islamic State caliphate, Trump’s withdrawal from the Iranian nuclear deal, the centenary of the Balfour Declaration, and the discovery of vast gas and oil reserves in Israeli waters.

The story of the origins, the development, and the unveiling of the “deal of the century” can be seen and judged effectively only within the context of the ever-shifting political kaleidoscope. ‘Trump and the Holy Land: 2016-2020’ does just that. 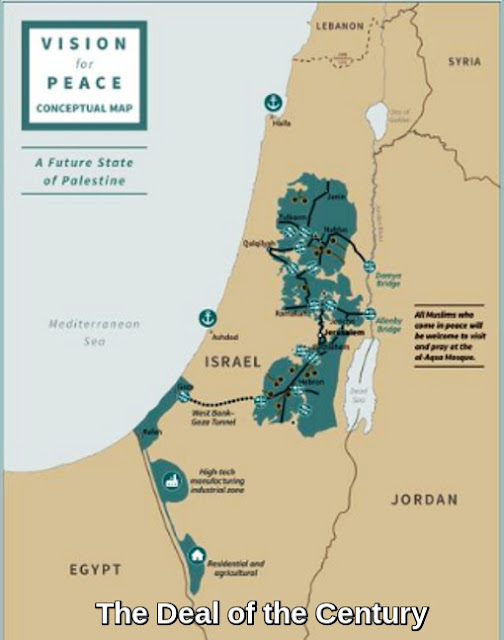 Posted by Neville Teller at 15:20 No comments: 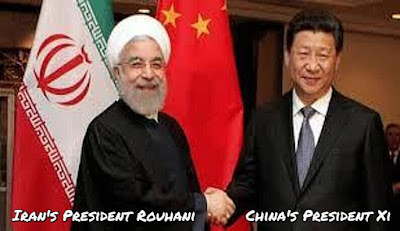 Has US President Donald Trump succeeded in uniting his worst enemies, China and Iran, in an alliance directed against America and the West? Instead of isolating Iran, as his foreign policy was designed to do, has he driven it into the arms of the Chinese?

During an Iranian parliamentary session on 5 July 2020, the Iranian foreign minister, Mohammad Javad Zarif, confirmed ongoing negotiations about a strategic partnership with China. On July 11, 2020 the New York Times reported that it had obtained a copy of an 18-page proposed agreement, dated June 2020, providing for military and economic cooperation between China and Iran. Under the proposed deal – which is linked to China’s broader Belt and Road project − China would invest some $400 billion in Iran’s banking, telecommunications and transport industries in exchange for access to Iranian oil discounted by as much as 32 percent. 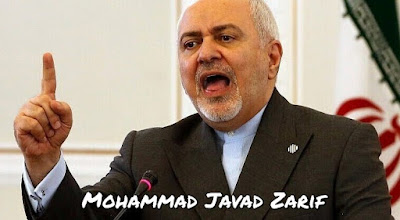 With both China and Iran at the sharp end of severe US sanctions, this initiative could be seen as a coordinated attempt to relieve the pressure and counter the worst of the effects. China imports 10 million barrels of oil per day to meet its industrial needs, and Iran could potentially meet most its demand. A steady supply of oil at a fixed price to China contradicts US policy, which aims to achieve Iran’s financial collapse by way of a stifling economic embargo.

The document also refers to the deepening of military cooperation between the two countries. In addition to holding joint military exercises, the idea of China constructing some sort of military base within Iranian territory – the transfer of some Persian Gulf islands to Beijing’s control is suggested – a proposal that, if attempted, could well result in some form of intervention by the US.

Apparently Russia also has a finger in this particular pie. The journal Arab News reports that a meeting between Iranian government, military and intelligence officials and their Chinese and Russian counterparts is scheduled for the second week of August, to discuss the remaining details of the agreement. If that goes smoothly, Chinese and Russian bombers, fighters and transport lines will have unrestricted access to Iranian airbases as from November 9.

It emerges that this China-Iran partnership was first proposed by Chinese President Xi Jinping during his visit to Iran in 2016. It took four long years, but it was finally approved by Iranian President Hassan Rouhani and his cabinet this June, having certainly been given the nod by Supreme Leader, Ayatollah Ali Khamenei. Even so, Rouhani’s hard-line political opponents within Iran, including his predecessor in office Mahmoud Ahmadinejad, are reported to have attacked it openly.

The strategic implications of this development are huge. If it goes ahead as planned, a new on-the-ground reality will have been created in the Middle East, and both America and the West in general will be facing an Iran greatly strengthened in its twin ambitions to dominate the Muslim world and defeat the democratic West. It will be vital for Israel, as a particular target of Iranian hostility, to be party to any planning directed at countering the adverse effects of the China-Iran deal. Of particular significance to Israel is that both China and Russia were signatories of the 2015 nuclear deal with Iran, since rejected by Trump but not by the other five UN members – a deal which, by 2030, frees Iran to start the process of becoming a nuclear power. The proposed China-Iran deal is intended to last 25 years from its signature, which could see it extending to 2045.

It is, however, important to place this effort within the context of China’s global ambitions generally. Its Belt and Road Initiative (BRI), adopted by the Chinese government in 2013, is the centerpiece of President Xi Jinping’s foreign policy. It involves China investing billions in 68 countries across Asia, Africa and the Middle East. Some describe Belt and Road as one of the largest infrastructure and investment projects in history, covering 65 percent of the world’s population; others consider it a plan for Chinese world domination through the creation of a China-centered global trading network.

It may be both, but the newly announced arrangement with Iran fits neatly within the overall structure of BRI. It is unlikely that China would allow any aspect of the deal to disrupt the Initiative as a whole, or unsettle its relations with other Middle East recipients of Chinese largesse. They are scattered across the region, many regarding the current Iranian regime − with reason in most cases − as their greatest threat. China would not wish to upset these working arrangements – essential components of its flagship foreign policy initiative – by associating itself too closely with the essentially terrorist inclinations of the Iranian regime.

Israel, for example, has benefitted greatly from BRI. China has made a substantial investment in infrastructure projects in Israel, including the expansion of the ports of Haifa and Ashdod, and the construction of the Carmel Tunnel in Haifa and the light rail system in Tel Aviv.

This China-Iran deal is troubling for the West in general, and the Middle East in particular. Although it does not represent an instant global threat, the effects of the new cooperation will need to be assessed carefully. Counter-measures may be called for.
Home