GlobalResearch.ca: The US Is Dangerously Flirting with the Afghan Scenario in Ethiopia 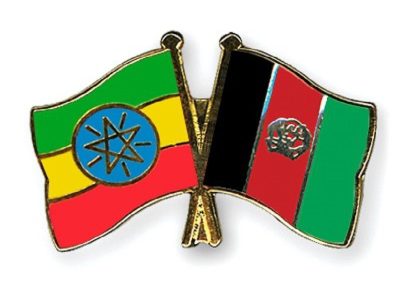 All Global Research articles can be read in 51 languages by activating the “Translate Website” drop down menu on the top banner of our home page (Desktop version).

Ethiopia might suspect that the US has ulterior motives in threatening an uninvited military intervention into the country on the pretext of evacuating its citizens who thus far don’t even want to leave because they still feel safe in the capital.

CNN reported on Tuesday that “The US military has positioned US special operations forces in Djibouti to be ready to provide assistance to the US Embassy in Ethiopia if the situation worsens, according to one military official and two sources familiar with the movements.” This comes after US State Department spokesman Ned Price denied last week that an Afghan-like evacuation was being considered despite not being prompted to compare the two. Associated Press reported Matt Lee then challenged Price as to why he’d even bring that up, which resulted in a tense exchange between them.

There’s some more background context that the reader should be familiar with in order to understand how dangerous it is that the US is now flirting with the Afghan scenario in Ethiopia. Despite denying that it’s taking any side in Ethiopia’s ongoing conflict, the US has indeed tacitly supported the Tigray People’s Liberation Front (TPLF) that’s designed by that country’s democratically elected and legitimate government as terrorists. The TPLF used to be the most influential faction of the former ruling party before falling out with Prime Minister Abiy Ahmed last year.

The TPLF’s surprise attack against the Ethiopian National Defense Force’s (ENDF) Northern Command in the Tigray Region in November 2020 provoked the latest war which Addis Ababa originally conceived of as a law enforcement operation that’s since morphed into an anti-terrorist campaign. The US has been pressuring Addis to regard the TPLF as political equals and enter into talks with them, with the latest instance occurring during US Secretary of State Antony Blinken’s recent trip to Africa. Congress also introduced a bipartisan bill that threatens more sanctions against the Ethiopian government.

Misleadingly called the “Ethiopian Peace and Democracy Promotion Act of 2021” (EPDPA), it demands exactly what Blinken did under the threat of sanctioning officials who continue the war as well as the country’s foreign arms partners. Following the TPLF’s military advances earlier this month in the neighboring Afar and Amhara Regions that they invaded over the summer following the ENDF’s withdrawal from Tigray as part of the state’s unilateral ceasefire, senior US General William Zana told the BBC that his country’s troops in Djibouti were “here to respond to crisis” in Ethiopia.

Pushing for Regime Change in Ethiopia

That provocative pronouncement prompted Djiboutian Foreign Minister Mahmoud Ali Youssef to tweet that his government won’t allow its American military guests to use their base there “for hostile intervention in the neighboring countries.” Nevertheless, US officials continued to fearmonger that its citizens should urgently evacuate the Ethiopian capital. In response, Ethiopian Ambassador to the US Fitsum Arega told Russia’s Sputnik that “It is regrettable that some should try to weaponize fear and alarm as a pressure strategy in aid of the TPLF.” He also claimed that Addis is safe and peaceful.

Making everything all the more dramatic was the US’ Federal Aviation Administration (FAA) advisory last week that the TPLF “likely possess a variety of anti-aircraft capable weapons, including rocket-propelled grenades, anti-tank weapons, low-calibre anti-aircraft artillery, and man-portable air-defence systems” that could pose a threat to civilian aircraft if the group advances closer to Addis. They therefore urged Americans to comply with their government’s advice to evacuate the capital. The emerging dynamics are that while the US denies an Afghan scenario in Ethiopia, it’s nevertheless fearmongering such.

This is extremely dangerous since Ethiopia is a sovereign state that doesn’t want the US military entering its territory without permission in order to evacuate the American citizens that have thus far voluntarily declined to heed their government’s advice to leave. Washington’s tacit support of the TPLF strongly suggests that it isn’t a neutral party in this conflict. Addis might therefore suspect that the Pentagon has ulterior motives in threatening an uninvited military intervention into the country on the pretext of evacuating its citizens who thus far don’t even want to leave because they still feel safe in the capital.

These tensions are a way of coercing Addis into treating the terrorist-designated TPLF as its political equal. The US is taking that group’s side since it regards them as an instrument for internally partitioning Ethiopia per the Bosnian scenario that was proposed last month by Alex Rondos and Mark Medish in an opinion piece for Politico. The first served until July 2021 as E.U. Special Representative to the Horn of Africa while the second served on the Dayton Peace implementation team and at the U.S. Treasury and National Security Council in the Clinton Administration. They’re very influential Western figures.

The reason why this scenario is being pursued by the US via proxy through the TPLF is to weakenEthiopia for geostrategic reasons connected to its New Cold War with China. Prior to the conflict, that country pragmatically balanced between both Great Powers, but Washington’s zero-sum geostrategic mindset regards any country’s mutually beneficial ties with Beijing as being to the US’ detriment. Since Ethiopia has historically led the continent’s anti-imperialist and pan-African movements, it could set a positive example for all others to follow if the US doesn’t punish it for defying its hegemonic will.

* Andrew Korybko is an American Moscow-based political analyst specializing in the relationship between the US strategy in Afro-Eurasia, China’s One Belt One Road global vision of New Silk Road connectivity, and Hybrid Warfare.