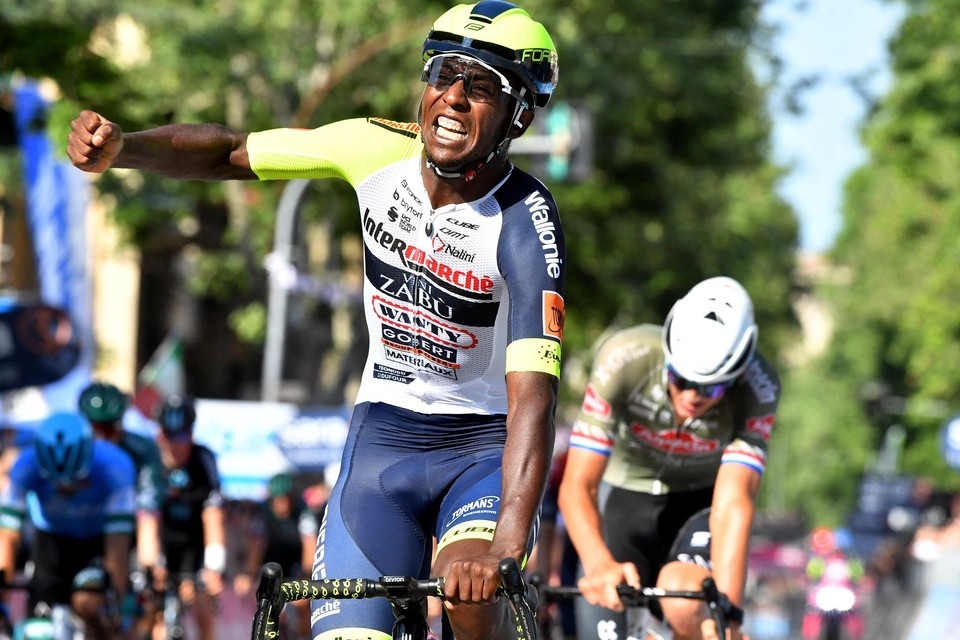 Biniam Girmay (Intermarché-Wanty-Gobert) claimed the first Grand Tour stage victory of his career - and the first in history for an Eritrean - as he put Mathieu van der Poel (Alpecin-Fenix) to the sword on stage 10 of the Giro d’Italia.

Having missed out to the Dutchman on the opening stage, before claiming four more top-five placings, Girmay finally bagged his win on a hilly day to Jesi that saw the pure sprinters dumped out of contention.

Van der Poel emerged from Girmay’s slipstream in the final 100 metres but was unable to get around and was left to sit up and give a sporting thumps-up as he crossed the line.

Vincenzo Albanese (Eolo-Kometa) claimed the final spot on the podium as a group of around 40 riders reached the finish in the lead group, including the general classification favourites and overall leader Juan Pedro Lopez (Trek-Segafredo).
© iStock

Biniam Girmay makes history on stage 10 of the Giro d'Italia