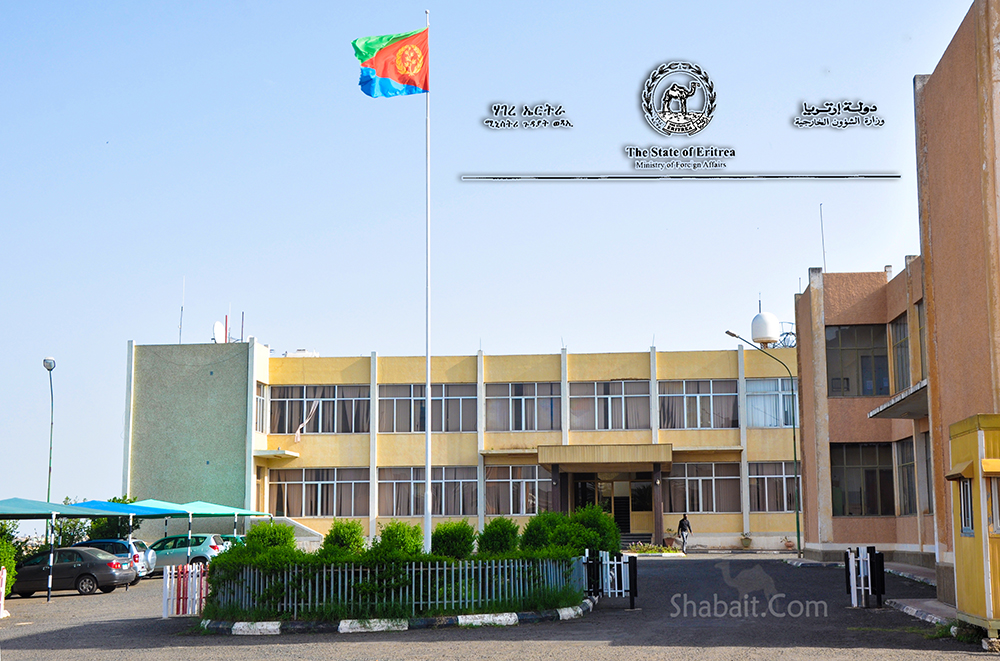 The Ethiopian Human Rights Commission (EHRC), and, the UN Office of High Commissioner for Human Rights (OCHCR), have issued today what they have termed as a “Joint Investigation Report into Alleged Violations of International Human Rights, Humanitarian an Refugee Law Committed by all Parties to the Conflict in the Tigray Region of Ethiopia”.

The Report provokes a host of critical legal, methodological and factual issues as well as matters of precedence, and, international norms and practices.

In this regard, fundamental pillars that require rigorous scrutiny are: i) legal jurisdiction of the entities that conducted the investigation; ii) standards of neutrality, impartiality, objectivity and professionalism of the investigative bodies; iii) credibility of witnesses and mechanisms to validate veracity so as to eschew perjury; iv) robustness and validity of inferences and conclusions that are drawn from the findings.

The Report of the Joint Investigation is found wanting in almost all of these metrics.

We will not delve, at this stage, into exhaustive examination of these parameters.  But we will briefly highlight the most tenuous aspects in order to underscore the critical flaws of procedure and substance of the Report.

In the first place, the EHRC and particularly its Director, Mr. Daniel Bekele, have a long history of visceral disdain and enmity towards Eritrea.  A defamatory and fully discredited report that Mr. Daniel produced, in January 2013, on Eritrea’s Mining Sector and the Bisha Mining Plant while he was the Head of Africa Division of Human Rights Watch, is indeed illustrative of the wider agenda of “regime change” that his agency pursued in those years.

Furthermore, OCHRC’s acceptance of “invitation, on 10 March 2021, from the EHRC to get involved in the Joint Investigation” raises other profound issues of legality and propriety.

Indeed, sad and unprecedented as it may be, a poignant fact in the conflict in the Tigray Region of Ethiopia is the indefensible stance of certain UN Agencies who have and continue to endorse the TPLF’s War of Insurrection.

Recent evidence from UN whistleblowers – graphically described by a senior official as marked by “much dishonesty and willful disinformation” – as well as the subsequent designation of seven UN Officials as persona non grata by the Government of Ethiopia accentuate the gravity of this matter.  (Eritrea had duly communicated to the UNSG, earlier in the year, its concerns on the unacceptable collusion of some UN agencies with the TPLF).

The inexcusable stance of these agencies is summed up in the outrageous public statement of former UN Under-Secretary General for OCHA, Mark Lowcock, in which he maintains: “It was foolish to send Ethiopian Federal troops to Tigray last November in an attempt to resolve what was essentially a political argument.  It was beyond reckless to invite the Eritrean army to help… the population of Tigray concluded they faced genocide and reacted to defend and protect themselves accordingly”.

In the same vein, the Draft Report replicates this fallacious and entrenched stance in perhaps less evocative language when it states: “On 4 November 2020, PM Abiy announced a military operation which he termed a ‘law enforcement operation’, against Tigray Special Forces and the TPLF.  The ENDF, ASF, and militias, and the EDF accordingly started a military offensive against the TPLF in Tigray”.

The conflict in Tigray region of Ethiopia started on November 3 last year, when the TPLF launched a premeditated, massive, and sudden assault on all the positions of Ethiopia’s Northern Command to neutralize Ethiopia’s largest contingent. The TPLF’s pronounced aims, in what it termed as a blitzkrieg assault, were to confiscate the weaponry of the Northern Command (which possessed 80% of the Ethiopia’s total arsenal) for the twin purposes of seizing power in Ethiopia through war and for its expansionist objectives in Eritrea.

If the Joint Investigative Team cannot get this fundamental fact right, the credibility of its report cannot be taken seriously by any standards.  This stance alone casts a long shadow not only on the neutrality and professionalism of those involved in the Joint Investigation but also provokes serious questions of motive and ulterior objectives.  Furthermore, the Report portrays a contemporary history of epic proportions in a very clumsy and distorted manner.

Eritrea won its independence on 24 May 1991 after a thirty-year old difficult struggle of national liberation against colonial occupation that exacted the precious sacrifices of over 60,000 freedom fighters.  The Joint Report ignores this history and wrongfully states that Eritrea gained its independence from Ethiopia in a referendum conducted in 1993.  The Report seems to convey the notion that the Dergue was toppled by EPRDF, in which TPLF assumed dominant position.  The Investigative Team is apparently clueless of basic facts; notably that the Dergue was defeated in Eritrea first and EPLF was instrumental in the subsequent advances of the EPRDF.

Let us now briefly look into the witness statements.

The first critical question to ask is the curious limitation of the period under investigation and areas covered.  But more importantly, is the threshold of “reasonable grounds” sufficient to build a case of possibly gross defamation of national institutions and personalities without even examining their historical track records or the peculiarities of the situation at hand?

The second point is extremely crucial in the Tigray conflict where TPLF and its organized bodies of disinformation have woven fallacious narratives without precedence.  Only last Sunday, a key militant of the TPLF, a certain Professor Kindeya Gebrehiwot, posted a message on his twitter handle urging President Biden and US Secretary Blinken to intervene on the basis of a photoshopped picture of “Ethiopian tanks and artillery firing randomly at the residents of Dessie from an open square in downtown”.  The actual photo is from a rehearsal for the victory parade, 2016, in Novosibirsk, in Russia.  (A catalogue of the litany of vile disinformation has been compiled and this will be published in due time).

In the event, justice to the EDF as well as to alleged victims can only be served with an exhaustive, impartial, truthful and holistic investigation conducted by the GOE and other relevant bodies in accordance with Eritrea’s domestic laws, the conventions that Eritrea has acceded to, and in consonance with international practice in such cases.

We will now address, in a cursory manner, some of the egregious claims which seem to have no validity whatsoever.

In conclusion, the Joint Investigative Report does not have validity for the reasons and considerations cited above.  On the other hand, Eritrea fully adheres to all the principles and provisions of International Human Rights, Humanitarian and Refugee Laws that it is a signatory of, and whose basic tenets are enshrined in its own domestic laws.  In this perspective, the GOE routinely undertakes, and will continue to undertake, rigorous investigations to ensure accountability in the event of a credible and verifiable violation of these laws by any member of its Defense Forces.