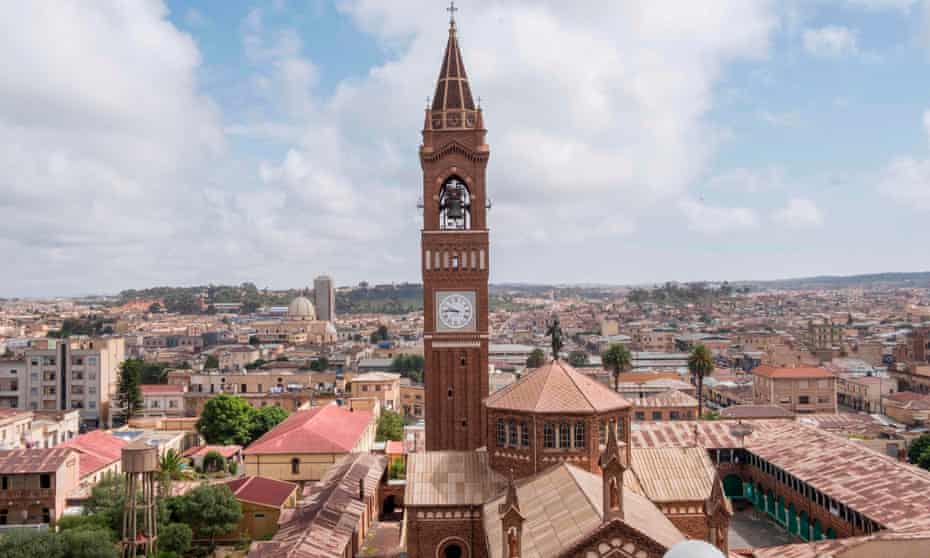 A view of Asmara, the capital of Eritrea. The country was colonised by Italy in 1890. Photograph: Maheder Haileselassie Tadese/AFP via Getty Images

Hundreds of Eritreans of Italian descent who trace their ancestry to the period of Italy’s colonial rule are demanding Italian citizenship, a right denied to them by Benito Mussolini’s racial laws.

A group of more than 300 grandchildren or great-grandchildren of people born to Italian fathers and Eritrean mothers have written to the Italian president, Sergio Mattarella, and other government officials urging them to “finally examine and resolve an issue that has never really been addressed, a crime of colonial racism that marked the life of thousands of innocent women and men, and which continues to discriminate against generations of Italians”.

Eritrea was colonised by Italy in 1890 and over the next six decades an estimated 20,000 children were fathered by Italian men, many of whom were military officials or soldiers living in the country for a short period of time and who never acknowledged the children.

Relationships between Italian men and Eritrean women, who were usually young domestic workers, were mostly tolerated until Mussolini’s last decade in power, during which time he enacted laws making it a crime for Italians to have mixed-race children. Prior to that, a small number of children were acknowledged by their fathers and recognised as Italian.

“Things got much worse with the fascists in the 1920s and 30s because they had this very racist idea of a society that did not include mixed-race children,” said Vittorio Longhi, an Italian journalist of Eritrean origin and author of the book The Colour of My Name. “Before the racial laws were enforced some children managed to be recognised as Italian, but the vast majority ended up in orphanages as their mothers didn’t have the means to raise them.”

Longhi’s grandfather, born in 1896 to an Italian military officer and Eritrean mother, and grandmother were mixed race. “They were lucky as they were born at the start of colonialism,” said Longhi.

The consequences of colonisation lingered long after it ended, with many Italian-Eritreans persecuted as they were considered the heirs of “invaders”. “My grandfather was shot dead for being mixed race,” said Longhi.

Eritreans of Italian descent have been fighting for recognition since 1992, when Italy legalised dual-citizenship for people who could claim an Italian bloodline. One of the main issues is that they are unable to provide official documentation of their Italian heritage.

“On top of that, nowadays they cannot leave Eritrea because of the harsh dictatorship there, so they can’t travel to Italy to search for evidence of having had an Italian grandfather or great-grandfather,” said Longhi. “There are hundreds, if not thousands, of Italian descendants trapped in Eritrea.”

The appeal to Mattarella comes amid a debate in Italy over neofascist groups, while immigration has always been a thorny political issue. Previous attempts by Italian-Eritreans to be recognised have often been dismissed by politicians who did not want thousands of people from Italy’s former colonies in Africa claiming citizenship.

“This is a racist colonial crime that has never been faced, acknowledged or solved by the Italian authorities,” said Longhi. “After the second world war, Italy tried to dismiss and neglect any responsibility, which is why there is almost no literature or debate about colonialism. This is why we’re appealing, especially now that neofascists are trying to revive those racist issues.”