The ministry of Libya stated that the Europe-bound illegal migrants are comprised of 16 women and two children who are from the Eritrea and Sudan background. 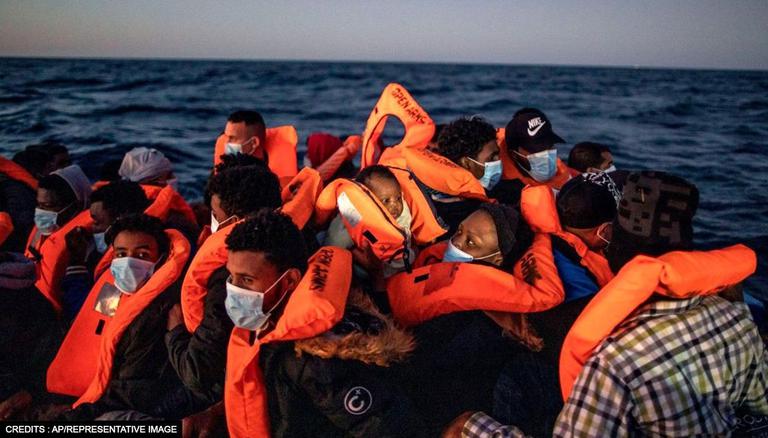 The Interior Ministry of Libya announced on Tuesday that it had apprehended nearly 109 Europe-bound illegal migrants in the western city of Zliten, around 160 kilometres east of Tripoli, the Capital city. According to the ministry, the undocumented immigrants are comprised of 16 women and two children who are from the Eritrea and Sudan background.

The ministry further stated that the illegal migrants were subjected to legal actions. As per Xinhua, Since the 2011 unrest that ousted Muammar Gaddafi and drove the nation into instability and disarray, Libya has become a chosen departure point for illegal immigrants seeking to traverse the Mediterranean and reach European ports. Illegal immigrants who are caught at sea or apprehended by Libyan officials are housed in overcrowded detention facilities around the nation.

An earlier apprehension of Migrants in Libya

In the month of June, through a tweet, the UN refugee organisation UNCHR reported that a huge number of refugees and immigrants sailing by several vessels on the Mediterranean Sea were rescued and repatriated to Libya. More than 1,000 immigrants were retrieved in five different actions, according to the organisation. Prior to the handling the immigrants to the Libyan government, the UNHCR and the International Rescue Committee gave them food, water, as well as medication.

More on Migrants in Libya

As per DW news, millions of immigrants depart Libya every year towards Europe in small, wooden boats as well as inflatable rubber vessels. Many refugees and migrants perish throughout the voyage. According to the International Organization for Migration (IOM), approximately 10,000 immigrants have been saved so far and were taken back to Libya in 2021.

IOM further stated at least 180 immigrants crossing from Libya have perished this year, with hundreds more still missing. IOM also reports that Human traffickers take advantage of many refugees leaving Libya, facilitating their trips in return for money. Smugglers are accused of torturing and abusing refugees.

According to DW news, several of the immigrants who start their journey in the sea from Libya are from Sub-Saharan Africa. Immigrants may be escaping war, terrorist attacks, autocratic regimes, or other factors, such as a desire to improve their economic prospects in Europe.

The United States, United Kingdom, Germany, Italy, and France embassies called on "all Libyan actors" on Sunday, September 12 in an attempt to create a peaceful democratic administration in the war-torn country. The embassies hope to organise a legislative and presidential election on December 24, which is set to take place this year. The country will conduct elections for the first time in a decade in order to create a stable administration. The polls in Libya will be conducted by the Libyan High National Election Commission (HNEC), with the help of the western embassies.