ModernDiplomacy.eu: The Proxy War of Libya: Unravelling the Complexities 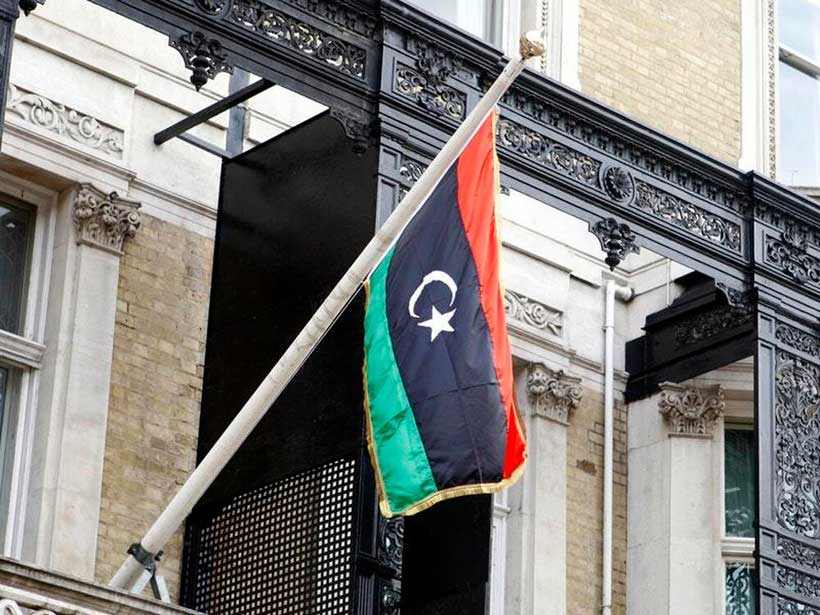 The African continent has been infamous for its desolate conditions and impoverished lifestyle for years. The violence has not spared the region either since the extremely unstable Middle-East has set the vendetta throughout the region, verging Africa in the east. Whether it comes to the spreading influence of ISIS under the flag of Boko Haram; a terrorist organisation operating in Chad and North-eastern Nigeria, or the rampant corruption scandals and ream of military cops in Zimbabwe, the region rivals the instability of its eastern neighbour. However, one conflict stands out in Northern Africa, in terms of high-stake involvement of foreign powers and policies that have riven the country, not unlike Syria in the Middle-East. Libya is one instance in Africa that has faced the civil war for almost a decade yet involves not only local powers but is also a focal point that has caused the NATO powers to be at odds.

Libya, officially recognised as the ‘State of Libya’, is a war-torn country in the Northern periphery of the African continent. The country is bordered by the Mediterranean Sea in the North, Egypt lies to its East and Sudan and Tunisia border in the Southeast and Northwest respectively. Apparent from the topography, Libya stands as an epicentre to the countries ridden with conflicts, stands the ground that was the central root of the infamous Arab Spring uprisings taking a rebellious storm right off its borders in Tunisia back in 2011. While the NATO-led campaign garnered success in overthrowing the notorious dictator, Muammar Gaddafi, and thus bringing the draconian regime to an end, it failed to account for the brewing rebels and militias in pockets throughout the state of Libya.

Over the following years, weaponry and ammunition was widely pervaded across the region in spite of strict embargo placed. The pilling artillery and unregulated rebels cycled the instability in the country leading to the successive governments to fail and eventually split the country in two dominant positions: The UN-recognised Government National Accord (GNA), led by Tripoli-based leader and prime minister Fayez Al-Sarraj, and the Libyan National Army (LNA), led by the tailing ally and successor to Gaddafi, General Khalifa Haftar.

While both GNA and LNA vied for the control on Libya, foreign powers involved rather similar to the labyrinth of stakes in Syria, each state split over the side supporting their part of the story and ultimately serving their arching purpose of interference in the region. Despite of the ruling regime of Al-Sarraj since the controversial election win of GNA in 2016, Haftar-led LNA controls an expansive territory and has been launching offensive attacks against the GNA alliance. GNA enjoys the support of US, Turkey, Qatar and Italy; each serving either ideological support or military backing to secure the elected government of Libya. Meanwhile, LNA is backed by Russia, Saudi Arabia, Egypt and France. While the western powers see GNA as an economically stabilising solution to the Libyan crisis, Russia and France eye Haftar as a key ally to expand influence in the African region and reap control of the oil-rich resources under control of Haftar’s troops in the oil-crescent territory.

The Turkish regime, on the other hand, eye Libya as a direct answer to the Russian influence in the Syrian war that has been pushing the Kurdish alliance stronger along and within the southern borders of Turkey. This has led to recent clashes and direct escalation in the proxy war waged in Syria. Turkey plans to incentivise the leveraging position against Russia in Libya by deploying military advisory to Tripoli to strengthen their position against the Russian-backed Haftar to ultimately deter the alliance from spreading far in the African region.

The power split in Libya was exacerbated in 2017 following the Gulf crisis that led to the boycott of Qatar by the Arab quartet led by Saudi Arabia. Libya stood as a battle ground for both strategic and military positions to one up the other alliance in external power games while the internal matters of Libya are long forgotten and population left clueless and desperate for welfare. Since then, the vested interests in Libya have side-lined yet the peace process has been encouraged by both UN and Merkel-led ‘Berlin process’ in support to the UN efforts to restore peace in Libya. However, the strained relations and foreign demarcation is still apparent even though no escalation has been in action for months.

Now the ceasefires have been in talks for a while and except for a few skirmishes, the powers have been curbed since June 2020. The silence could imply room for diplomatic efforts to push a much-awaited resolve to this complex proxy war. With the recent turn of events in the global political canvas, wheels of the betterment might turn in favour of Libya. Saudi Arabia has recently joined hands with Qatar, opening all borders to the estranged ally and resuming diplomatic relations. Turkey is eying the coveted spot in the European Union since the UK exit. The US in redefining its policies under the revitalising administration of Joseph Biden while Russia deals with the tensed relations with the Gulf since the oil price war shattered the mutual understanding shared for years. The core players of the Libyan Proxy war are dormant and may remain passive due to external complexities to handle. Yet, with regional powers like Egypt threatening invasions in Libya and both GNA and LNA showing no interest in negotiation, a conclusive end to the Libyan crisis is still farfetched.