Pri.org: Who is responsible for migrant youth in France? 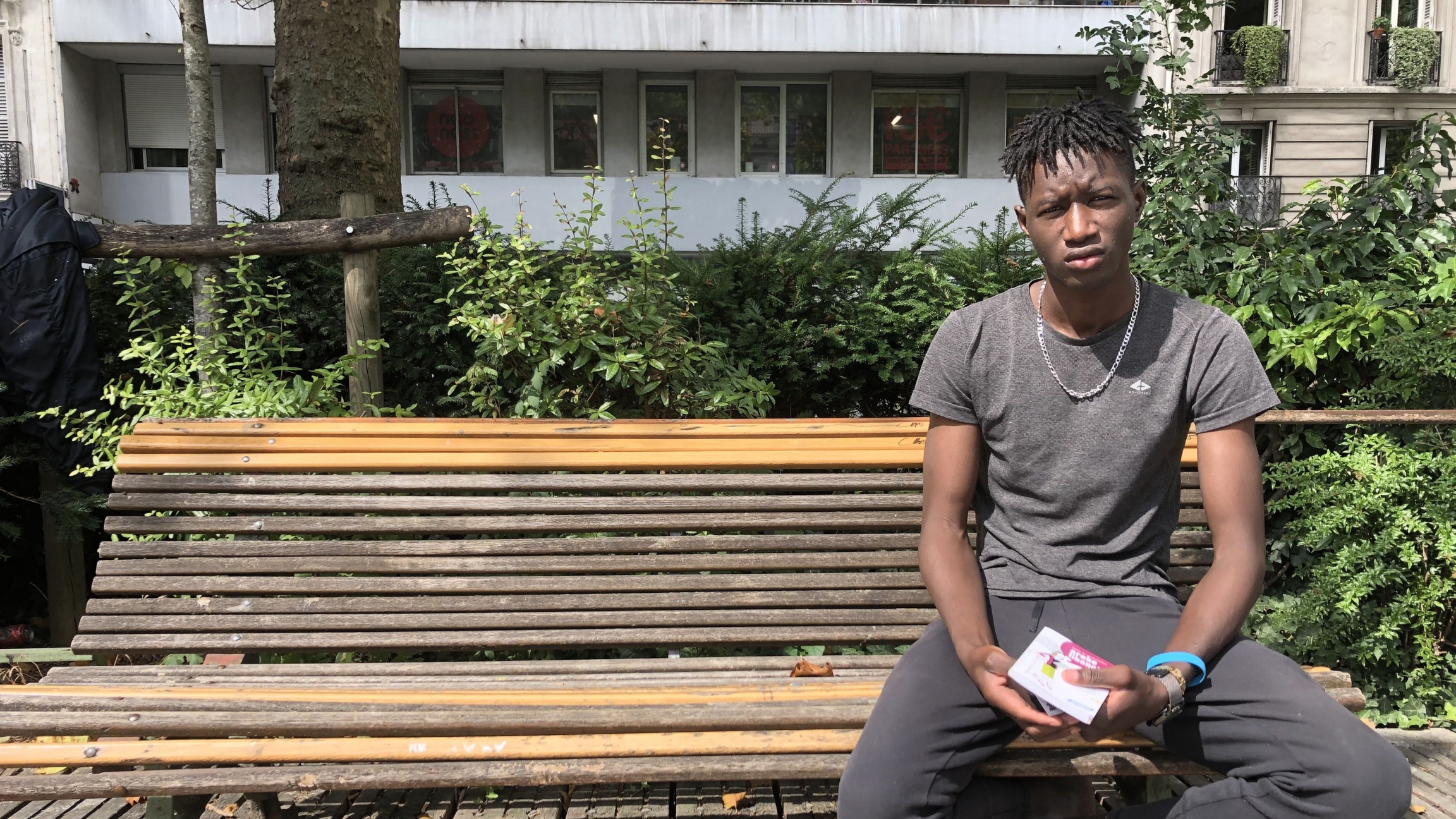 A group of five nongovernmental organizations are pressuring the French government to build a special housing facility exclusively for migrant youth as they await legal decisions on their status in the country.

Listen to the story.

Gandega Bakary, 16, who is originally from Mali, has been living on the street in France, even amid the coronavirus lockdown.

For the first time in nearly a year, Gandega Bakary has a roof over his head.

Paris police placed him and some 100 other boys in temporary housing at a nearby gymnasium earlier this month after dismantling the camp where they were living just steps away from the Place de la République.

But the 16-year-old still worries constantly about his future. When he talks to his mom, he lies and says he’s living with a family.

“Every time I call her, she asks how I’m doing and I say I’m fine. But I can’t tell her the truth.”

“Every time I call her, she asks how I’m doing and I say I’m fine,” Bakary said. “But I can’t tell her the truth.”

The truth is that he has spent months living on the streets — even during the March lockdown due to the coronavirus.

Although the gymnasium is a start for the boys, the government is still far from finding a permanent solution for housing migrant youth. A group of five nongovernmental organizations are pressuring the government to build a special housing facility exclusively for minors as they await legal decisions on their status in the country.

In early July, the NGOs set up the camp for the unaccompanied minors. The groups’ goal was to pressure the French government to provide permanent housing for the boys, most of whom are undocumented migrants from West Africa. They all claim to be under the age of 18.

According to Doctors Without Borders, one of the NGOs involved in the campaign, there are an estimated 20,000 unaccompanied minors living on the streets in France. 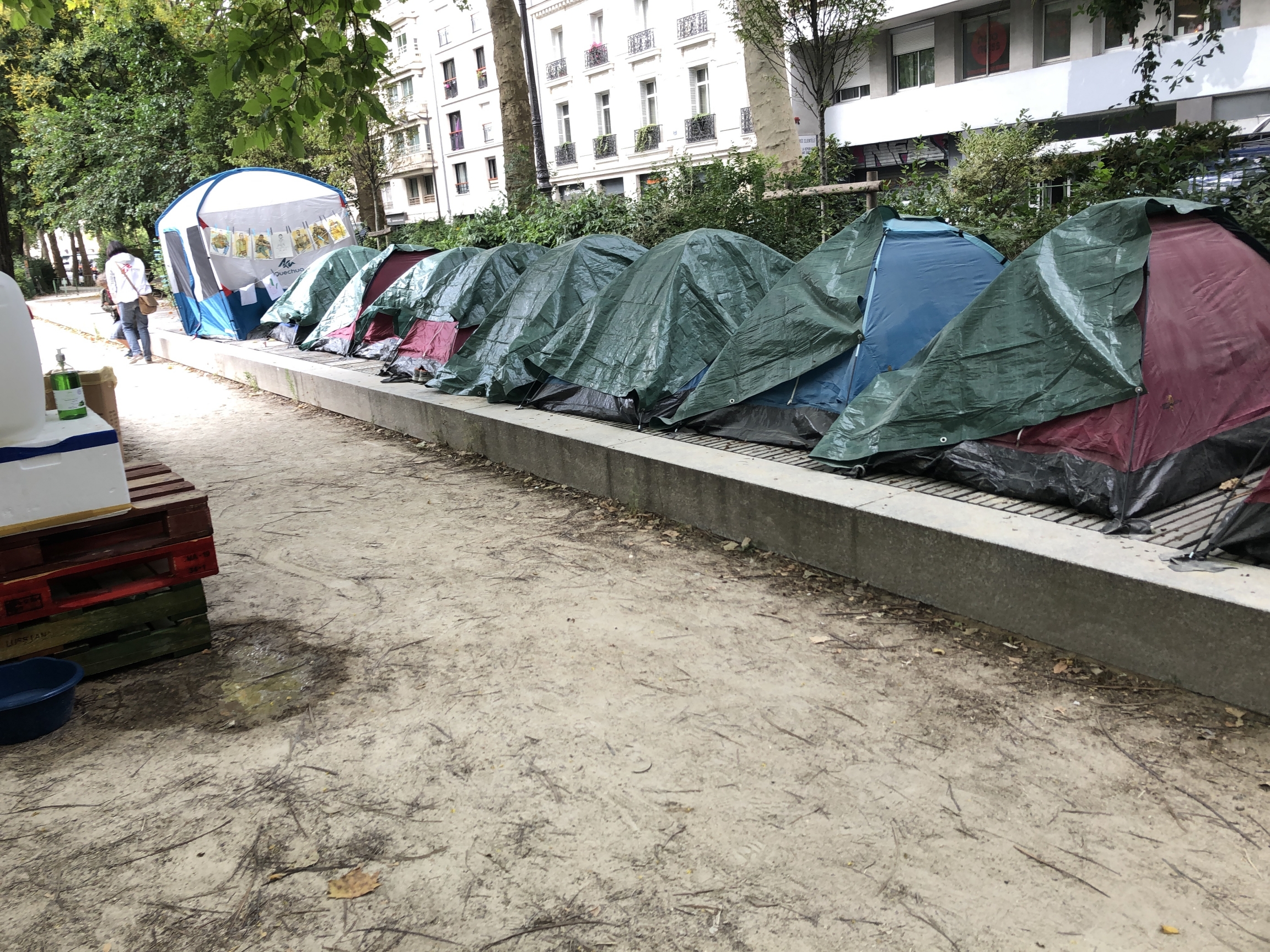 In early July, five nongovernmental organizations worked together to set up a camp for 100 migrant boys. They are pressuring the French government to establish permanent housing for the unaccompanied youth.

“They float around invisibly. It’s why we decided to put them in the tents — to be visible.”

Corinne Torre, head of the Paris chapter of Doctors Without Borders

“They float around invisibly,” said Corinne Torre, the head of the Paris chapter of DWB. “It’s why we decided to put them in the tents — to be visible.”

Bakary, who is originally from Mali, says what he really wants is to be allowed to go to school. But until the state agrees that he’s under the age of 18, he’ll have to keep living in this sort of limbo.

He has to prove he’s a minor — which means the state has responsibility for schooling, housing and other types of aid — but the French government often has difficulty verifying documents from abroad.

And there’s another wrinkle: If the youth turn 18 during their waiting time, they are then treated as adults, making it far easier for them to be deported.

“Clearly, [France,] the ‘country of the human rights,’ [is] not respecting this [reputation],” Torre said.

All the boys placed in the gymnasium have had their initial requests to be treated as minors rejected by the state.

Torre says many of these judgments are based entirely on a 30-minute interview. So, the boys are appealing their cases.

“They are waiting for a judgment to confirm if they are minors or not, so during that time they should be protected, which is not the case,” Torre said.

Instead, the government has put the responsibility for the migrant youth — including housing, feeding and schooling — on the NGOs, who say don’t have the means to provide the necessary care.

Catherine Delanoë-Daoud is a lawyer specializing in children's rights. She believes the majority of the appeals will be successful.

“In the end, more than half of the children who have gone through this process in front of the judge for children will be recognized as underage.”

“In the end, more than half of the children who have gone through this process in front of the judge for children will be recognized as underage,” Delanoe-Daoud said. Last year, 57% of appeals were overturned.

But in the interim, by international law, France has an obligation to protect the migrants. Just like the presumption of innocence, she says, they have a right to be presumed as children. 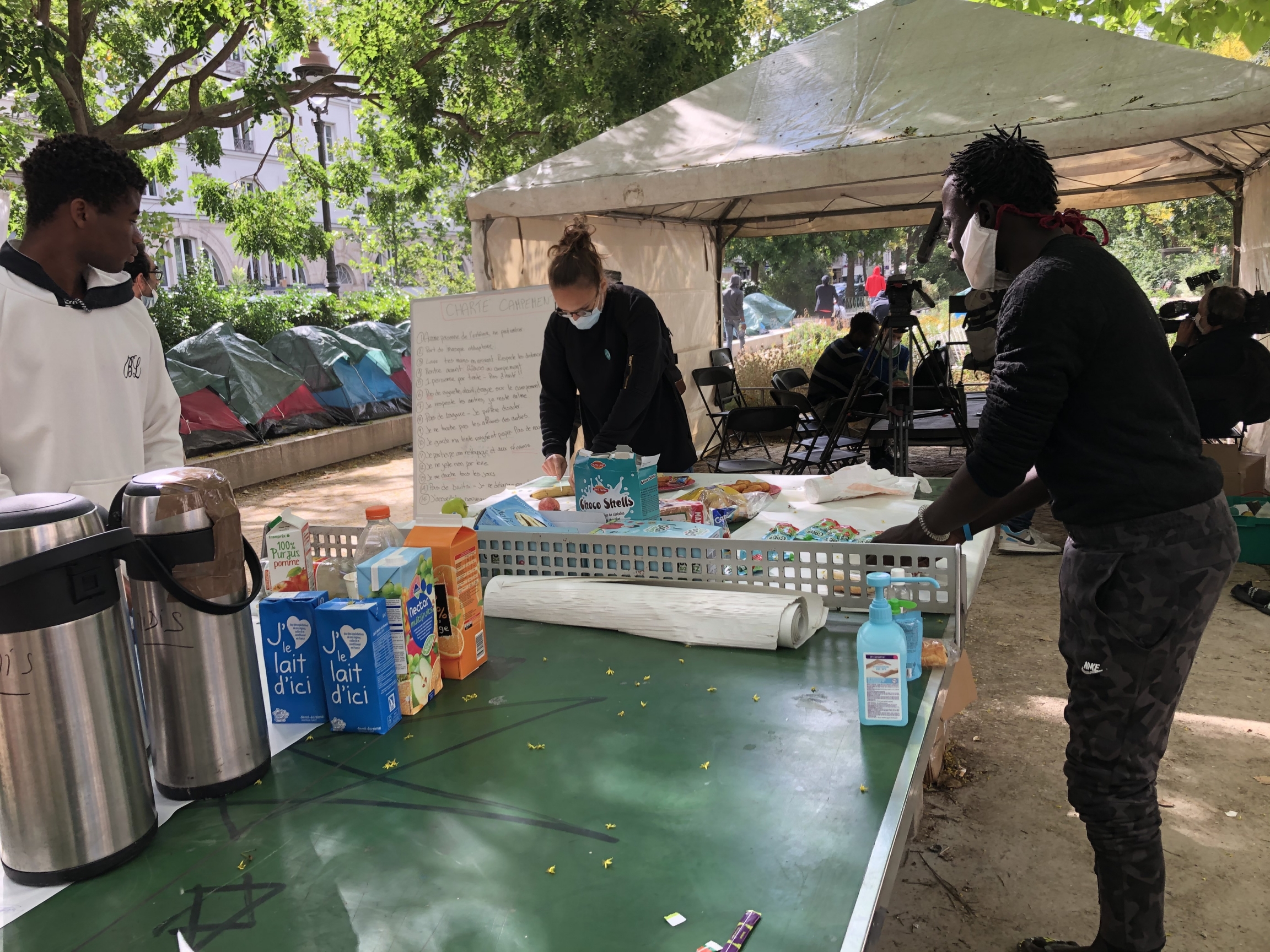 The temporary camp for 100 migrants in Paris was set up by five nongovernmental organizations who are trying to help the boys find permanent housing. Here, breakfast was being served to the boys.

“That is where, for the time being, France does not comply with its obligations and international standards and the international conventions it has signed,” Delanoë-Daoud said, referring mainly to the international Convention on the Rights of the Child, which has been signed by 140 countries.

The French government didn’t respond to requests for an interview for this story.

At a recent demonstration in front of the Palais Royal near the Louvre in Paris, several hundred activists gathered to call for a solution for the 100 migrant youth.

Bakary came with friends. They danced in the heat, held up signs and sang along to a favorite protest song by a famous Côte d'Ivoire singer.

But he still worries about what to say to his mom.

The next time she calls, he plans to tell her he’s safe. This time, he hopes it will be the truth.