News.Cgtn.com: At the height of the Libyan war, Egypt chose to invade Syria 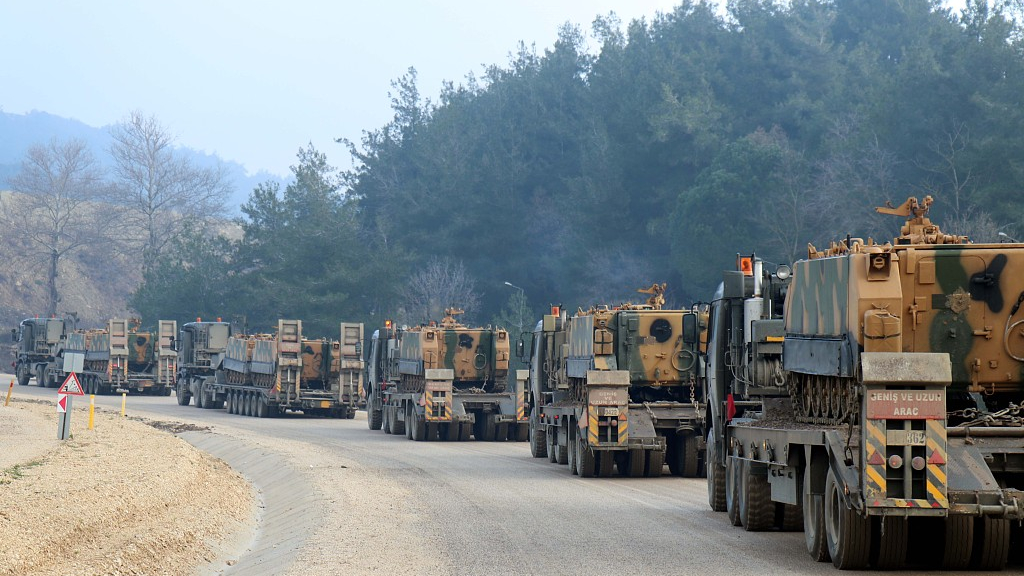 Turkey's armored personnel carriers and commando units are being dispatched to the Idlib border in Altinozu district of Hatay, Turkey, January 14, 2019. /VCG

Editor's note: Lan Shunzheng is a research fellow at Charhar Institute and a member of the Chinese Institute of Command and Control. The article reflects the author's opinions, and not necessarily the views of CGTN.

In recent days, there has been a new player in Syria: Egypt. In coordination with Iran, Egypt has sent about 150 troops with light weapons to rural areas of Aleppo province in northwestern Syria, including some deployed in the city of Saraqib, south of Idlib province, according to media reports.

The Syrian civil war has been lingering for many years, in which the participants are relatively complex, such as the U.S., Russia, Turkey, Iraq, Kurdish forces and extremist forces, but Egypt has been a bystander for a long time, so this Egyptian invasion of Syria has triggered hot discussion and wide speculation from all sides.

Some analysts believe that the main purpose of the presence of Egyptian troops in Syria is aimed at Turkey and closely related to the current situation in Libya. In April 2019, the Libyan "National Army" supported by Russia, France, Egypt, the United Arab Emirates and Saudi Arabia launched a large-scale offensive against the Libyan National Unity government supported by Turkey and other countries, occupying 80 percent of the country at one time.

The latter turned to Turkey in dire circumstances and signed two memorandums of cooperation in November 2019 in exchange for large-scale intervention in Libya's civil war. The war in Libya has been turned upside down by Turkey's massive involvement. In early May, the government of National Unity began a full-scale counterattack against the "National Army."

Since then, it has recaptured several important areas and towns, including Tripoli International Airport, advancing the battle line by more than 300 kilometers, and basically restored the situation on the battlefield to the state before April 2019. And the government of National Unity is not about to stop there.

On June 5, the Turkish presidential office announced that the provinces of Sirte and Jufra would be the next targets of the government of National Unity, threatening to wipe out the "National Army" completely.

The plight of the National Army has left its backers, notably in Egypt, uneasy. In Egypt's eyes, relations with Turkey over issues such as the Muslim Brotherhood and the demarcation of the Mediterranean Sea have long been frayed.

At the same time, Turkey is likely to send into Libya some of the same Syrian rebels it used to overthrow Bashar al-Assad's administration, a mix of extremists and terrorists that could add further uncertainty to its own situation in North Africa. 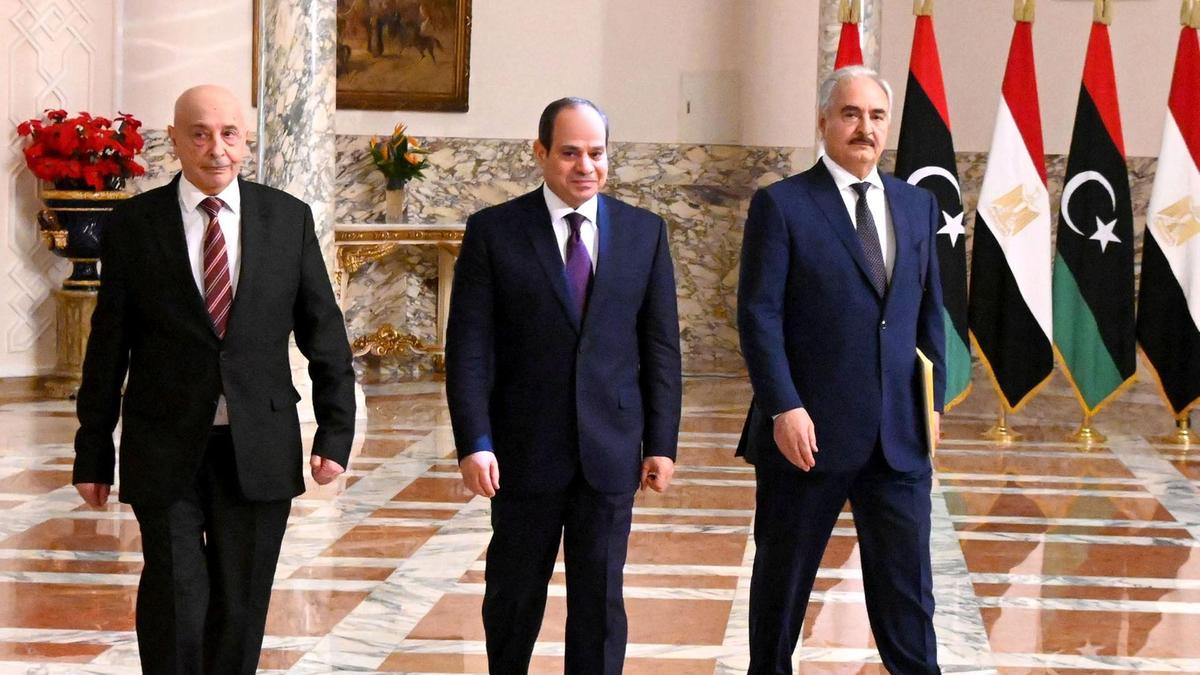 So Egypt does not want Turkey to get big in Libya, whether for reasons such as suppressing the Muslim Brotherhood, which it regards as a terrorist group but has close ties to Turkey, competing with Turkey for resources and regional influence, or for future stability in North Africa.

So far, though, Egypt has been legally prepared to send troops to Libya, but has been slow to do so, because it has its own concerns. For example, the current outbreak of the coronavirus in Egypt dragged the country into serious economic difficulties, and the intervention of the Egyptian army in Libya will cost a large amount of personnel and equipment and significant amount of money.

And although Egypt has the most powerful standing army in the region, Turkey is also NATO's military power, so it is not clear who will win. Besides, some outside powers do not want the situation in Libya to escalate. All this makes it hard for Egypt to make up its mind easily.

The Egyptian invasion of Syria was more like "Besiege Wei to rescue Zhao," a Chinese proverb which means attacking the enemy's weakness, not its strength directly, with the aim of achieving the best outcome with the least cost. Syria is also important to Turkey, which has struggled to retain influence in Syria, especially in Idlib, even though toppling the al-Assad's administration is now unrealistic.

Turkey has increased the number of observation posts to 38 and deployed air defense systems in Idlib province since February, when Syrian government forces attacked the city, killing more than 30 Turkish soldiers.

So, by sending troops to Syria, on the one hand it can convey the warnings to Turkey, that Egypt is likely to create a "second front" in Syria. Turkey then will be partly spared from its focus on Libya, and even put some resources back to Syria.

On the other hand, Egypt's military engagement in Syria this time is not large, and its weapons are mainly light ones. The symbolic significance of the involvement in Syria is greater than its practical significance. Given these points, Egypt's latest action is for warning instead of overstimulating Turkey and leaves both sides room for maneuver.