Decision comes weeks after Ishmael Khaldi, who was also first-ever Bedouin diplomat, made headlines by accusing security guards in Jerusalem of kneeling on his neck 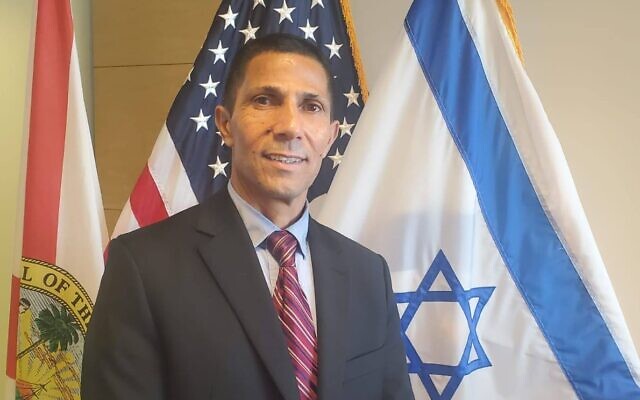 The Foreign Ministry’s appointments committee on Sunday tapped Ishmael Khaldi to serve as ambassador to Eritrea in what will make him the first Bedouin to serve as an Israeli ambassador abroad.

Khaldi made history for the first time over a decade and a half ago when he became the first Bedouin Israeli to serve as a diplomat in the Foreign Ministry, and has since held several diplomatic posts in the US and elsewhere.
Khaldi was born in Khawaled, near Haifa and has become well known in pro-Israel circles for his diplomatic work defending the state as a Muslim. He served as deputy consul on the US West Coast and as acting consul in Miami, as well as in Israel’s London embassy on anti-BDS efforts.

His appointment was announced along with 10 others that will all be subject to the government’s approval.

Khaldi made headlines last month after he was roughed up by a group of security guards at Jerusalem’s Central Bus Station. The diplomat subsequently filed a police complaint, saying the officers had grabbed him and threw him to the ground after he took a selfie at the entrance to the building.

He said the guards constricted his neck and made it difficult for him to breathe, and one placed a leg on his head until another guard told him to stop.

One of the guards said that Khaldi refused to show ID, though the diplomat denies this.

A police spokesperson confirmed that an investigation into the matter was ongoing.

Yisrael Beytenu chairman Avigdor Liberman lauded the appointment in a Sunday tweet, saying Khaldi had served as a trusted adviser when he was foreign minister. “He is known as an Israeli patriot who defends the state insistently all around the world.”