(Daily Mail) Terrorist pair who raised more than Â£2,000 for ISIS and shared beheadings footage laugh as they are jailed for a total of more than 14 years

Terrorist pair who raised more than £2,000 for ISIS and shared beheadings footage laugh as they are jailed for a total of more than 14 years

By SEBASTIAN MURPHY-BATES FOR MAILONLINE

Two terrorists who raised funds for ‘fighter brothers’ in the Middle East laughed as they were jailed for a total of more than 14 years.

Ayub Nurhussein, 29, helped raise £2,699.19 for jihadis in Iraq while sharing footage of military beheadings on social media between 11 April and 11 July last year.

Eritrean-born Nurhussein was caught on CCTV with his friend, Said Mohammed, 31, transferring £1,300 to a contact purportedly acting as a high-ranking ISIS soldier.

The pair exchanged messages via encrypted messaging app Telegram and arranged to send money through a European go-between in Denmark.

They worked with the contact, referred to only as ‘Wassim,’ while making plans to travel together to join him in the Middle East. 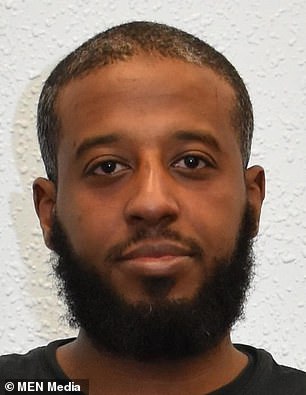 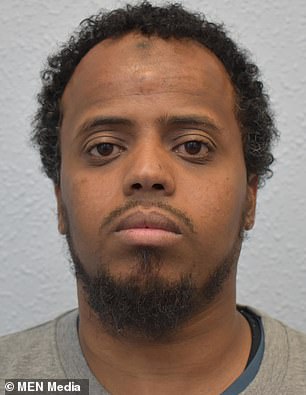 Nurhussein (left) was caught on CCTV with his friend, Said Mohammed (right), 31, transferring £1,300 to a contact purportedly acting as a high-ranking ISIS soldier.

A second transaction of £599.19 was made by Nurhussein on June 5 to the same bank in Copenhagen and collected by another man, Ali Aga, who was accompanied by a woman known as Rwan Ebrahim.

The process was repeated again - with Nurhussein transferring £800 to the Danish bank - on July 2.

Mohammed admitted entering into a funding arrangement to support terrorism on 13 January while armed robber Nurhussein denied the charge until midway through his Old Bailey trial.

The fanatic - who in 2012 robbed a City worker at gunpoint - then admitted entering into the charge after the prosecution had opened the case to a jury.

A special further hearing rejected Nurhussein’s basis of plea after he maintained he had never intended to support terrorism.

Nurhussein and Mohammed appeared together via video-link from HMP Wandsworth on (fri) and giggled throughout the hearing, guffawing loudly as they were described as ‘deeply radical.’

Prosecutor Alistair Richardson said: ‘The prosecution case is that both defendants are deeply radical. They supported the Islamic state in whatever ways they could.

‘They wished to travel to Islamic state territory to join them. From the United Kingdom the two of them together offered their support financially. They arranged for the provision of funds for the mujahideen or fighter brothers who remain in Iraq fighting for that organisation.'

The prosecutor said voice notes sent by Wassim were forwarded onto Nurhussein encouraging the pair to find a route from the UK to the Middle East.

Mr Richardson said: ‘He spoke about speaking to the immigration bureau, the need for a permanent name to make a transfer, that it’s difficult to make a transfer because of the questioning and documents, that they should agree on the amount, and how many brothers would be involved, and that information could then be sent to the bureau. We say the references to bureau and office are clear references to the organisational structure within the Islamic State. Wassim went on to remind Mohammed that “this is the greatest jihad..”

‘Messages continue in April including references to jihad and an image from Islamic State media sent from Said Mohammed.

‘Wassim told Said Mohammed to co-ordinate with other brothers, see how many of them are and agree so that they can get on with the matter. 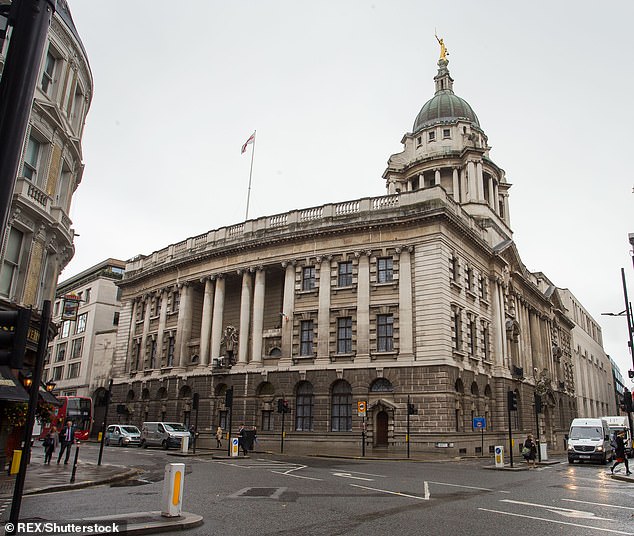 Jurors at The Old Bailey, pictured, were told Nurhussein made three bank transfers to a woman in Denmark after contacts in Iraq said: 'This is a time of seriousness and this is a time when the Mujahedin (fighters) really need you'

‘Mohammed expressed rejection of moderate, mainstream Islam in favour of the perversion of it advanced by the Islamic State.'

He pleaded guilty to the offence of robbery in 2012 and the firearm count was left to lie on file and he received a sentence of 42 months.

The court heard Mohammed was a refugee who had entered the UK through Calais. He grew up in wartorn Eritrea where his home was burnt down with him inside after his father expressed political dissent, the court heard.

Nurhussein was jailed for nine years and six months. Mohammed was given five years and three months.

Passing sentence Judge Rebecca Poulet said: ‘It is quite clear that both men were whole-hearted supporters of this terrorist cause and that both wished the funds to go to support the fighters of that organisation.

‘These substantial materials set out in explicit detail how to make various types of explosive devices. Several are obviously created and prepared for those who support the cause of opposition to anti-terrorism.

‘The videos shared by Nurhussein were professionally produced and edited film showing beheading and the execution of enemies of Islamic State as well as tracts of spoken words encouraging others to the cause.

‘I found he intended to encourage terrorism by forwarding these videos to his landlord.

‘I have concluded there is a significant risk to the public as a result of Ayub Nurhussein’s commission of further specified offences.

‘I am of this view in light of his involvement in three types of terrorist offence in the course of the same period, his longstanding commitment to IS, and a previous conviction for robbery involving an imitation firearm.

‘In my judgement this material appears to be the most grave and alarming aspect of Ayub Nurhussein’s conduct. This is particularly so when I view it in the context of his other activity and beliefs. Overall, I have concluded that the defendant is dangerous.

The judge said Mohammed appeared to have ‘very impaired’ intellect and was ‘easily compliant.’

Judge Poulet said: ‘You were actively engaged with a number of others and some of those it appeared you duped into this arrangement.

‘I take into account the content of a psychological report. On testing, the psychologist found that both his reasoning, intellectual functioning and memory were very impaired. In addition, she found he is easily compliant.’

Nurhussein, from southwest London, admitted entering into a funding arrangement providing funds for the purposes of supporting terrorism, four counts of possession of a document or record containing information of a kind likely to be useful to a person committing or preparing an act of terrorism, and three counts of dissemination of terrorist publications.

Mohammed, of Longsight, Manchester, admitted arranging funds or property for the purposes of terrorism.