Los Angeles (AFP) - The late rapper Nipsey Hussle on Sunday won two posthumous Grammys, on a night when his life was celebrated in a moving musical tribute led by singer John Legend.

Less than a year after his shock murder in broad daylight in Los Angeles, Hussle won awards for Best Rap Performance for "Racks in the Middle" along with Best Rap/Sung Performance for "Higher."

"I want to thank all of you for supporting this and for lifting Nipsey's name up," said Legend, who along with DJ Khaled performed "Higher" and accepted the award.

"We all loved him, we all miss him. It is terrible that we had to lose him so early," Legend continued.

"We thank his family for being here tonight with us. Thank you for allowing us to use his legacy and lift it up in song tonight." 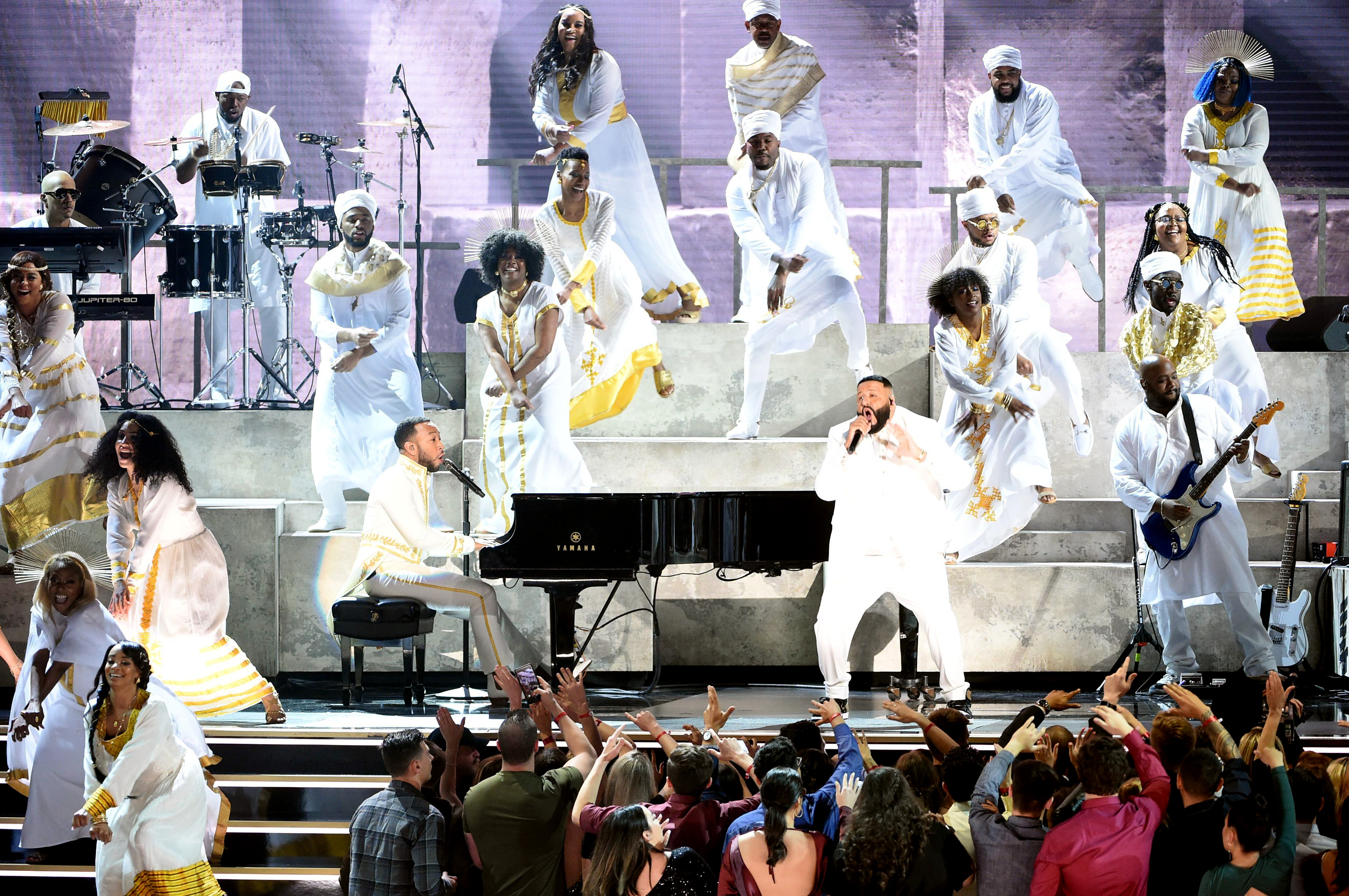 Hussle -- an Eritrean-American who was born Ermias Asghedom -- was shot dead last March, triggering an outpouring of grief in LA and among his superstar peers, who hailed both his musical talents and tireless community organizing.

Raised in LA's Crenshaw district, Hussle had transformed the block he would hustle on into a retail, job-creating hub for his Marathon Clothing company.

He took his stage name from a play on the name of the comedian Nipsey Russell.

"Higher" opens with Hussle dressed all in blue -- the color of the gang he belonged to, the Crips -- rapping about his family's history in the gritty Los Angeles neighborhood he called home as well as his father's journey to the United States from Eritrea.

Long part of the underground rap circuit, Hussle struggled to find fame but began selling his own mixtapes.

He was nominated last year for Best Rap Album for "Victory Lap," his first formal album that finally dropped in February 2018 after six years of teasing, but lost out to Cardi B.

The tribute to Hussle took on heightened meaning as Los Angeles also mourned the loss of another favorite son, NBA icon Kobe Bryant, who died tragically Sunday in a helicopter crash.

The tribute performance for Hussle saw the images of both men projected on stage at the Staples Center, where Bryant led the Lakers team to several championships.

The late star's grandmother delivered an emotional elegy, thanking the audience for "sharing all the love that I have felt for him all of his life."