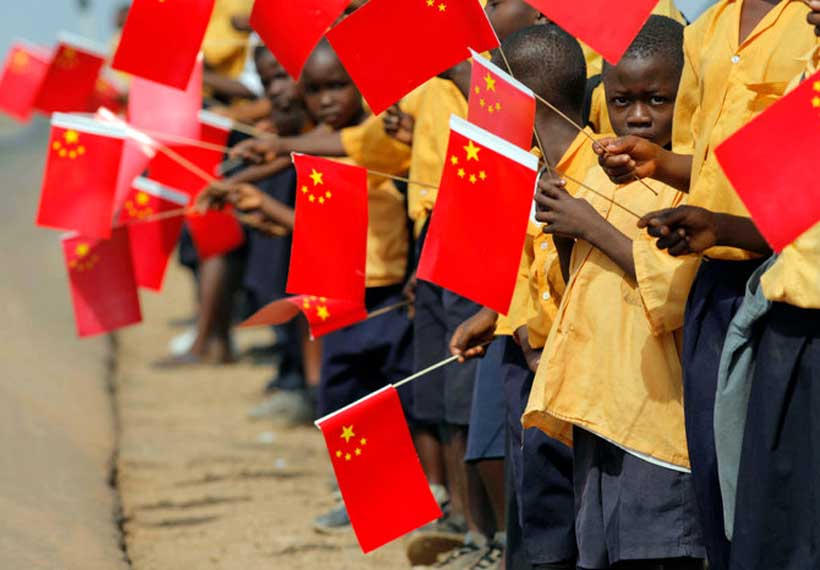 Research on China-Africa relations has often been dominated by the economic component, as well as debates over whether China’s involvement in the continent will have a negative or positive impact. Some scholars have questioned Beijing’s reluctance to attach good governance practices to its financial assistance. On the other hand, some look at China’s approach as a unique opportunity for countries in Africa, previously isolated by traditional western donors due to the lack of political reforms, to access funding. However, the fascination with the nature and approach of economic relations between China and Africa has meant little attention has been given to non-economic aspects of these engagements. More specifically is that economic explanations are often made to justify China’s non-economic activities. China Peacekeeping in Africa is one of the areas that remains shrouded by economic explanations. Yet, the motivation by Beijing to commit troops and resources towards peacekeeping in Africa has significant importance beyond the economic aspects. Indeed, several studies have highlighted the economic benefits for countries committing soldiers to UN peacekeeping missions. However, the benefits of China’s involvement transcend the potential revenues gained from troop deployment. This article adopts the rational choice theory to argue that policymakers in Beijing are able to derive several benefits beyond the economic aspects of the peacekeeping operations in Africa. Some of these factors as key drivers of China’s peacekeeping in Africa are also identified.

The rise of China as a global economic power has left several scholars debating whether or not the anticipated rise will be peaceful. Some have used the analogy of the ‘Thucydides trap’ to opine that the rise of China has increased the chances of war between Beijing and Washington. Therefore the peacekeeping operations are meant to project what president Xi has described as China’s “peaceful development” approach. It also enhances China’s efforts not only to appear to be a responsible great power but also increase its involvement in global governance issues as it collaborates with other international actors, for example providing training to troops in Mali in collaboration with the EU.

While China has become a significant source of foreign capital in Africa over the last three decades, its impact is often exaggerated. The continent is still the lowest recipient of outward Chinese capital and foreign direct investment (FDI) (approximately 4 per cent). Similarly, China’s ODA to the continent and globally is still lower than other developed and emerging countries. This, combined with concerns over trade imbalance and unfavourable economic deals, provides another path through which China can increase its attractiveness to the continent.

Nature of Conflict in Africa

Often overlooked, the nature of conflict in Africa is somewhat unique compared to others in the Middle East and Latin America, first and foremost because peacekeepers can easily be deployed. The narrative that China has deployed 80 per cent of its troops in the continent should be accompanied by information that nearly 85 per cent of peacekeeping missions by the UN are in Africa. Yet, according to the International Crisis Group, only three out of the ten crises in 2018 are in Africa. The others include Yemen, Afghanistan, Ukraine, Israel and Arab Countries, Syria, Venezuela, US-China and US-North Korea, as well as the Iranian issue more recently, Hong Kong, Bolivia, Iraq, Lebanon, the Mexico drug war and others. The mentioned conflicts have claimed more lives and caused more devastating socio-economic and humanitarian crises than the conflicts in Africa. Yet, the nature of these conflicts makes it impossible to deploy peacekeepers. Therefore, some African countries provide an avenue for states interested in peacekeeping to deploy their troops.

Conflicts as an Obstacle to Development in the Region

The commitment by Beijing, through its investments, especially on infrastructure in Africa, is an essential step in promoting development. However, conflicts are a serious threat to achieving this goal, and it would be prudent for China to try to address some of these challenges. This explains the broad approach of deploying peacekeepers as well as training African troops to cover regions such as Mali where China has little interest. Besides, security is an important issue for African countries and a significant sphere of influence for the US and European countries. China needs to be involved in security issues to increase its relevance in the region.

Taiwan has made significant efforts to try and gain recognition as an independent state for years. China, on the other hand, is keen on maintaining the status quo. This question remains at the heart of Beijing and Taipei’s foreign policy, and more often than not, African countries have been involved. For example, when Albania introduced Resolution 2758 to the UN General Assembly for voting to determine the de facto representative of China to the organisation in October 1971, the resolution passed with 75 votes in favour of China (More than 20 from Africa) and 35 against the government in Beijing becoming the sole representative of the country. With a two-thirds majority needed to pass the resolution, over 20 votes out of the 75 that passed were indeed quite significant. Secondly, despite China employing its economic and political muscle to isolate Taiwan’s diplomatic efforts, four African countries have recognised it. Therefore, China’s involvement in peacekeeping is strategic in gaining strong relations with the new governments to isolate Taiwan further.

The Chinese population is becoming increasingly optimistic that their country is becoming more and more relevant on the international stage. Not only are they supportive of Beijing’s financial support to developing countries, but military activities beyond Southeast Asia is also further proof of China’s growing influence on its domestic constituency. Equally important, Chinese troops are benefiting from real combat experience in these operations.

This study concludes that Beijing seeks to maximise the effects of its peacekeeping missions by rationally choosing to deploy its troops in Africa. These efforts have enabled China to supplement the gaps in its economic engagements with the continent, all while improving its international image while strengthening domestic support to the regime.

From our partner RIAC