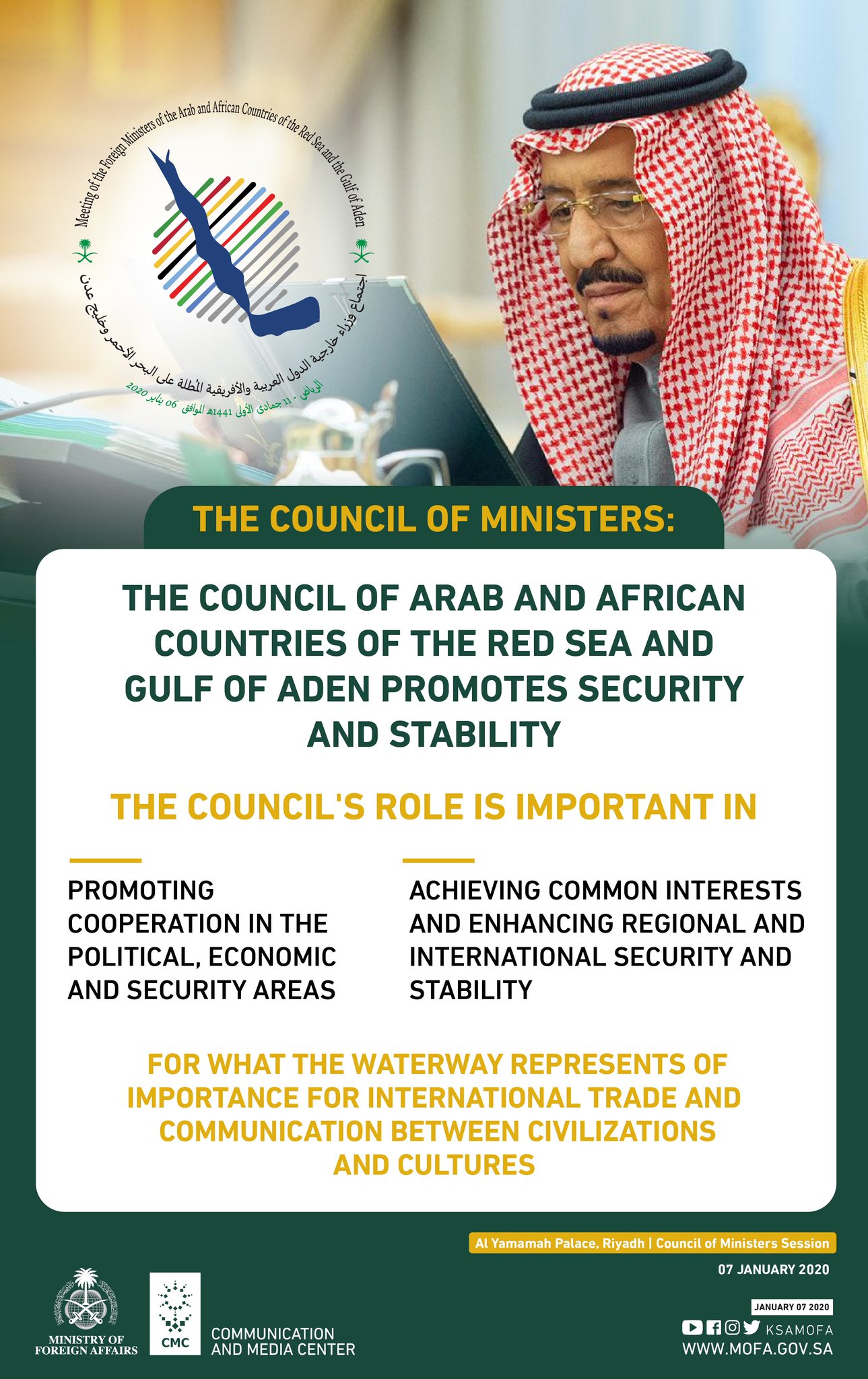 Text by:
Laura Angela Bagnetto
A new regional council involving eight countries in the Red Sea corridor was launched this week with Saudi Arabia at the helm as a way to tackle piracy, smuggling and other related issues. The council aims to enhance stability in the region, but regional rivalries and notable exclusions from the initiative remain a key sticking point.

“It seems for the moment that the piracy/maritime security angle is a good way to initiate cooperation between the countries of the region while staying outside of the political issues that may divide them,” said Camille Lons, research associate at the International Institute for Strategic Studies (IISS) Middle East in Bahrain.

Foreign ministers from countries including Saudi Arabia, Sudan, Djibouti, Somalia, Eritrea, Egypt, Yemen, and Jordan signed the charter of the Council of Arab and African Coastal States of the Red Sea and Gulf of Aden on Monday. All border the Red Sea or the Gulf of Aden.

The regional grouping was initially slated to focus on a number of topics, including economic cooperation, cultural exchanges, and environmental issues, Lons told RFI.

“Under the Saudi leadership it has been re-centred around security issues,” she added.

The idea for the council was initially announced in 2018 as a joint Egypt-Saudi initiative, as Saudi emerged as the lead after a juggling of interests, according to Ahmed Soliman, Africa Programme research fellow at Chatham House.

“This is borne out of increasing engagement across the Red Sea, and interests from the Gulf states and others in territories across the Red Sea in the Horn of Africa region,” said Soliman, referring to the number of port projects that have started or are planned in Sudan, Djibouti, Eritrea, and Somaliland.

The Red Sea corridor spans 2250 kilometres at its widest point, a key waterway that separates the Mediterranean from the Indian Ocean and beyond to Asia, as billions of euros in shipping trade pass through its waters each year. The fishing industry in the Red Sea is also a competitive one.

“For Saudi Arabia, the aim is to preserve the Red Sea from external influence, especially from its political rivals (Turkey, Qatar, Iran). Creating a platform that focuses on littoral countries is an efficient way of claiming that Turkey, Qatar and Iran have nothing to do in Red Sea matters,” she said.Who has been included and who has been excluded poses another set of issues for this new regional body.

“You don’t want to limit participation to littoral states only there is a need to look at more inclusive engagement and membership around that,” said Soliman, referring to Ethiopia, the sixth largest landlocked country in the world, and a major trading partner with Djibouti.

Somaliland creates another issue in terms of lack of membership on the council.

The self-declared country of Somaliland, located in the Gulf of Aden in the northwest corner of Somalia, has been trading directly with the Kingdom of Saudi Arabia (KSA) for a number of years, specifically in shipping livestock from Berbera port.

Its 850-kilometre coastline is in a key position in the Red Sea Corridor, a point in the statement from the Somaliland foreign ministry on Tuesday.

It will not cooperate with any policies or programs originating from the council as “long as its excluded and denied its rightful position among the important stakeholders,” it said, adding that “it will not recognize the formation of any blocs that exclude legitimate stakeholders based on arbitrary, irrelevant or discriminatory criteria.”

“It is true that the question of Somaliland’s inclusion into the council is problematic,” said researcher Lons.

Somaliland has previously sought to be included in this initiative as well as obtain observer status for the Horn of Africa regional bloc Intergovernmental Authority on Development (IGAD) taskforce in the Red Sea, she said.

“Many officials from the region are sympathetic to Somaliland’s position, but it would be diplomatically untenable for them to include it in the council,” she added.

Somalia-Somaliland tensions have heightened due to the UAE contract to construct a military and commercial base in Berbera, the site of its strategic port.

Within the small grouping are a number of issues and competing interests, not only Somaliland. The quest for ports in the Red Sea has created deeper rivalries between the Kingdom of Saudi Arabia/UAE alliance and the Qatari-Turkey grouping.

Mogadishu has resisted persuasive efforts from Riyadh to turn away from its support of Saudi rival Qatar.

Ethiopia, the sixth largest landlocked country in the world, and a major trading partner with Djibouti, maintains its own struggle with Egypt. Its efforts to channel water from the Nile River to create its Grand Ethiopia Renaissance Dam, has fuelled tensions on both sides of the border. Egypt believes the dam would threaten farmers and the country as a whole by depriving it of its essential source of water.

For Saudi Arabia, there is a similar dilemma over the inclusion of Ethiopia in the Council, said Lons. “Keeping it outside makes little sense, but KSA is trying to spare Egypt,” she added.

Riyadh has a lot on its hands in terms of dealing with and appeasing its council regional partners. The actual workings of the council have not been revealed yet, and some wonder if this is another Saudi initiative carrying a lot of fanfare and not a lot of substance.

After postponing the Afro-Arab summit last November, the conference is scheduled for early 2020, where more of the framework of the Council of Arab and African Coastal States of the Red Sea and Gulf of Aden could be revealed or not.