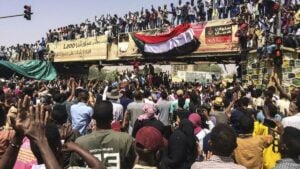 Africa welcomed 2019 with reports about the coup in Gabon and ushered it out with elections in Guinea-Bissau. In the meantime, there have been enough challenges since January 2019. In order to analyze the main political events in Africa, they are divided into 5 categories: political situation and elections, security background, peace initiatives, regional integration and international cooperation.

In Algeria, President Abdelaziz Bouteflika resigned on April 2, 2019, after months of mass protests. He had held office as the president for 20 years. But the protests are still ongoing; activists demand a full political reboot of the country.

In Sudan, mass protests began in December 2018. On April 11, 2019, Bashir was ousted in a military coup d’état. On August 17, the military administration and leaders of the Sudanese civil opposition signed an agreement and formed a sovereign council to govern the country.

Against the background of the transition to liberal democracy, Abiy Ahmed Ali’s government has to find a solution for ethnic tensions in Ethiopia. These tensions spiraled into a coup attempt (in Amhara region on the night of June 22), periodical manifestations (in October 2019) and regional referendum (Sidama people voted for their own region in November).

In mid-October 2019, protests began in Guinea against the decision of President Alpha Conde. His second term ends next year. But his opponents say the president wants to make amendments to Constitution, which will allow him to run for a third term in 2020. Protests take place every week as opposition forces urge people to manifest until the president gives up his intentions. 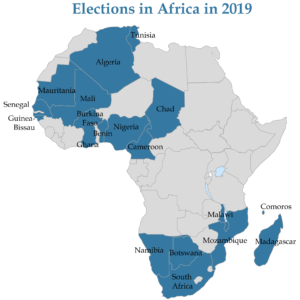 In November, France launched the military operation Bourgou 4 in Burkina Faso. France carries out the operation in the area of three borders between Burkina Faso, Niger and Mali. Moreover, France has already deployed 4,500 militants in the Sahel region.

The relations between the two neighboring countries had been strained over the past three years for a variety of reasons. Among them are interference in internal affairs, support for opposition forces within the neighboring country.

The feud between Uganda and Rwanda diminished regional capacity to deal with other crises in the Great Lakes region. In addition, the crisis also brought economic losses: limited movement across the Uganda-Rwanda border reduced trade within EAC.

On August 1, political forces FRELIMO and RENAMO signed a peace agreement to solve the conflict, which had been lasting since the Cold War. The agreement enabled the election, which took place on October 15.

So, FRELIMO won the elections and Filipe Nucie would be the president for next term. However, RENAMO is contesting the election results.

In early October, the country hosted a “National Dialogue” aimed at ending the Anglophone Crisis. The agreements on special status for two English-speaking regions, the election of local governors, and the return of the previous name of the country are among Dialogue’s results. In December, Cameroon passed a law on the special status of these provinces, enabling them to develop their own education and justice policies.

In July African states signed the agreement for creation of the African Continental Free Trade Area (AFCFTA). The FTA will become effective on May 1, 2020, with headquarter in Accra, Ghana.

The agreement provides a single trade market and movement of capital and people. The African Continental Free Trade Area (AfCFTA) will cover a market of 1.2 billion people and a gross domestic product (GDP) of $2.5 trillion, across all 55 member states of the African Union. 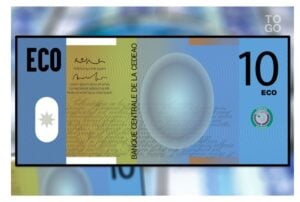 From 2020, 8 members of  ECOWAS will use new currency – “ECO” (like Euro for the EU) instead of the franc. The change applies to Côte d’Ivoire, Benin, Burkina Faso, Guinea-Bissau, Mali, Niger, Senegal and Togo in the first turn and then will target all other members of ECOWAS.

There are many obstacles approaching implementing the decision, but countries won’t be required to keep half of their foreign exchange reserves in the French Treasury. In addition, France’s influence on the currency management bodies of the countries will also be minimized.

On October 23-24, the Russia-Africa Summit and Economic Forum took place in Sochi. The participants signed more than 50 deals, at a total value of more than 800 billion rubles. Moreover, African countries received 300 cooperation offers in different fields.

The event was a signal of Russia’s willingness to participate actively in the “battle for Africa”. Although the focus was on economic cooperation, the Forum became an instrument to promote the main goal of Russia in Africa. It’s political influence through the control over natural resources and military support.

His major achievement is solving the border conflict with neighboring Eritrea, which has destabilized the region for 20 years. In close cooperation with Isaias Afwerki, the President of Eritrea, Abiy Ahmed quickly worked out the principles of a peace agreement to end the long “no peace, no war” stalemate between the two countries.

In short, 2019 was full of challenges for Africa. However, some of the above-mentioned main political events in Africa can be estimated as positive steps towards the continent’s peaceful growth.

But the key issue is the effectiveness of these initiatives. Some of these events, for example, the peace efforts in Mozambique and Cameroon, the new currency and the African Free Trade Area, have already faced several obstacles. The basic prerequisite for overcoming these obstacles is the political will of the leaders. A clear demonstration of this is the peace agreement between Ethiopia and Eritrea, which has ended the 20-year conflict.