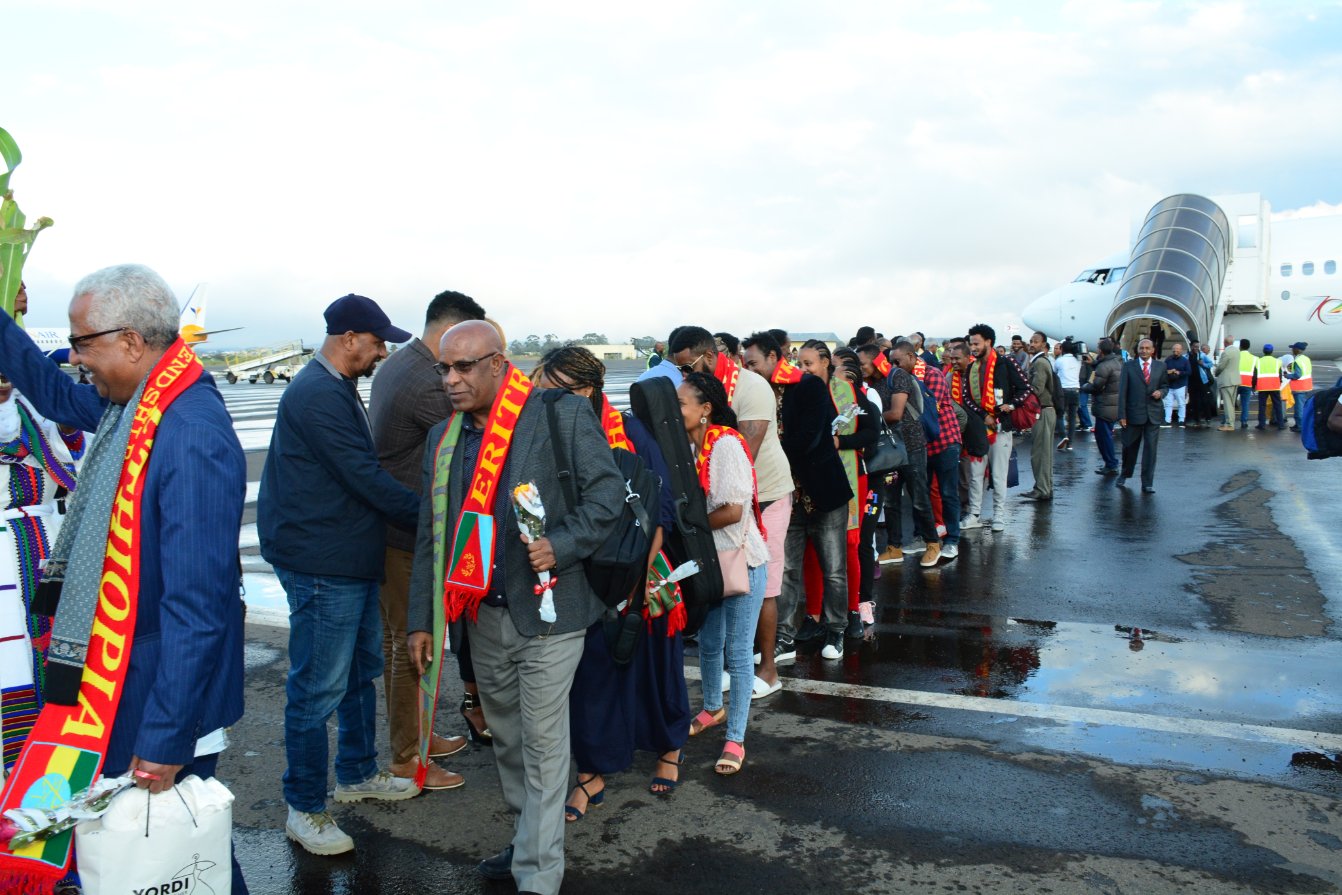 Upon arrival at the Asmara Airport, the delegation was received by high level Eritrean Government officials.

The cultural groups and artists will present concerts in Keren, Massawa and Asmara during their week-long stay, according to Yemane Gebremeskel, Eritrea’s Minister of Information

Eritrean cultural groups had made similar tour in Ethiopia last April, he added.

Ethiopia and Eritrea signed a peace agreement just over a year ago after two decades of hostility.

The two countries have now opened up diplomatic, telecoms and air transport links.

fanabc.com/english
Back to Dehai News