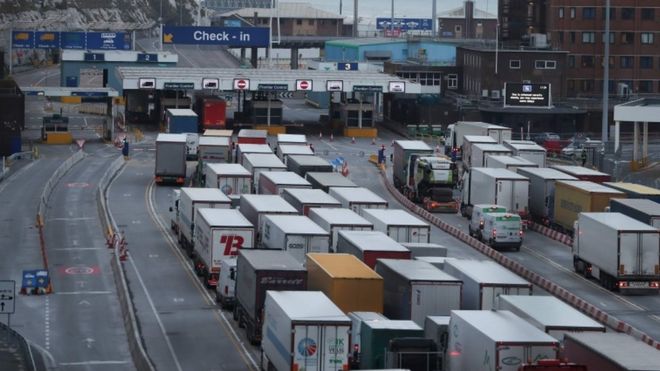 Since the Calais migrant camps were shut three years ago and security measures were increased at Dover and the Channel Tunnel, people smugglers have increasingly moved to other routes.

Asked which ports are being used, the National Crime Agency told me: "All of them."

More dangerous methods are being used to get human cargo through.

The most common one is being hidden in the back of a lorry, but increasingly commercial shipping containers are being used, sometimes even refrigerated ones of the type seen on the back of the truck in Essex.

Risks are substantial for the migrants, who can pay £10,000 or more for a space on these vehicles.

Police say identifying illegal shipments is a significant challenge and the National Crime Agency now heads a taskforce - Project Invigor - which works with partners in the UK and across Europe, sharing intelligence and resources to try and disrupt the smugglers.

Europol also has a dedicated centre pulling together every scrap of information on migrant smuggling into the EU - sometimes small-scale operators but also global criminal networks for which clandestine movement of people is a useful way to fund other activities.

There have been concerted efforts by police and the Home Office to ensure that cross-border co-operation on issues like people smuggling and trafficking is not diminished after Brexit but concerns remain.

The largest numbers of people identified being taken across UK borders come from Eritrea in East Africa, followed by Iraq, Afghanistan and Iran in the Middle East.

There are four significant routes into mainland Europe - into Spain from west and north Africa, across the Mediterranean to Italy, through Poland from the east and, probably the busiest route, through Turkey and up through the Balkans.

Police have recently targeted a number of large gangs in Bulgaria, Serbia, Hungary and Bosnia-Herzegovina. 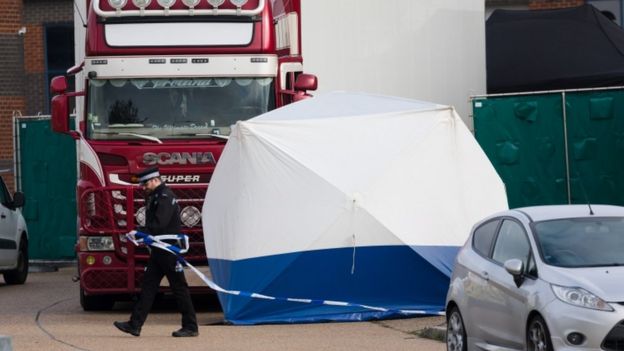 EPAOfficers inspect a lorry in Grays, Essex, after finding 39 bodies inside

To get across the English Channel to the UK smugglers are increasingly using less direct routes. From Cherbourg, for instance, they can sail to Rosslare or Dublin, and from there on to Holyhead.

Some 280,000 lorries go through the port in North Wales each year but that is almost a tenth of the number going through Dover which, police say, remains the single largest site for people smuggling operations.
-Tricky task of catching the people smugglers

39 Found Dead in Truck in UK