Criticism of Veldhoven emergency order at Eritrean conference in 2017 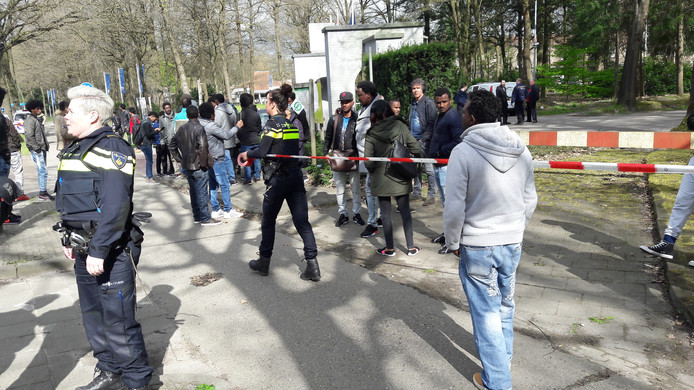 THE HAGUE / VELDHOVEN - Mayor Jack Mikkers may have resigned too quickly around Easter 2017 to a cry for help from the police, who indicated that larger and more intense demonstrations during a multi-day conference of Eritrean youths in hotel Koningshof could not handle, Council of State.

Editing ED 21-05-19, 10:23
Because the police, following a demonstration on White Thursday, indicated to the mayor that even more serious skirmishes between supporters and opponents of the Eritrean regime would be expected in the following days, Mikkers issued an emergency order to ban the conference as a whole. With that, more than 600 conference participants ended up on the street.
During the appeal proceedings, the Council of State was quite critical about the emergency order, which was only taken with a view to public order. "A mayor not only has a cap for public order, he must also stand up for the importance of Fundamental Rights in the Constitution," said judge and state council Ben Vermeulen during the trial in The Hague. There, the mayor had to explain on appeal, why he soon decided to ban the multi-day conference of Eritrean youth without first trying to prevent more blue on the street. According to his counsel, the mayor of Veldhoven was always overtaken by the lightning-fast developments surrounding the conference and demonstration.
Demonstrate
On Thursday there was a demonstration of around 130 opposition men against the arrival of a controversial delegate (Yermane Gebreab) from the regime in Eritrea. Subsequently, there were left and right signals on social media that about 500 people would be demonstrating on Friday. The mayor feared that the flame would hit the pan well in the following days. "When the police indicated they could no longer handle it, the mayor issued the emergency order. If there had been more preparation time, it could all have been poured into the barrel better, "according to Veldhoven's lawyer.
According to the counsel of the organizer SNEP (Stichting Nederlands Eritrees Platform), the mayor still had sufficient opportunities to maintain public order without prohibiting the entire multi-day conference for Eritrean youngsters in Europe. For example, Eindhoven had offered extra police assistance.
Although Vermeulen state council criticizes the mayor critically, it is not a very difficult matter of principle in which the importance of public order conflicts with the right to collection and freedom of expression. The Council of State will most likely make a statement in principle as to the threat conditions under which a mayor can or cannot ban a conference or demonstration. Judgment within a few weeks.
(Software translation)