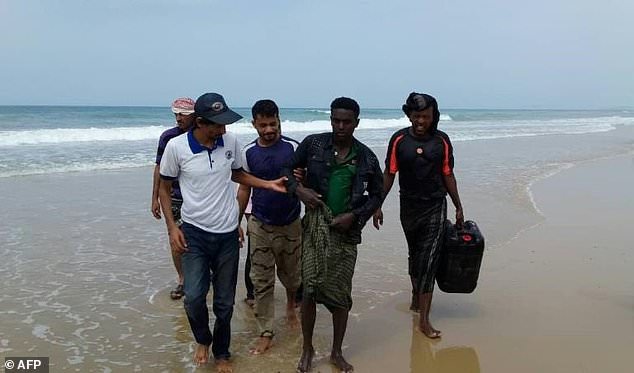 Hundreds of thousands of Ethiopians have left from the Horn of Africa for Saudi Arabia in past years in rickety boats, seeking to reach the kingdom via war-torn Yemen, but many have perished as their boats have capsized

Campaigners have called on Saudi Arabia to investigate allegations of the abusive and unsanitary conditions confronting migrants after some began talking to activists and international media using contraband cell phones.

"It's a living hell," a 23-year-old Ethiopian migrant told AFP from a detention centre in southern Jizan province along the Yemen border.

Although the exact numbers of detainees is unknown, the pictures triggered global shock, shining a rare spotlight on tightly guarded Saudi detention centres that have long remained out of public view.

Last week, Saudi officials launched a crackdown to seize the cellphones in a bid to prevent further leaks. And visiting Ethiopian diplomats warned detainees to stop speaking out, three migrants locked up in two facilities in the kingdom told AFP.

Held for more than five months, the impoverished migrants who originally escaped Ethiopia for a better life in Saudi Arabia are scraping by with barely enough food and water, the three said.

Clogged toilets are overflowing, and many migrants have developed skin infections and other diseases. 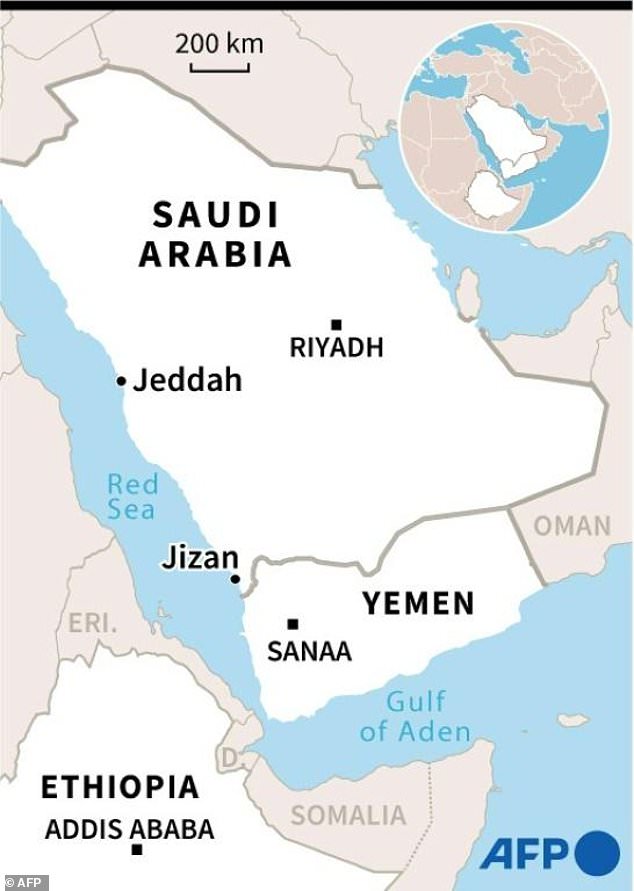 "People have been staying in that prison for more than five months, they didn't see any sunlight for five months."

He is in contact with the detainees and corroborated claims by the migrants to AFP that many people have taken their own lives.

Saudi Arabia's media ministry, the country's Human Rights Commission (HRC) as well as the Ethiopian embassy in Riyadh have not responded to AFP's requests for comment.

The International Organization of Migration (IOM) voiced concern over the facilities' "dire conditions".

"IOM has been following up closely on the extremely difficult conditions facing Ethiopian migrants in centres in Saudi Arabia," the UN agency told AFP, adding it was in contact with the Saudi HRC, which is conducting an "internal inquiry on the conditions".

Using people smugglers and rickety boats, hundreds of thousands of poor Ethiopians have undertaken perilous journeys over the past decade from the Horn of Africa to the oil-rich kingdom in search of jobs as domestic helpers, construction workers and animal herders.

Their journey takes them through war-torn Yemen, where Huthi rebels in April forcibly expelled thousands of Ethiopians, accusing them of being "coronavirus carriers", according to migrants and HRW.

The rebels "killed dozens" as the migrants were pushed towards the Saudi border, HRW said. "Saudi border guards then fired on the fleeing migrants, killing dozens more," it added.

As many headed to a mountainous border region, hundreds were eventually allowed to enter the kingdom and placed in detention.

Separately, the IOM says Saudi Arabia has deported roughly 10,000 Ethiopians per month since 2017 as it cracked down on undocumented migrants.

The pace slowed earlier this year when Addis Ababa requested a moratorium amid concern the migrants were returning with coronavirus.

Earlier this month, Ethiopia's foreign ministry acknowledged it was "not doing enough" to assist the migrants, while praising Riyadh's "outstanding support" to its citizens.

Addis Ababa appears careful not to antagonise Saudi Arabia, a key investor and source of foreign remittances in Ethiopia.

"We migrated from our country to change our lives," said the 23-year-old migrant, who survived the carnage at the border in April.

"We asked the Saudi prison guards to send us back to our country, but they say 'your government does not want you'."

His 21-year-old-wife is locked up in another detention facility near Jeddah along with their one-year-old infant son.

Contacted by AFP, she said pregnant Ethiopian migrants had given birth in unsanitary conditions at her facility as she voiced fears of being cut off from her husband if her phone is impounded.

Activist Birhane confirmed phones were being confiscated, saying the move was "to silence the migrants."