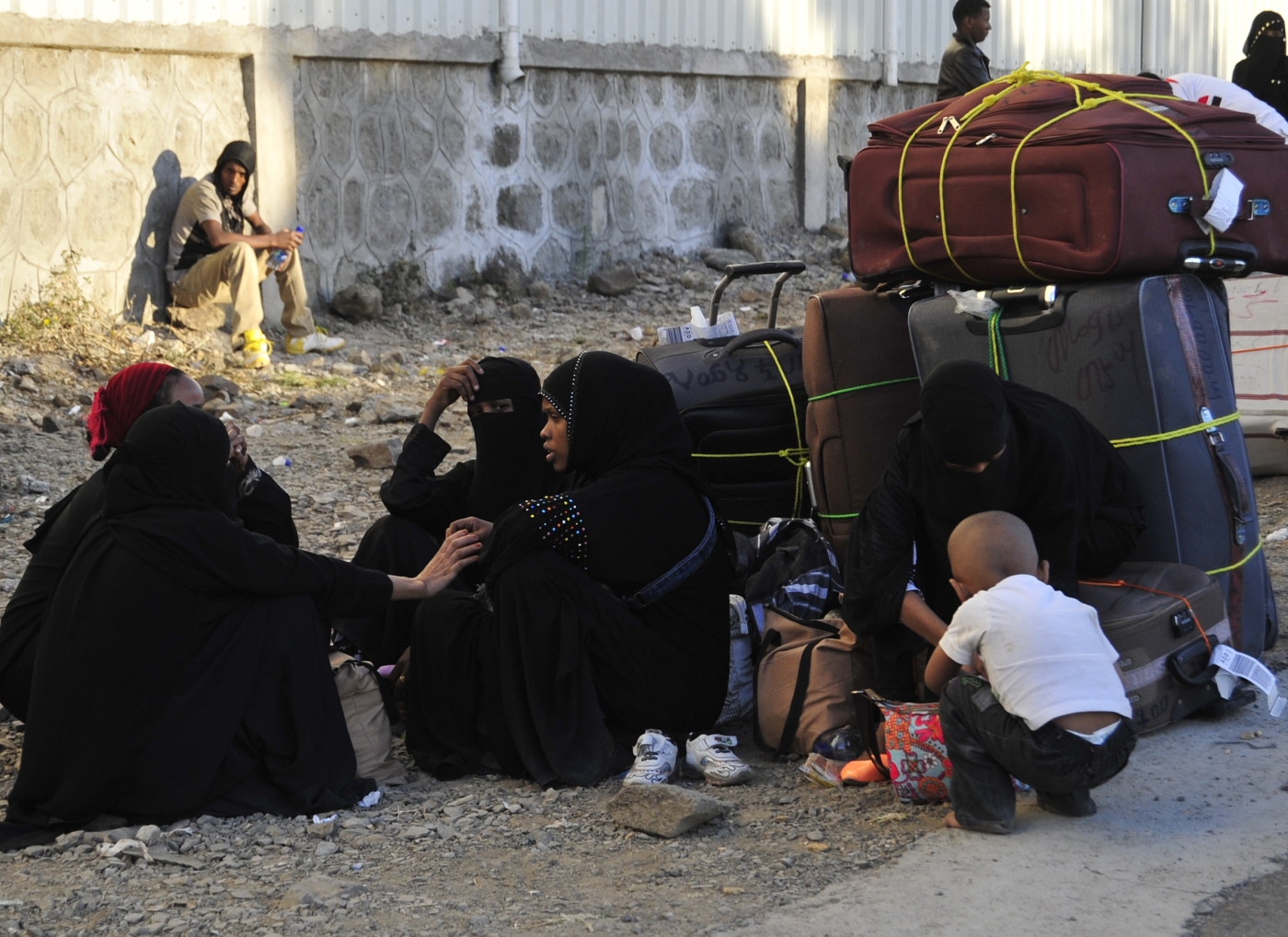 Ethiopian authorities warned migrant workers kept in deadly camps in Saudi Arabia of “legal repercussions” if they continued to raise awareness of their conditions on social media, a British newspaper has reported.

The Sunday Telegraph this week exposed conditions at a number of migrant detention centres in the kingdom - one of which is a half hour’s drive away from the city of Mecca, the holiest place in Islam - where people are dying of heatstroke, disease or by suicide.

Photos published by the paper show emaciated men lying shirtless on the floor in airless rooms. In others, the migrant men reveal scars on their backs, evidence of beatings.

One person told the newspaper that they had been “left to die”. The men had been locked up as part of the kingdom’s drive to stem the threat of Covid-19.

The revelations have prompted international condemnation, while Saudi Arabia has promised to launch an investigation into the allegations.

But in a document leaked to the UK’s Daily Telegraph newspaper, the Ethiopian government appears to have  attempted to silence the migrants. The documents, leaked from the Ethiopian consulate in the city of Jeddah, warned Ethiopians of “legal repercussions” if they continued to upload photos and videos from the detention centres on social media.

It warned migrants to stop sharing accounts of their abuse because it was causing “distress for families and the greater Ethiopian community”.

Dated 24 June, the documents appear to contradict a statement by Ethiopia’s Minister of Diaspora Affairs earlier this week that the government had only learnt of the conditions in the centres from the Telegraph investigation.

Asked about the documents, Ethiopia’s consul general in Jeddah, Abdo Yassin, told the Telegraph: “You are not aware of what we deal with on a daily basis here."

Yassin claimed that prisoners had grown violent and had begun to attack Saudi guards.

Despite the conditions, Ethiopia's govenrment said on Thursday that it was "thankful" to Saudia Arabia for accepting migrants entering the country.

Hundreds of thousands of people from Ethiopia and other Horn of Africa countries have made the dangerous journey through Yemen into Saudi Arabia and other rich Gulf countries seeking employment. Many are sent home.

“Horrific stories are the centre of trafficked migrants, these are things that we need to take into account in the process of detention, repatriation and integration,” Ethiopia’s statement said, without giving specifics. It added that it is “not doing enough” to fight human trafficking.

“The Kingdom of Saudi Arabia is always collaborative in establishing a safe and dignified repatriation process,” the statement said.

Ethiopia said it is working closely with Saudi Arabia after Saudi officials “raised concerns” about the number of migrants crossing its border.

“The number is escalating and the Kingdom of Saudi Arabia is accepting them despite their increasing number. The government of Ethiopia is always thankful to that,” the statement said.

In response to Sunday’s report, Saudi Arabia said it is looking into the facilities. Its statement, cited by the Telegraph in a later story, added that “sadly, the Ethiopian authorities have refused (the migrants’) re-entry under the claim of not being able to provide adequate quarantine facilities upon their arrival.”

But Ethiopia’s foreign ministry said it has “never refused to receive its citizens from any country” and that it has repatriated more than 400,000 citizens from Saudi Arabia between May 2017 and May of this year.

But that slowed with the coronavirus pandemic. Some 3,500 were repatriated between April and July amid concerns among some in Ethiopia that returning migrants might bring in the virus.

Another 2,000 citizens will be repatriated starting on 8 September, Ethiopia said. Meanwhile, it said it has established five new border checkpoints to slow the outward flow of migrants and plans at least 27 new posts overall.

The US State Department said in its annual report on human trafficking last year that some 100,000 Ethiopians travel illegally to Saudi Arabia every year, lured by promises of work and a better life.

An estimated 200,000 Ethiopians live in the kingdom, it said.