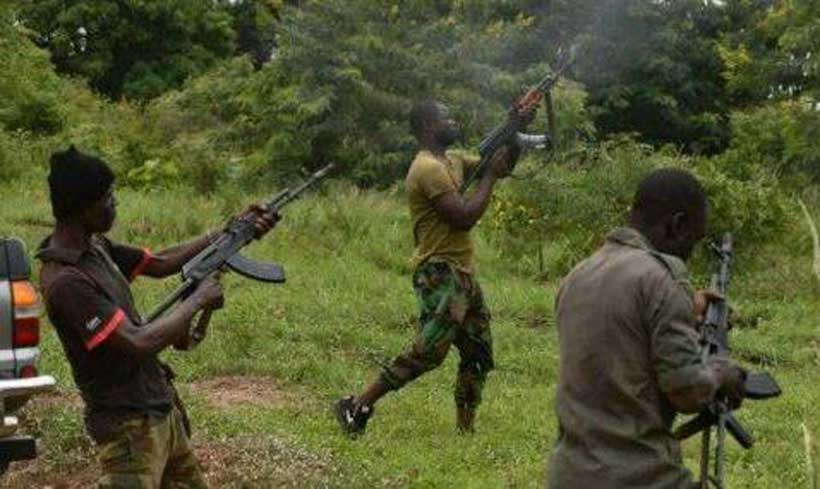 The shrinking of Lake Chad which has led to competition between farmers and herders over scarce resources coupled with Boko Haram insurgency in northeast Nigeria has rendered the Lake Chad region—which comprises areas bordering Nigeria, Cameroon, Chad, and Niger—one of the most volatile regions in Africa. Extreme deprivation, food insecurity, and rampant disease outbreaks have produced a humanitarian catastrophe with more than2.5 million people internally displaced in the four states with contiguous borders. And, to worsen the case, with the coronavirus pandemic, mobility has been constrained which, in turn, limits the flow of food and other basic necessities of life to refugee camps and communities within the region.

Nigeria is the epicentre of most of the security challenges in the region. A lot is known of Biafra separatism in the southeast, oil militants in the Niger Delta, street touts in the southwest, farmers and herders in the northwest, and Boko Haram (the West African Province of the Islamic State) in the northeast. However, little is known of the armed bandits—variously known as the motorcycle bandits due to their employment of motorbikes for terrorist attacks—in the northwest, particularly in states such as Niger, Katsina, Zamfara, Kaduna, Sokoto, Kogi, and Kebbi. This is partly because of the fact that the destructions and devastations perpetrated by the armed bandits are concentrated mostly in villages and rural areas than in the major urban spaces.

These lethal bandits operate out of abandoned forest reserves in the northwest and central states to abduct villagers, ransack shops, steal livestock and grains, and murder anyone who tries to flee the attacks thereby terrorising the denizens of the affected communities. In the course of the current coronavirus crisis, the bandits attacked rural dwellers who had received food from the government and other non-governmental organisations. Over 8,000 persons have lost their lives to these gory attacks. Because these attacks have been carried out in the rural areas of the concerned states, they have not gained traction in international media despite the brutalisms and devastations they have rained on myriad lives, families, and property.

The identity of the bandits are largely unknown but local sources and the police posit that they are an outgrowth of existing ethnic clashes between farmers and herders in the region which saw the rise of vigilante groupstake up arms to defend themselves. Thus, the local bandits are seemingly an admixture of criminal gangs and aggrieved Fulani herdsmen who have resorted to violence not only to shield themselves but also to profit from the lucrative trade of kidnapping for ransom which is pervasive in parts of Nigeria. In consequence of the fact that the bandits attack both farmers and herders—both groups reproach each other for instigating the attacks in a region renowned for the deep-seated animosities amongst different ethnic groups—their identity is difficult to pinpoint.

Surely, the reason for the emergence of this peculiar group lay in the governance crisis of Nigeria with the decades of corruption, mismanagement, ethnic animosity, and youth unemployment since its independence from Britain. Despite the huge oil reserves that contribute to the country’s federal revenue, Nigerian citizens have largely remained impoverished with—according to estimates from a 2018 report from the World Poverty Clock—about 86.9 million living in extreme poverty. And there are further projections from the World Bank and other international financial institutions that by the end of the current era of coronavirus pandemic—if does not become endemic—the Nigerian economy will be shattered and consequently plunged it into recession.

With the number of Nigerians living in abject poverty expected to increase to 110 by 2050, it is unlikely that Nigeria will achieve the UN sustainable development goals by 2030 not least because the Nigerian government now invests more in curbing its security conundrums than in education, health, and development. In the wake of the recent violent attacks on rural areas, the government has committed money to eradicating the bandits in the forest reserves wherefrom they carry out attacks, but this also meant that other sectors are side-lined with doctors threatening to go on strike in the middle of the coronavirus pandemic due to the malfunctional state of the health sector and the unfavourable working conditions of healthcare workers.

Perhaps the greatest anxiety about the bandits’ attacks is a potential alliance with Boko Haram— another fierce insurgent group in the northeast that has wreaked havoc on communities in the north east for over a decade. In a new video, Abubakar Shekau the leader of Boko Haram invited these bandits to join them in fighting for a good cause which is establishing an Islamic State in Nigeria. As he categorically put it “We call you to join us to institute Sharia globally. When you come, we will accept you according to (Shari’ah) law, and we (will) worship Allah as He commands us.” Such admonition has the potency of rallying the armed bandits to contribute to Boko Haram’s cause of creating an Islamic state in the region—the sort of state that abolishes western education, discards any notion of gender equity, and construes Shariah law as the preponderant law that must orientate politics and public life. In the Lake Chad region which is a confluence of cultures and peoples from different walks of life, this is an affront to democracy and freedom of expression.

A further alliance between the motorcycle bandits and Boko Haram would not only be catastrophic for rural denizens in the northern parts of Nigeria but will unleash further misery to the vulnerable within the Lake Chad region who have not only been forced to flee their homes and abandoned their means of livelihood but have also lost friends, relatives, and loved ones to the gory attacks. Curtailing the potential alliance between these two ferocious terror groups must be one of Nigeria’s major priority in addition to building a strong economy and accountable democratic institutions to check on corruption and mismanagement by public officials.