ChinaAfricaProject.com: Q&A: Judd Devermont on How African Governments Can Position Themselves in the U.S.-China Standoff 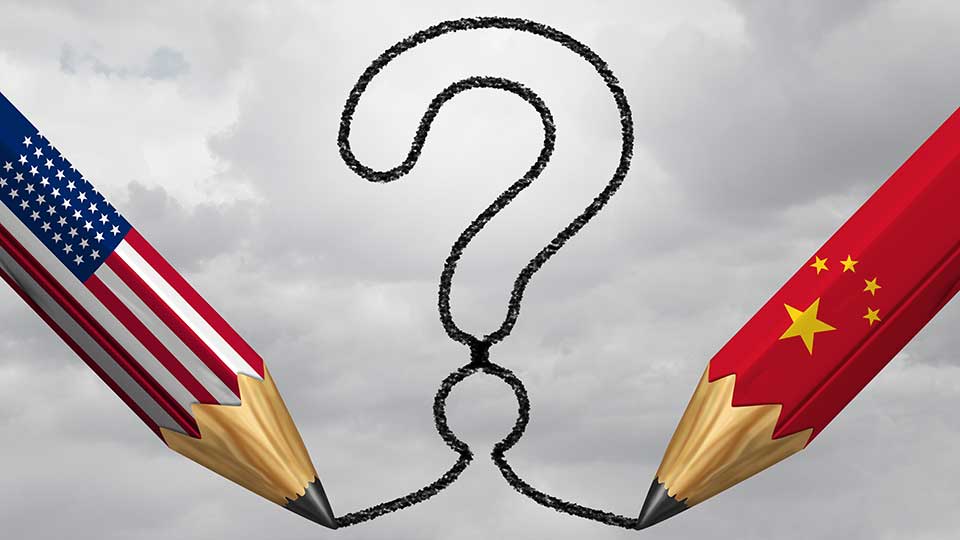 The overwhelming majority of African countries enjoy robust ties with both China and the United States but those relations are under increasing strain as Washington’s relations with Beijing further deteriorate. In recent months, a number of African leaders have expressed their desire to stay out of what’s commonly referred to as the new “Cold War” but that’s becoming increasingly difficult as Beijing turns to Africa for support in its campaign to push back against U.S. and European critics of its policies in Xinjiang, Hong Kong, the South China Sea and the use of Huawei 5G technology among a number of other contentious issues.

As the U.S.-China conflict intensifies, it will be incumbent on African policymakers to articulate how they plan to preserve their countries’ core national interests amid this increasingly contentious rivalry. Simply saying they want to stay out of any U.S.-China dispute will not suffice for much longer if they want to avoid becoming collateral damage.

So far, though, they’ve yet to do that, at least publicly.

But this isn’t going to be easy because endorsing one side’s position could very well alienate the other and that’s something that most African countries simply can’t afford to do right now. So, what to do? Judd Devemont, one of the leading U.S.-Africa policy analysts in Washington, D.C. and director of the Africa program at the influential think tank Center for Strategic and International Studies, speaks regularly with senior-level stakeholders in Washington, D.C. and a number of African capitals and shares some insights on how African governments can take advantage of this burgeoning crisis to assert their own agendas.

ERIC OLANDER: The increasingly tense stand-off with China is now the main focus of U.S. foreign policy around the world and will likely remain so at least until the November election. African leaders have said they don’t want to be caught up in the middle but that may no longer be possible given that the continent is increasingly seen by Washington as a theater of contention with Beijing.

When you speak with African government stakeholders, what counsel do you give them on how to understand the current situation in Washington, D.C. and how they should adapt their foreign policies to the escalating confrontation with China?

JUDD DEVERMONT: When African leaders stress that they don’t want to be a “pawn” in the fight between the United States and China, as South African President Ramaphosa said in July 2019, it tends to fall on deaf ears. Not because U.S. officials don’t understand the message, but because it is untenable in the current climate. It is not enough to say leave us out of your great power spat. That’s a principled position, but it doesn’t present a way forward for U.S.-Africa or China-Africa relations.

African governments have an opportunity to lay down markers about what they will and won’t accept from their most important foreign partners. For example, an African leader could mandate public disclosures of specific security and economic contracts provisions; require reviews of foreign proposals by oversight boards; and demand external partners accede to codes of conduct. These types of measures put African governments in the driver seat, undercutting U.S. critiques, imposing transparency on Chinese activities, and establishing under what parameters China and the United States can operate within sovereign borders.

ERIC: African leaders have said they want to maintain constructive ties with both the U.S. and China simultaneously. But when dozens of African countries outwardly support Chinese positions that run counter to U.S. policy like signing letters in support of China on Hong Kong or Xinjiang or publicly criticizing the U.S. campaign against Huawei, how do you think that is perceived by U.S. government officials?

JUDD: African support for Chinese positions on Hong Kong or Xinjiang are quite damaging for bilateral ties in the eyes of many U.S. government officials. Not only do these positions belie Africa’s professed commitment to human rights, religious freedom, and democracy, but they run counter to values expressed by their publics. When African governments sign these noxious letters or defend Chinese repression, it is near-impossible to write them off as pragmatism or neutralism. It suggests that some governments are willing to sacrifice their values to kowtow to Beijing.

In my opinion, African opposition to the U.S. campaign against Huawei is a different problem. While the region’s governments are incurring significant risks by allowing Huawei to install its equipment in their countries’ telecom networks, it is also true that there are few alternatives to the Chinese telecommunication giant. It is incumbent on the United States, European, and other partners to develop viable substitutes for Huawei or at least invest in technology to mitigate some of Huawei’s security risks.

ERIC: U.S. government officials often note that they are eager to engage Africa on its own merits and not just as a venue to challenge China’s growing international influence. But publicly we don’t see a lot of evidence of that happening in practice. Take last week’s announcement by the U.S. Exim Bank’s $4.7 billion financing deal in Mozambique that was framed as the latest U.S. effort to “displace China in Africa.”

As someone who interacts regularly with U.S. government stakeholders, help us understand what’s going on here. Is U.S. foreign policy towards Africa still intently focused on confronting China, as it’s portrayed in the media, or is the narrative we’re seeing in the news inaccurate?

JUDD: The U.S. government is not always monolithic, and its talking points are often crafted for specific audiences. When this Administration is communicating to a global or U.S. audience, it tends to be very hawkish on China. That’s consistent with the president’s statements and strategic documents, such as the National Security Strategy and National Defense Strategy. However, I have detected more nuance when U.S. officials are speaking to African audiences. It is not just U.S. ambassadors or the assistant secretary of state for African affairs. Look at Secretary Pompeo’s remarks during his trip to the region in February. Instead of slamming Beijing directly, he used a less confrontational shorthand for China and Chinese activities. He substituted “authoritarian regimes” for China during his speech at the United Nations Economic Commission for Africa in Ethiopia.

It is clear that the U.S. foreign policy toward Africa is focused on China, but I believe that there is an intent to engage the region on its own merits. It is evident in the shifts in the U.S. public statement when talking to different audiences, as well as the important investments and activities undertaken by embassy teams that don’t grab media headlines.

*Judd Devermont is the director of the Africa Program at the Center for Strategic and International Studies (CSIS). He is also a lecturer at George Washington University’s Elliot School of International Affairs where he co-teaches a class on U.S. intelligence analysis on sub-Saharan Africa. He is also a senior adviser at Kupanda Capital, a pan-African investment platform, and at Fraym, a data analytics firm. Judd regularly comments on U.S.-Africa issues on Twitter at @jdevermont.