Toward a Peaceful Order in the Horn of Africa

Toward a Peaceful Order in the Horn of Africa 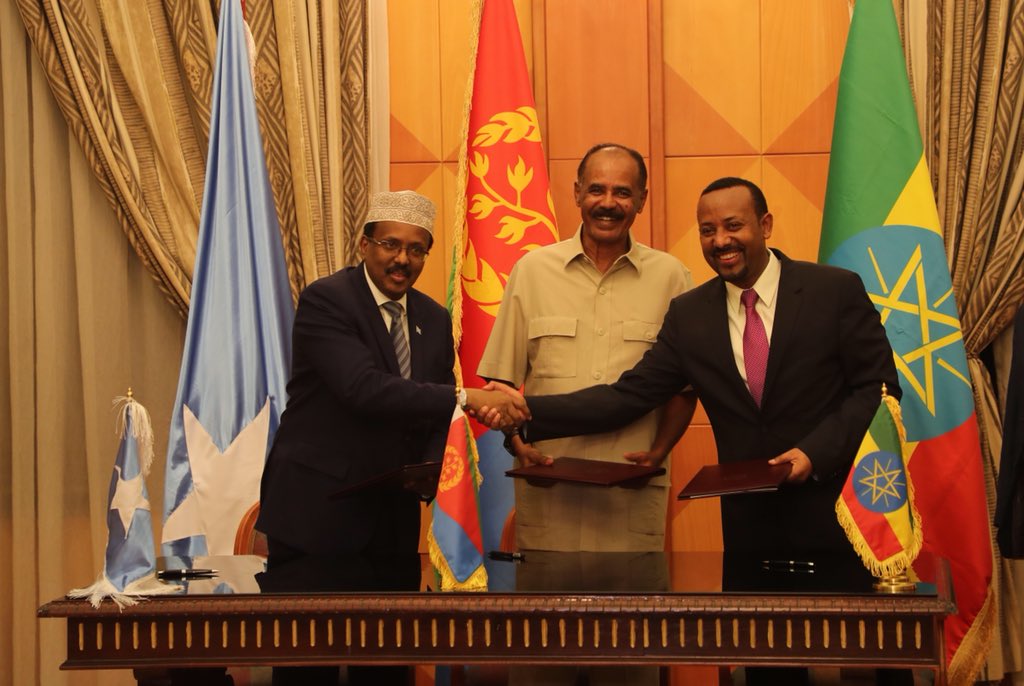 The Ethiopian government's victory over the Tigray People's Liberation Front came at a high cost, and the humanitarian situation in northern Tigray remains grave. But only an Ethiopia at peace, with a government bound by humane norms of conduct, can play a constructive role across the region and beyond.

ADDIS ABABA – Operations undertaken by the Ethiopian federal government have freed the Tigrayan people from decades of misrule by the Tigray People’s Liberation Front (TPLF). This has ignited new hopes, but also anxieties, about Ethiopia’s future and its role in the Horn of Africa and beyond.

The hopes stem from the removal – for good – of the corrupt and dictatorial TPLF. Ethiopians can now imagine a future based not on ethnic chauvinism, but on unity, equality, freedom, and democracy. Moreover, the source of ethnic division that had poisoned inter-state relations across the Horn of Africa has now been overcome.

But I cannot deny that the removal of the TPLF has fueled unease in the international community. Concerns about ethnic profiling in Tigray and obstacles to humanitarian relief abound. My government is determined to address and dispel these concerns.

So, to borrow from Thomas Jefferson, “a decent respect to the opinions of mankind” compels me to explain why my government acted to restore peace in Tigray, how we are alleviating suffering there, and why our efforts – supported, I hope, by the international community – will benefit all my country’s people, including those in Tigray and throughout the Greater Horn.

No government can tolerate its soldiers and innocent civilians being ambushed and killed in their dozens, as happened at the hands of the TPLF last autumn. My primary duty as prime minister and commander in chief of the national armed forces, after all, is to protect Ethiopia and its people from internal and external enemies.

Our operations in Tigray were designed to restore peace and order quickly. In this, we succeeded, but the suffering and deaths that occurred despite our best efforts have caused much distress for me personally as well as for all peace-loving people here and abroad.

Ending the suffering in Tigray and around the country is now my highest priority. This is why I am calling for the United Nations and international relief agencies to work with my government so that we can, together, deliver effective relief to all in Tigray who need it.

Meanwhile, we are working, day and night, to deliver necessary supplies to our citizens in Tigray and to those in want in neighboring provinces, as well as to ensure that human rights are respected and normal lives restored. To succeed, many challenges must be overcome. For example, reconnecting communication lines deliberately destroyed by the TPLF is testing our capacity to deliver humanitarian aid. In this work of reconstruction, the international community can be of enormous help.

My government is also prepared to assist community leaders in Tigray who are dedicated to peace. Indeed, we are already reaching out to them.

The international community understood what the TPLF was. Many had condemned its ethnic-based violence. Sadly, some were ready to turn a blind eye to TPLF torture, disappearances, and extrajudicial killings. Without the TPLF, it was said, Ethiopia risked fragmenting along ethnic lines, like Yugoslavia in the 1990s. Ethiopia’s collapse, the argument went, would usher in chaos across the Horn of Africa.

Common sense tells us that a regime based on ethnic division cannot last; but, as the saying goes, common sense is not always common. Fortunately, human societies can tolerate racial, ethnic, and religious violence for only so long.

In the roughly five years leading to my election in April 2018 as leader of the then-ruling Ethiopian People’s Revolutionary Democratic Front, which until then had included the TPLF, popular challenges to the regime multiplied. The TPLF responded with its usual brutality. The 2018 vote moved the country in a new and inclusive direction. The political party I now lead is the first in Ethiopia that is not based on race, religion, or ethnicity.

The TPLF’s regional policy was a crude extension of its domestic divide-and-rule strategy. TPLF Ethiopia, for example, adopted a policy of exclusion and ostracism toward Eritrea, against which it waged proxy wars from the sovereign territory of unstable neighboring countries – entrenching their fragility.

An Ethiopia free of the TPLF will champion peace and inclusive development. Internally, our “New Ethiopia” will be based on equality among all of our constituent groups, including the suffering people of Tigray. Externally, we will act in a way that recognizes that our national interests are inseparably linked to those of our neighbors.

The peace deal signed with Eritrea in 2018 is a living example of what Ethiopia is able and willing to do. That agreement resolved a violent two-decade-old stalemate, and allowed Eritrea to reintegrate within the Horn and the global community. Most important, its citizens, and those in my country residing along the border, can now live without the shadow of war hanging over them.

My government has also sought to reset Ethiopia’s relations with our other neighbors. Following the political crisis in Sudan in 2019, Ethiopia was instrumental in bringing that country back from the brink of civil war, helping create a transitional government of civilians and military representatives. Likewise, Ethiopia’s stabilizing role in Somalia is second to none, and our efforts to bring stability to South Sudan are unbroken.
Ethiopia’s current foreign policy is premised on a belief that closer regional integration benefits all. Our efforts to make operational the African Continental Free Trade Area is a key part of this.

More concretely, just a few weeks ago, we inaugurated a highway that links the Addis Ababa-Nairobi-Mombasa Corridor, a project that removes physical barriers to cross-border trade between Kenya and Ethiopia. Likewise, the road from Addis Ababa to the Eritrean port of Assab is being rehabilitated as a transport artery for international trade.

Moreover, in partnership with the private sector, new expressways are being planned to connect Ethiopia with the ports of Djibouti and Assab (to replace the older road now being rehabilitated), which will then be linked with Juba, South Sudan’s capital, providing that impoverished, landlocked country with a viable outlet for trade. Joint projects in ports and logistics, industrial parks, and potash mining are also being developed. And it is my profound hope that the Grand Ethiopian Renaissance Dam, when completed, will gain the support of all of our neighbors and offer unprecedented opportunities for everyone in East Africa.

Only an Ethiopia at peace, with a government bound by humane norms of conduct, can play a constructive role across the Horn of Africa and beyond. We are determined to work with our neighbors and the international community to deliver on this promise.

Toward a Peaceful Order in the Horn of Africa by Abiy Ahmed ...