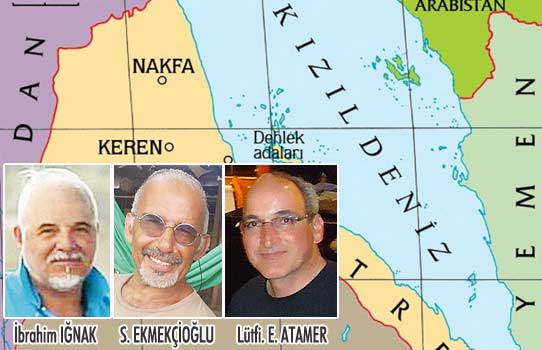 Three Turkish sailors are all set to return home after a nearly two-month detention in the East African country of Eritrea.

The trio was held in captivity for 56 days in Eritrea.

Ekmekcioglu and Ignak have sailed off to Turkey from Djibouti on a dry cargo ship, Ince Kastamonu with special authorization from the Transportation and Infrastructure Ministry, according to the information obtained from diplomatic sources.

Atamer will stay in Djibouti for a while and return to the country later, the sources added. The Horn of Africa nation is Eritrea's neighbor and enjoys good relations with Turkey.

Ekmekcioglu set off on a world tour in September 2017. Ignak and Atamer joined him this March.

After arriving in Djibouti, the sailors got supplies and fuel.

They could not continue their journey onward as the Suez Canal was closed due to the coronavirus pandemic.

The sailors decided to turn back and set ashore in Eritrea, only to be held by security forces.